Side City Studios is a developer of casino games located in Montréal, Quebec, Canada.

The company was launched in September 1999 by Luc Larouche and Alain Limouzin. At the time, they were working on promotional videos, television productions, and 3D web content.

The firm was snapped up by the NYX Gaming Group in 2015 as part of the mergers and acquisitions strategy prior to offering themselves up to a takeover by Scientific Games. SG Digital is the parent company today.

The studio's unique and innovative content caught the eye of the Loto-Québec subsidiary, Ingenio and they entered the world of games of chance during their second year of operations. 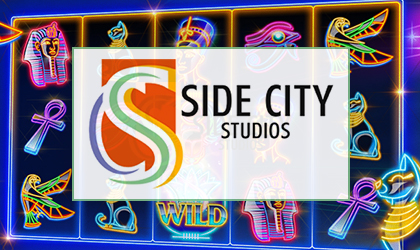 They continued to develop their prowess in the 3D arts, mostly publishing on CD for the gaming market, creating titles for Disney and others.

By year 3 they were still working in the television industry as well and some of their CD_ROM games were published for online play.

In 2003 and 2004, Xbox, PlayStation, and GameCube became customers with games like Street Racing Syndicate. In 2004 they were chosen to revamp Loto-Québec's online bingo suite.

It wasn't until 2005 that they got into the production of content for video slot machines, creating an entire suite of bespoke development tools including the Slotbuilder integration engine.

It was also in their 7th year of operations that they expanded their work for lotteries into the western provinces.

Setting their sites on Asia, the team broke into the European real money gambling market and refined their work on HD graphics.

In year ten they doubled the size of their studios, continued their quest for online gaming excellence, and opened the iPhone app labs.

By the end of that first decade, the studio had produced a total of 70 casino games, 160 casino-related projects, and 45 console games. 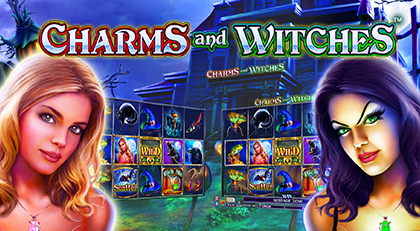 Not a lot is known about the years between 2010 and 2015 when they were acquired by NYX. Two years later, in 2017 NYX was acquired by Sci-Games.

While Side City's work may have been distributed around the globe under the NYX brand, as was often the case with their subsidiaries, the big break came when they joined SG Digital (formerly NYX Gaming and SG Interactive).

This development not only got them access to 40 licenses around the world, but opened the doors to over 200 operators, including state and national lotteries, online casinos, and land-based venues.

Of course, since they became a workhorse for NYX nearly a decade ago, the number of projects has probably multiplied exponentially.

In the US, we find their real money games in New Jersey and Pennsylvania at four online sites including SugarHouse and Golden Nugget and internationally at Videoslots.com and all of the gaming sites listed below. The list is geo-filtered for your particular location and the sites are listed in order of best to last.

Like all fresh new games, the slots are available to play in any web browser in HTML5. Some platforms may still require Flash permissions, but none of the sites we visited did.

The HTML5 format allows players to access the games on any device and optimizes the experience for that particular screen resolution, orientation, and more.

The graphics are just as sharp and clear when scaled up for an HD desktop monitor as they are super rich and sparkling on a handheld device.

Of course, any stereoscopic audio tracks or sound effects will only be as good as the device (or blue tooth speakers) you are using. 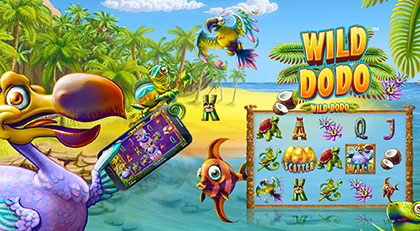 If this were simply an art studio that decided it would be a good idea to partner with someone and make casino games, we would understand the desire. However, they have developed their own in-house software and game engines as they progressed toward becoming a true slot developer.

All of their accomplishments in television and video, entertainment games, digital signage, and iPhone apps come into play in the quality of the products coming out of the labs. Add the additional experience in making actual slot machines, progressive jackpot screens for land casinos, and the work they've done as a third-party developer for countless other providers, as well as the focus on creating unique and engaging gambling games comes to the forefront.

We find a current portfolio of about a dozen games released under the company name. 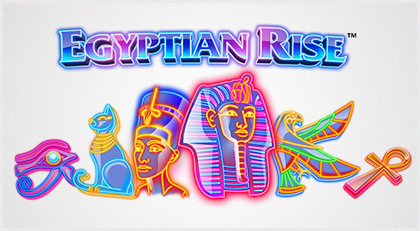 None of the games predate the NYX take over and begin to appear in late 2017.

All of the titles offer a state of the art user interface, crisp and clean uncluttered graphics, fancy but meaningful animations, and great sound effects.

The themes are diverse and game mechanics are well suited to each narrative. However, bonus rounds are not any more exciting than average on most games - that is to say, that skill and gamification as well as multi-level bonus play are virtually non-existent.

Behind the scenes, the math models run the gamut from medium-low to high volatility and the theoretical return to player percentages (RTP) are in line with anything else you would expect online - which is to say, better than most land-based venue slots.

Jolly's Gifts is one of the first games released and would probably not be suitable for advertising in the UK. The imagery is quite childlike and only partially lends itself to "anime-cute". 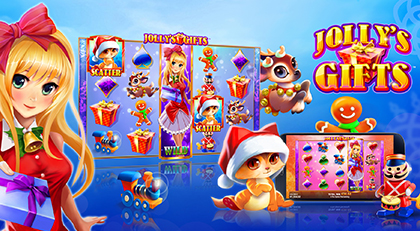 Christmas-themed icons are all toy-like and the game has an infective but simple soundscape.

Where it becomes interesting to many players is in the maths and mechanics.

The game has three bonus features:

The top-paying symbol, aside from wilds (750x) awards 200x line bet for five on a line.

It's okay to mix neon with Egyptian history when you play this game. Why not? It's just a video slot!

The 5x3 game has 243 ways to win (any three or more matching symbols on adjacent reels leftmost to right) and a wild with superpowers.

Winning spins are followed by a respin with the symbols held in place and more wild symbols are added to the reels. If your luck holds and you get four respins in a row, the fifth will launch the bonus spins with 5 more wild symbols added. This is about as close as they come to multi-layered progressively interesting bonus mechanics.

Fortunes of the Dead

Day of the Dead is the theme here accented by random mystery respins that show up as a ghost out of nowhere. Four wilds can appear somewhere on the reels with the respin. 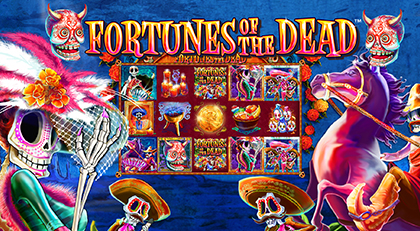 There's a picking game with skulls hiding prizes and bonus spins with random wilds. The excellent imagery and animations of this game as well as the Latin soundtrack and game sounds and anything but serious random features make the game very fun to play.

During the base game, the screen is electrified any time one of the two types of wild symbols is going to appear. Joker wilds populate a single reel position but can appear anywhere singly or in multiples and the Tower wilds cover entire reels.

Land three blue Bonus icons on the central reels to trigger the Zodiac bonus round. Here, three wheels will spin. On one wheel is a random number of free games - up to 15. One the next is the bonus game multiplier for each spin (up to 5x) and the last wheel determines whether you will have extra Jesters or extra Tower wilds during the bonus spins

Along with this, comes with Tower and Joker Wilds, Zodiac Wheels, Free Spins, full Wilds Reels, and Multipliers. It is a great gaming experience with many chances of landing the big wins – in the middle of this beautiful floating city.

This is an interesting acquisition for NYX/SG in that the firm appears to have remained free to continue all of their other streams of production in addition to game provenance. It's nice to see because sometimes the "little guys" just get swallowed up and basically disappear into the greater company when they get bought up.

The games speak for themselves in telling us of a design team par excellence, and perhaps that is because they keep their chops up practicing their other related disciplines.

While we would like to see more sophistication perhaps leaning toward Asian bonus mechanics, what they offer is as good and better than most others in that respect. Everything is else first-in-class.