The company is owned by Miroslav Androvski of the Czech Republic and the CEO is his son, Rosen of London. The firm also has offices in Bulgaria.

The company's first big break came in 2006, two years prior to Rosen taking the helm with the placement of their machines in Columbia, Ecuador, Mexico, Peru, and Venezuela by the distributor, Better Games.

This stroke of business brilliance gave the company a greenfield advantage in LATAM with the first significant permanent placements in the region.

In 2007, after political stability allowed their entry, Noble inked a deal with the state lottery provider in DR Congo, Societe Nationale de Loterie (SONAL). Using local artists for the scratch tickets and imagery from an existing video slot, the African outpost was cemented. 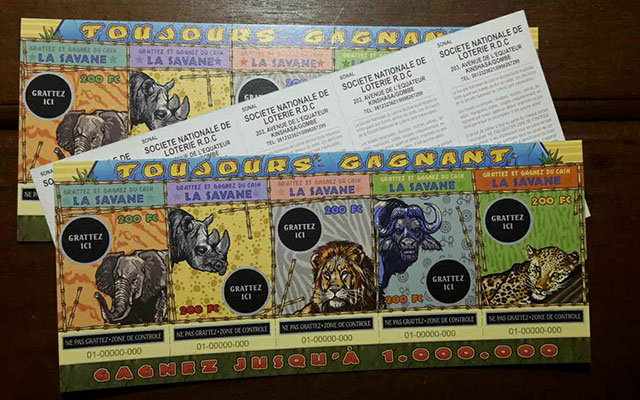 They expanded into Scandinavia the same year with video lottery terminals at Scandibet locations.

And then came ICE London in 2008 and the display of their offline multi-game machines. In the fourth quarter, they broke open the Czechian market as it became the first regulated VLT (video lottery terminal) market in all of Europe.

Soon after Yez Gaming was incorporated and registered in Malta, Noble was able to sign a deal to supply all of their games to the operators. One of their most well-known venues was the Greek-facing "Direct Slot".

The deal inspired the Androvski's company to develop an entire line of online games to complement their slots including European Roulette, Bacarrat, Black Jack, Casino Hold’em, etc. 1, 3, 5, and 10 lines video poker titles such as Jack or Better, Bonus DeLuxe, Deuces Wild, and Joker Wild were added to the repertoire. 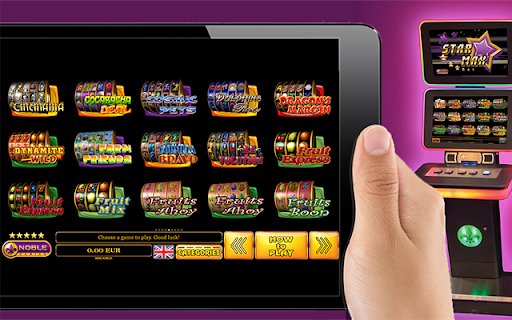 By 2012 they had figured out the mobile aspect of gaming and prepared their slots for iPhones, iPads, other tablets, and Android phones. The games can also be played on their proprietary satellite systems, like around a pool or in the lounge of a hotel-casino. Most development noted by the company over the next few years was in the land-based part of their business.

Their premier partner in the Greek market pulled out for some reason and it wasn't due to blacklisting, according to a list of Interim licensed companies found on Gambling Compliance. (.PDF)

They came back onto the iGaming scene rather quietly. Their website doesn't tout multi-jurisdictional licensing, but we find their games at about three-dozen online casinos from MELBET and Split Aces to Lucky Thrillz and DoubleBet.

The programmers have been able to convert all of their games to the HTML5 delivery format. The games can be integrated onto any platform.

HTML5 makes the Interactive division's games available for play in a web browser connected to the internet.

We'll take a look at a few of the slots available online. Many of the games offer three progressive jackpots but it's unclear what the RTP or monetary contribution is by players. They also have a 50/50 double or nothing game available after a winning spin.

Temple of the Sun 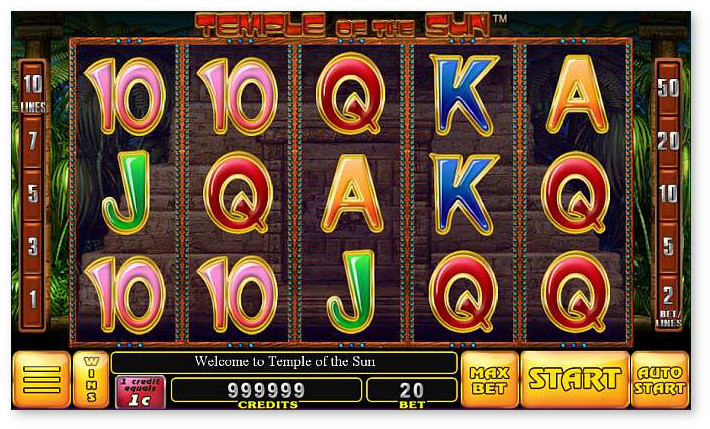 Temple of the Sun is a 5x3 slot with 10 paylines. The South American theme is well presented but there's not a lot of thrill factor to the game for those accustomed to advanced feature mechanics.

That said, it is one of their better games from that perspective.

The scatter symbol doubles as a wild and triggers 10 bonus spins with a special expanding symbol. 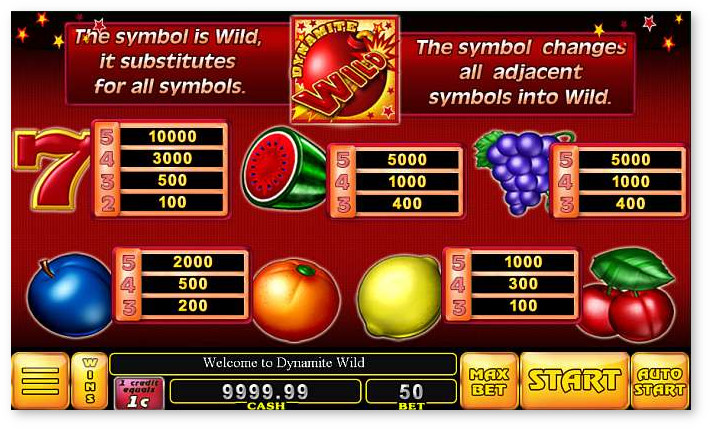 Dynamite Wild is a basic 5x3 fruit slot with five win lines. The Cherrybomb symbol is a special wild that changes all adjacent symbols to wilds as well.

Burning Joker is another fruit slot with the same game configuration of 5x3 with 5 paylines. The paytable is a little stingier so it's probably easier to catch a winning spin on this game than on Dynamite Wild.

Mystic Forest is a fantasy-themed game with five reels and ten paylines. Bonus features include wild symbols and scatters that trigger free games.

Her Majesty's Knights is a 5-reel game with 20 paylines. The game has a humorous theme but the only feature is a gamble game. Choose black or red for a 2x or nothing payout, or any of the four suits for 4x pays.

It's interesting that the company has been involved in online slots for quite a while now. We usually see some sort of announcement when a deal is inked for aggregation or distribution but missed this one somehow.

It's entirely possible they have been able to make deals on their own as most of the sites that carry their games are not on the most well-known platforms subscribing to the better-known aggregators.

However, many of the venues that host their slots do carry games from many, many providers. Bet&U has games from over 100 makers, and MelBet carries more than 70 different brands. Lord of the Spins has games from a "meager" 23 developers, but many sites have far more. 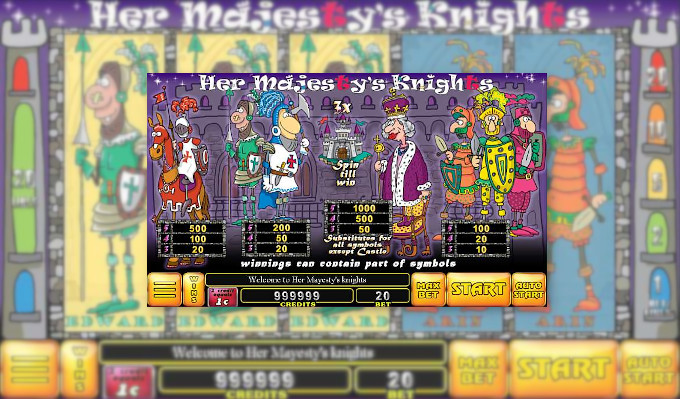 We assume that whichever platform picked them up has a Malta or UKGC license but we don't find this company listed with either regulator or any other easily accessible database of licensees.

The games are well-suited for beginning gamblers who don't want to be confused by advanced bonus mechanics. Since they are so simply presented, they would also be a good choice for experienced players who usually stick to 3-reel machines.

We find the simplicity refreshing and would prefer the ability to change line count on some of the games to tease higher volatility out of them, but that is a personal preference most players don't have.

We list casinos on this page that carry their games. The list is ranked by player approval with votes across the LCB network. Any rating over 3.5/5 is generally considered very good, but feel free to read a review of the site to learn more.