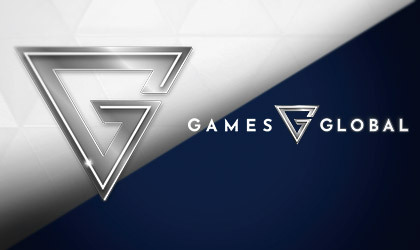 Games Global Limited is an Isle of Man-based slot developer and distributor that launched in 2021. The firm is headed up by Walter Bugno, the former CEO of the IGT International division (all offices except Italy).

The company’s portfolio features more than 3,000 game titles and over 50 individual partner studios in at least  25 countries acquired from Microgaming (pending regulatory approval). Also included in the deal is the entire progressive jackpot network developed by and for Microgaming.

It should be noted that the acquisition was of the Quickfire Distribution Network so it affects some 980 gaming brands that use the game aggregation agent while sites that use the original Microgaming Viper client (Casino Rewards group - Casino Action, Lucky Tiger, etc., and Buffalo Partners - Lucky Nugget, Gaming Club, et al) will remain on the download client software.

Bugno has had a long and successful career after growing up in Australia and Italy. His command experience goes beyond the gaming industry to include about 4 years as president of Campbell’s Soup in the Asia Pacific region. Following that, he became CEO of Australia’s Tabcorp Holdings Limited. One accomplishment while there was negotiating a new 12-year exclusive casino license with the New South Wales government for the Star City casino complex in Sydney, the only casino allowed to operate in New South Wales.

He then joined GTECH, then known as Lottomatica Group and now known as IGT after a successful merger/acquisition of International Gaming Technology by the Italian lottery giant. His division was SPEILO International in 2010 and two years later he took on the firm’s interactive business covering all of Europe (except Italy), the Middle East, Latin America, and the Caribbean as well as Africa and the Asia Pacific region. He remained until retiring from his position in May 2021.

His current project puts him at the top of the world again with the Microgaming Acquisition and Studios Acquisitions completed in 2022. 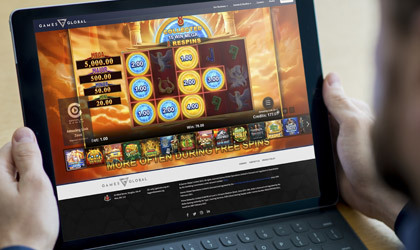 Microgaming is the grand old man of online gaming and now Games Global will carry on the legacy. The company developed the first true online casino software clear back in 1994 and arguably the first mobile software in 2004.

The Quickfire product was revolutionary when it debuted in 2010. For the first time at such a large scale, individual operators and groups of gaming sites could deliver browser-based gaming content from multiple studios with more or less simple API integration.

Other firms, such as London’s OpenBet had dabbled in remote game server tech and preconfigured gaming packages as far back as the 1990s - but it took the heft of the Godfather of Slots putting their back into it to profoundly change the online gaming experience on a global scale. Gone were the days of single software download-only gaming clients.

The new model of instant play games from multiple providers made it possible for dozens and perhaps hundreds of boutique studios to create a small handful of games and get them to market using Quickfire. The gaming space virtually exploded with new talent.

While Quickfire is a powerful tool in its own right, it becomes even more powerful when integrated with other aggregators such as EveryMatrix, SoftSwiss, Tain, and others.

A large part of Games Global’s arsenal is the world’s largest progressive jackpot network. The games, like Mega Moolah, Treasure Nile, and Major Millions have paid out well over a billion dollars (1.2 billion euros plus) over the years. In recent years, their Studios Partners program has seen the addition of several new titles. We’ll talk more about the exclusive studios in the following section.

The current total progressive jackpot pool as of the time of this review is over $10m. It’s yet to be seen if Games Global will carry on the tradition of paying players directly, rather than through the accounts of the casino the player was visiting when they won.

Some of the titles that Casino Listings has tracked since 2006 include the low-roller favorite Tunzamuni and the world-record-holding Mega Moolah. In January 2021, a Belgian player set a new record on Absolootly Mad Mega Moolah with a win of over 19m euros.

The reason the jackpots grow so fast and fall so often is that all Mega Moolah games share a pooled jackpot and players at nearly 1,000 different gaming sites contribute to the jackpot with every spin. It’s hardly even “news” any longer when someone wins a couple of million because so many people play the games and win.

Current info is a bit sketchy on just which studios will be developing for Games Global. We have confirmed a handful of current/former Microgaming Studio Partners that will continue to serve up exclusive content for the new company.

We’ve found that many of the existing studios were simply created out of whole cloth from within the historic developers of games - but that may not be the case with all of them.

The following labs and studios have been confirmed as part of the acquisition:

A brief list of games would include Immortal Romance, Thunderstruck Wild Lightning, Assassin Moon, Book of Oz Lock’n Spin, 9 Masks of Fire, 9 Pots of Gold, and Africa X UP to name a few.

Games Global Limited has pulled off one of the biggest and most important acquisitions in the history of online gambling. This reviewer would not even hazard a guess at the value, and no numbers or sources have been released. Since the deal is being made with private equity we won’t even discover the numbers through public filings when the deal closes in early to mid-2022.

The company will employ well over 1,000 team members in Europe, North and South America, South Africa, and Oceania.

We don’t expect the new company to be more transparent than the original, but we trust in the regulators and regulated jurisdictions that will watch over them for the players.

We’ll let the new CEO sum up what we can expect, in his own words:

“We are seeing a very vibrant gaming market at present across the world, with many new regulated markets coming online. The creation of a new large-scale independent supply chain that Games Global will be, has not been witnessed for many years. We are committed to delivering a world-class best-of-breed product and services offering that will ultimately enhance the end user’s gaming experience and help drive our customers’ businesses. We are extremely excited about the opportunities ahead and will work tirelessly to achieve the significant opportunities in front of us.”