CQ9 Gaming is a Taipei, Taiwan-based HTML5 online casino slot developer. The company launched in 2016 and in a few short years already had over 100 mobile-ready games in its arsenal.

According to Slotegrator, a game aggregator that partnered with them in 2018, the company's titles can be found at over 1,500 gaming sites across the globe. While primarily focused on Asian markets, the games are also available throughout Europe and in a select few American-facing slots portals.

We find their games for U.S. players at VegasCrest and CyberSpins - two VistaGaming powered sites that always seem to be ahead of the curve when it comes to cutting edge new slot releases.

All of the developer's games are certified by Gaming Laboratories International (GLI) to conform to industry-standard technical specifications and gambling laws internationally.

GLI meets ISO / IEC 17025,17020 and 17065 standards and is certified in the US and globally. Attesting to GLI's place in the industry, the labs certify games for some 400 supervising authorities and institutions.

GLI has US and Global Certification. The labs also meet ISO / IEC 17025,17020 and 17065 standards. Having the technical ability to test and verify gaming, gambling and lottery industry. Founded in 1987, GLI is currently the official testing laboratory of nearly 400 gambling supervising institutes, offering one of the most absolutely fair test and verification protocols for the global gambling market.

While we haven't been able to identify the corporate structure and ownership, as is often the case with Asian company's operating in the western world, our research does indicate that the firm employs over 200 artists, designers, mathematicians, and software engineers. There may be some overlap in directors or consultants with larger Chinese and Taiwanese firms, but we've not been able to confirm that independently yet. 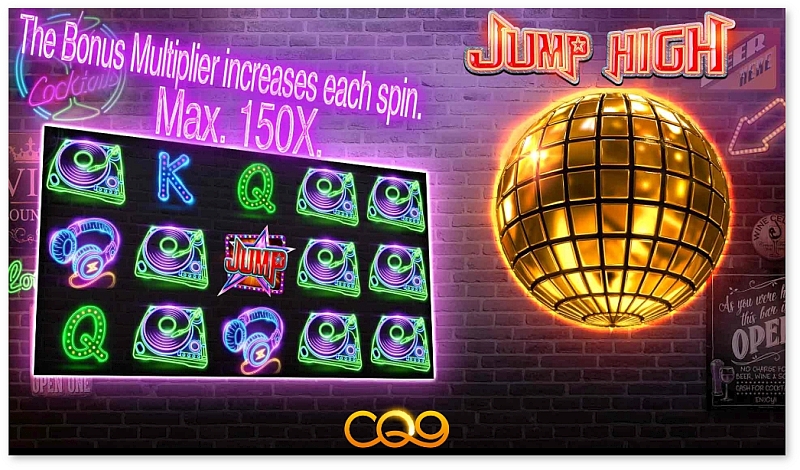 All of CQ9's games are developed and deployed on the HTML5 framework. This not only means that they are mobile-ready, but they also scale perfectly to any sized consumer screen without any loss in resolution or dynamic display capability.

Sound and animation are perfectly integrated without the possibility of lag between elements.

While some feature mechanics may not be instantly available if you hit a bonus in the first few spins, they will load in the background and can be ready for the event sooner than normally triggered, on average.

Players will find not only well-executed themes with high-quality graphics but also well-developed characters presented in detail.

Not all of the games use all of the potentials of the technology, skill, and expertise of the design studio and labs.

However, even 3-reel titles such as Dragon Heart offer far more excitement and potential reward than many legacy slots in the traditional genre of 3 reels and 1 pay line.

DragonHeart accepts bets of one coin per line (variable value 1-500) over five pay lines and boasts features not usually found on such simple games. Look for stacked wild symbols, free re-spins, and a feature game. Discounting bonus enhancements the max win per line is 100x line bet or $50,000 per spin.

Jump High is a popular title that spawned a series of games with various enhancements and features. Look for Rave Jump, Rave Jump 2, and Jump Higher. We would not be surprised if they carried the franchise further with more deviations.

The flagship game of the series, Jump High is a 5x3 slot with 243 virtual paylines. Any matching symbols on adjacent paylines from leftmost to right create a winning combination.

The RTP (certified theoretical return to player percentage) clocks in at a respectable 96%.

Depending on the venue you are playing at, the game can be delivered in normal mode, or in an enhanced configuration that includes progressive jackpots.

The neon Jump symbol is wild and the disco ball is a scatter that can trigger 12 free spins. Up to 7 balls can trigger the feature and add a 3x multiplier to the maxed-out 50x.

During free games, a glitter ball is placed on each reel. There's also a phenomenal bonus multiplier that increases with each spin of the reels. The greatest number of free spins that can be won is 50, but with the additional 3x multiplier the final spin can be worth 150x!

A deeper look at some of the slot games can be found on the following pages:

Outside of the spinning reels realm lies a multi-player fish game with skill elements working side by side with the certified random number generator.

Several Asian-facing developers have games similar to Paradise and many of them seem to be developed on the same platform as the others. Much mystery surrounds these multiplayer shooting skill games with rumors of AI implementation and other features that tailor gameplay to individual users or localized markets.

CQ9's offering seems to be superior to most others we have examined with the inclusion of multiple "skill cards" (modes) and a unique artistic presentation.

The characters are rendered with jovial mannerisms and dispositions. There's a lot going on behind the scenes to prepare the engine for play, so patience is needed the first time the game is loaded.

While the action may not be as intense as it is when playing an in-person shooting game like AruzeGaming's 6-shooter casino floor game by a similar name, players will still experience edge-of-your-seat engagement with 100x multipliers and other skills just the push of a shortcut key away.

Highlights in the action include:

Paradise II is another fishing game with enhanced modes and multipliers. Unfortunately, we were unable to fnd it deployed for real money play in the Americas upon review of the software.

We assume it comprises the same elements of skill along with random targets worth less than the one you are aiming at interfering with some successful "kills". 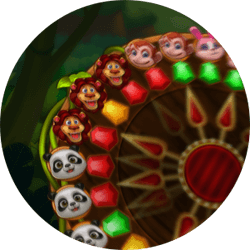 While the studio has produced over 100 games to date, none of them have been traditional casino table games. We don't find that to be a negative as they focus on what they are best at, and appear to leave the cards, dice and wheel games to other developers.

Several titles were under development as of review time. Upon launch, they should be available at Fun88 or any of the U.S. facing sites. We were able to locate a teaser graphic for one of the arcade games prior to release - pictured here.

CQ9 Gaming is well established in the East and considered by many to be the premier Asian slot developer. We find the bonus mechanics to be attractive and satisfying, and some of the jackpots to be intriguing.

The lack of attention to table games also does not merit negative comments as there is already a near limitless supply of high-quality casino games available for online play. We do note that Microgaming has partnered with Switch Studios to produce new cutting edge table games and those should fulfill most players' need for novelty in the genre.

The multiplayer "skill" games are a curiosity, but well worth exploring. Individual shots can be taken for 0.01 each and the random element makes them a tempting "go-to" to finish out a depleted bankroll, have a little fun at any point in a session, or to seek a "Hail Mary" to replenish a flagging balance.

It's nice to see Asian developers and Asian-centric games come to more European and American online casinos. Some of the bonus mechanics and multi-tier features are not found in most European titles.