The company's first real money game was created in a collaboration with EndemolShine Gaming and released on the Playzido platform in July of the same year.

Within a couple of weeks, the studios had firmed up a deal to join the Yggdrasil Masters Programme, giving them access to the company's Game Adaptation Toolkit and Interfaces (GATI) toolkit.

That's some powerful mojo... who is going to use it?

Bang Bang Games Managing Director, Frank McPolin was head of product and product developer at Endemol Shine for more than 7 years prior to moving to the current concern full time.

Prior to that, he had a lengthy career in marketing, media, and technology with a lot of development experience in the former Flash technology, mobile applications, and even 3D widgets.

Game Designer, Michael Manto traces his iGaming origins back through freelancing in casino and mobile game design and maths; a year-long stint with GSN in TV and Games; Head of design at Push Gaming in the early days of HTML5; a few years as a game designer for Bally in Sydney, as well as Aruze and Aristocrat.

The technical director is Dan Rostron who currently calls Taiwan home but whose experience was almost entirely gained in London.

Unsurprisingly we see him developing HTML5 games for several years at Endemol Shine, running his own software and consultancy business for well over a decade, and developing an HTML5 slot game for Scientific Games (using typescript with a custom MVC framework - most likey in Java).

For such a young company they sure have made great strides. The release of game number one within a few months of launch suggests that some of the components could have been developed at Endemol since at least two of the major players previously worked there.

However, that is as yet unclear. Other possibilities include a world-record game creation life-cycle or the use of a "SlotBuilder" program like that provided by WeAreCasino (not likely).

If the game was not already under development in some respect, our next best guess would be that they also participated in YG Publishing's Game IP. 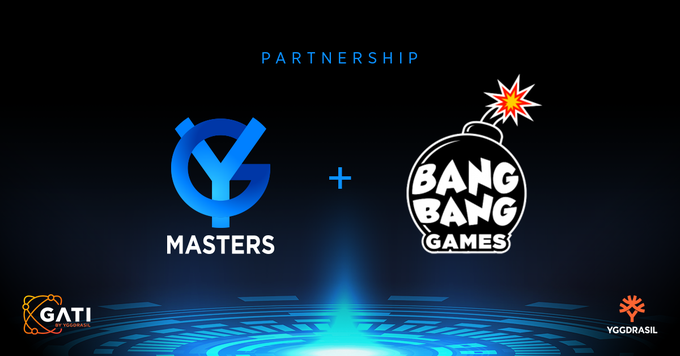 This option would allow them to license existing Yggdrasil content such as a complete game engine, tweak it if desired, and hire out or produce the artwork, animations, and sound effects themselves.

The next serendipitous event or perhaps simply a nod to their business acumen was the choice to join YG Masters and access the company's Game Adaptation Toolkit and Interfaces.

GATI is part of the publishing arm of Yggdrasil Gaming that allows partners to develop and distribute games in a hybrid aggregation and distribution model.

YG Masters is one of three verticals in the Publishing house - the other two are YG Franchise, and YP Game IP.

Yggdrasil bills the Masters as the future of iGaming content aggregation. It is building a host of partners to give the best developers - large and small - access to the strongest deployment network in iGaming.

unexposed to other partner labs and studios.

Part of the package is the social and real money in-game promotional tools that attract so many operators to the Yggdrasil brand. The built-in marketing tools then attract players to the games which can see full market integration in very little time.

Because all of the tools are integrated into the interface, builders can create one iteration of the game for global deployment rather than crafting individual application programming interfaces for individual platform deployment.

There's no doubt the games will all be deployed in HTML5. This makes them available to play on any browser whether on a handheld device or desktop, regardless of the operating system.

Wrath of Gods is a high definition HTML5 video slot with an RTP (theoretical return to player percentage) of 96% and medium volatility. On a spectrum of one to five, it sits at three for explosiveness.

The game has 7 reels with 1, 2, 3, 3, 3, 2, 1 positions respectively in the base game - rather like a pyramid in shape. Pays are for any three or more adjacent matching symbols anywhere on a pay line. There are ten paylines in the base game prior to any feature mechanics activating.

Zeus can pop up and send a lightning bolt to the central reel making it wild and applying a multiplier up to 5x to any wins. Regular wild symbols can also appear on any spin.

Game icons and animations are very well rendered and accompanied by appropriate sound effects. The gameplay is "smooth".

You will hear Zeus before you see him appear, which builds anticipation - especially since he is imbued with far more power than the ability to turn a reel wild with multipliers.

As well, any base game or bonus game spin can see the reels expand up to five-high on the central reels. Specifically - the base game has 10 paylines, expanding to 4-high in the middle creates 20 lines and when it goes 5-high, 30 paylines are available. 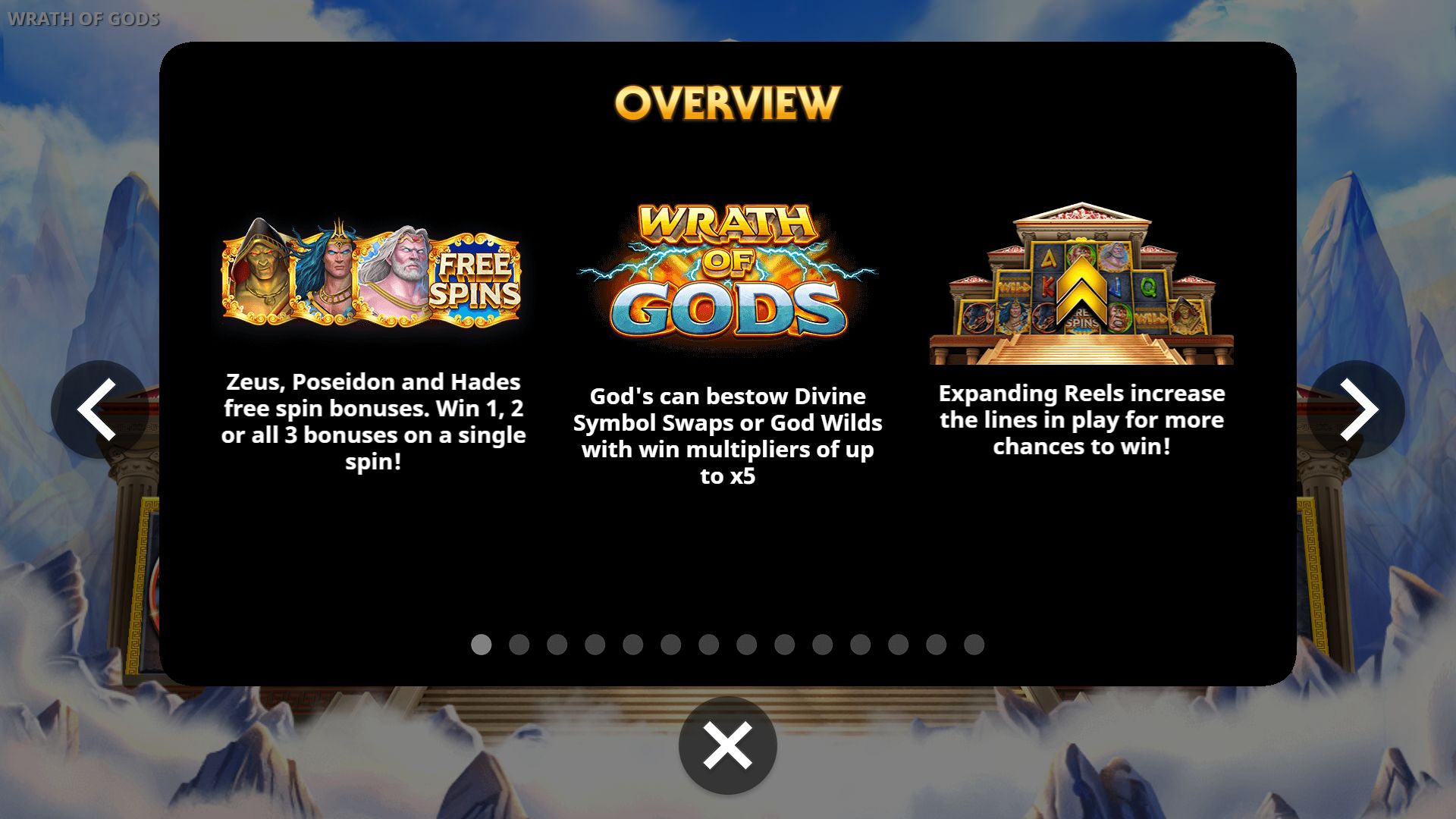 The game has multiple features that can be triggered at the same time thanks to only needing one free spin symbol and being able to match it with a pair of any or all Gods.

It's always nice to see a young company come out of the gate with a premier game. Bursting onto the scene on the up and coming Playzido platform as well as partnering with Yggdrasil bodes well for the studios.

We'll look for more games on Playzido as well as over the Quickfire network with Yggdrasil's hook-up there. If you find new games before we do, drop a note and let us know what you think of them!