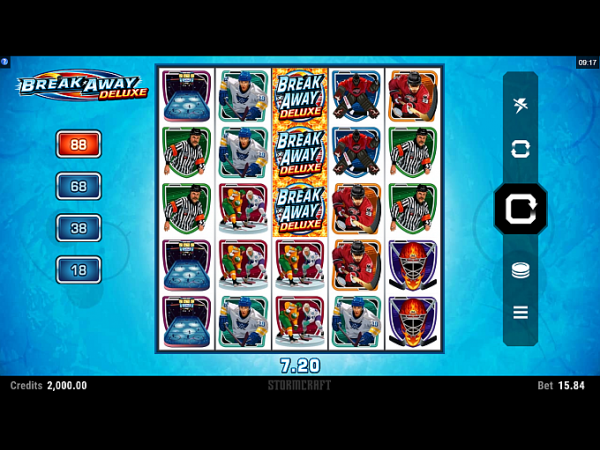 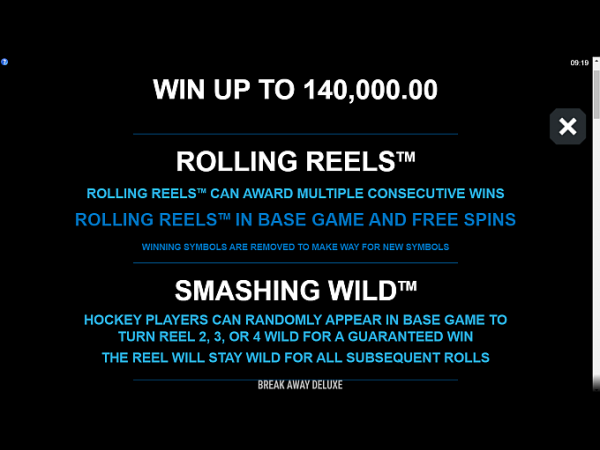 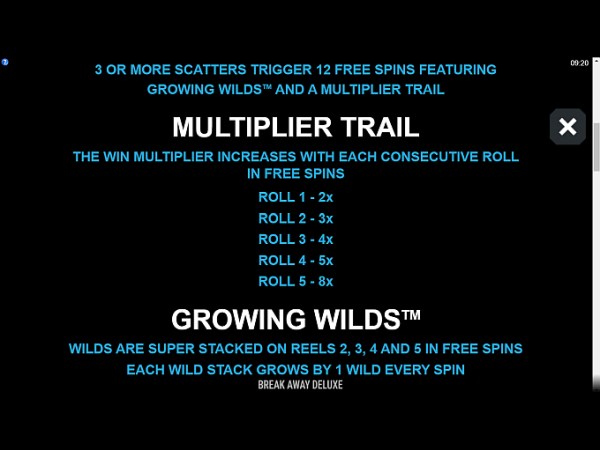 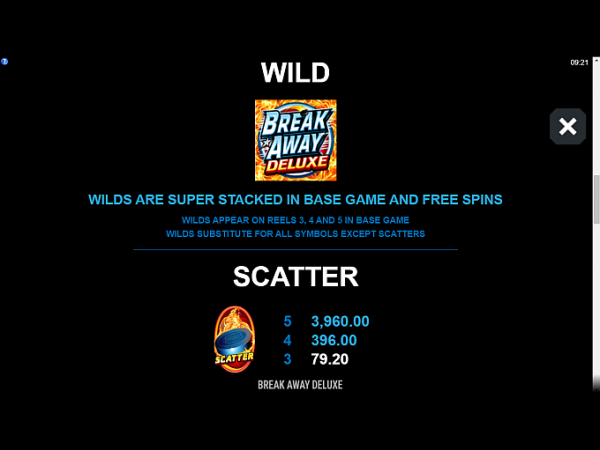 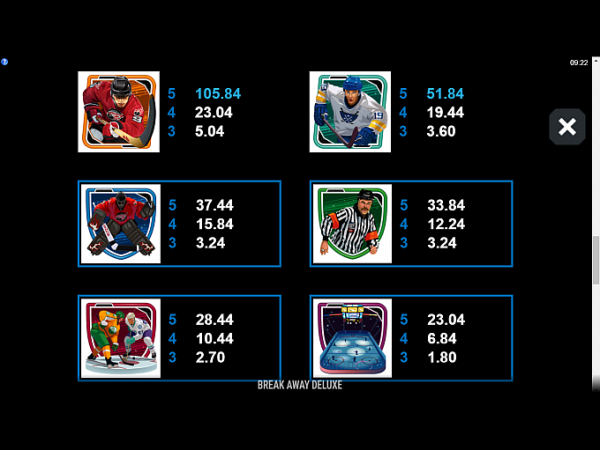 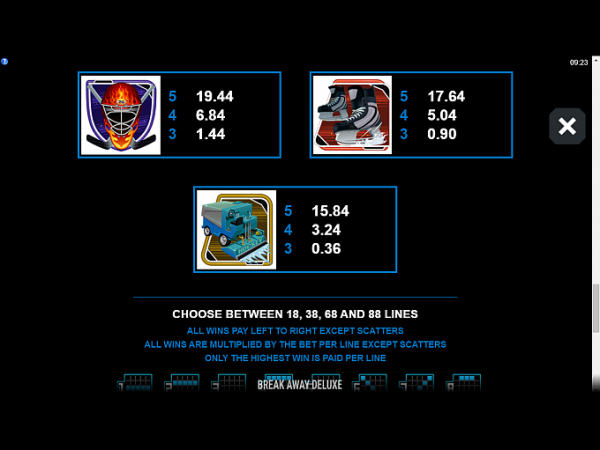 Some things are traditional for a reason. Usually, it’s because they’re really good. Hockey is one of those things, being the most popular sport in many countries and especially in Northern America.

And, of course, when something is so venerated there will be a ton of media celebrating it. People of a certain generation will surely remember the Mighty Ducks series of films dedicated to this sport. Then also, the “Miracle on Ice” at Lake Placid in 1980 when the underdog US team beat the Soviet Union Favorites.

Another thing that is tied up with popular sports is stickers. Before the Internet and video games, this is what children did to occupy their time.

Developer Microgaming has already celebrated the history of trading cards once before with the excellent Break Away slot game but now they’re back at it with third-party collaborator Stormcraft to infuse new life into it.

The new take on an old favorite is called Break Away Deluxe and comes courtesy of third-party developer Stormcraft Studios.

It’s all about those lovely trading cards that children used to collect from gum packets and trade with each other at recess.

Starting up the game the first thing you’ll notice is how colorful the entire presentation is. Bold primary colors come from everywhere and surprisingly don’t really clash. Instead, they create a bit of a time machine effect that transports the player back into a simpler time when little colored pieces of cardboard really meant something.

Of course, in this game…

…those cards are transformed into symbols. The high paying are action shots of famous hockey players while the low paying set pays homage to gear. Masks, skates, the rink itself, and finally in the lowest paying slot – the famous Zamboni.

This tribute to the popular sport is equipped with some very interesting features when it comes to gameplay. First of all, in a departure from the previous Break Away, paylines are back but there’s a twist.

And punters can also select the number of coins per line and the coin size. This means that if you like very precise control over the bet amount and mechanics, you will love what’s on offer here. Just for reference, though – the minimum bet is 0.18 euros while the maximum bet is 44 euros.

The first thing that catches one’s eye when there’s a win in this game is that the winning tiles will disappear and make room for new ones to drop in. This is called “Rolling Reels” but it also known in various other games as “tumbling” or “avalanche”.

And those are all good words to describe it because a win in this game can really start an avalanche of wins as the symbols tumble.

Then there are the Smashing Wilds which turn up occasionally to make entire reels wild for a guaranteed win. And while the reels are rolling, the wild reel will remain in place for all the subsequent rolls leading to some incredible win combos.

As if all this wasn’t enough…

…there’s extra spins on offer as well. Three or more scatters will trigger them and give out 12 spins. During the spins, there are two more deluxe features – multiplier trail and growing wilds. The trail will increase the overall bet multiplier with each successive roll (tumble) and the growing wilds mean that reels 2,3,4, and 5 all start out with one wild but get an additional one with every spin.

Microgaming and Stormcraft have created a fitting tribute to one of the world’s most popular sports and supercharged and old classic with a new coat of paint and incredible gameplay features.

Even if you don’t care about hockey at all, there’s no reason to miss out on this quality offering.


You can play Break Away Deluxe at the following casinos