Sthlm Gaming Sweden AB is an online video slot developer based in Stockholm, Sweden (ergo the moniker). The small, privately held company was established in 2016 and released their first title in late 2017.

The CEO and a co-founder, Jonas Byström comes from a long and illustrious career which includes such positions as Program Manager at Boss Gaming; upper management positions at NYX and NetEnt, and other gaming industry concerns, as well as over two decades as the might and mind behind an IT and Gaming Consulting Services company in Stockholm.

Within less than a year of the company's first game launch, two more titles were rolled out. In October 2018, they announced a partnership with Relax Gaming which saw the deployment of their products on the Silver Bullet platform, opening new markets and creating pathways to additional players. Their fourth game, Sunset, was released on the platform in December 2018.

Plans called for at least five more games releases in 2019 and a minimum of nine more in 2020.

Look for Sthlm Gaming titles such as Sunset at premier online casinos like Casumo alongside games from other smaller output developers including Slingshot Studios and Lightning Box.

The graphical user interface, or GUI, is clean and uncluttered in keeping with their goal of providing an instantly understandable gaming experience that lets players focus on where the big wins will come from.

These games are all about big wins with the maths delivering a volatility index in the higher end of the register. This simply means that rather than hours and hours of playtime on a small deposit with frequent small wins, a greater portion of the RTP (return to player percentage) is delivered through less frequent, but occasionally much larger wins.

The software recognizes whether you are playing on a small handset, a tablet such as iPad or Android mobile, a laptop, or even a high definition widescreen desktop monitor. With that information, their trademarked STHLMGAMING "Smart All Devices" technology optimizes the gaming experience for any sized device, any aspect ratio, any resolution, and any orientation.

The games support all common currencies and are available in more than 20 European languages.

Delivery partner, Relax Gaming of Malta, launched their Silver Bullet open casino platform in August 2018. Online casinos only need to integrate the API once and can then choose to add or remove games and entire libraries easily.

The Sthlm rollout schedule was thus:

Van Gogh debuted at Unibet prior to its public release. The game has with 5 reels with 3 rows each, and 20 bet 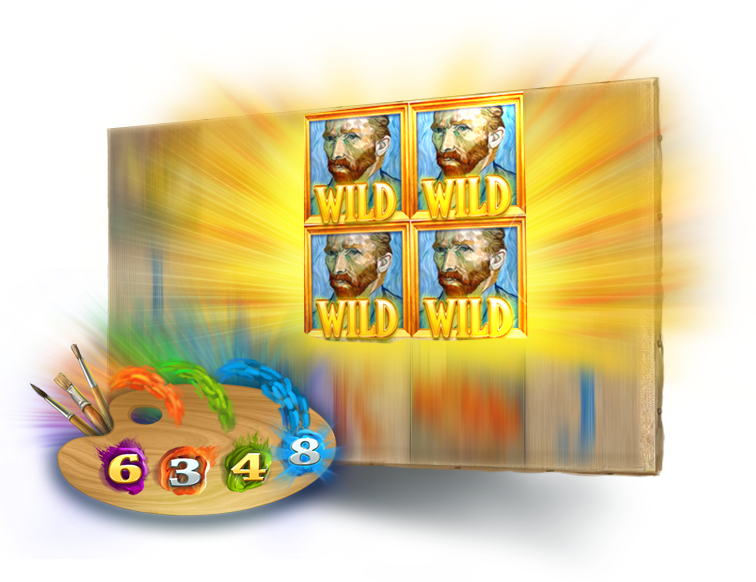 The Brush Stroke WILDs come in clusters, painted by the Master in the base game.

Color Splashes add Multipliers, Free spins, WILDs and move lower paying symbols from the reels during free spins. During free games, wins can reach as high as 10,000x bet. Even the base game offers a max payout of 382.5x bet on a single spin.

Boost It is another highly innovative title with features to increase wins on any spin.

The 5x3 title offers 243 ways to win rather than traditional paylines. Above the spinning reels lies the unique horizontal Booster Reel™. The resulting enhancements including Random WILDS, WILD Reels, Symbol Multipliers, and Win Multipliers can result in a max win of 8100x bet. 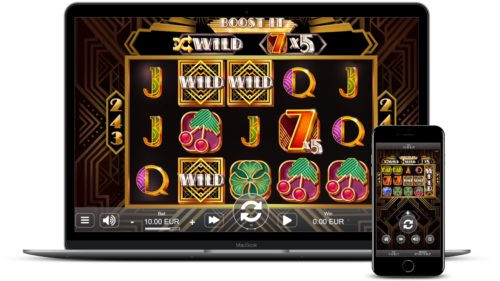 This is another "all ways left to right win" 5x3 video slot that expands to 1024 virtual paylines with the addition of an extra 4th row (5x4) during the free games feature. 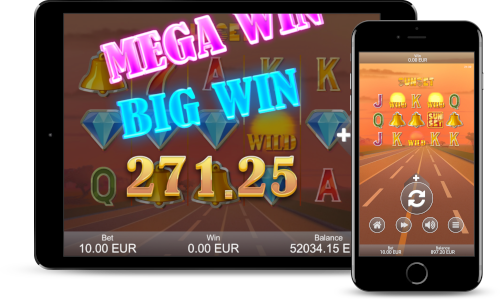 Win up to 974x bet with plenty of medium & high level wins in this fast-action game.

Look for current and future releases at the casinos listed on this page.

We see new studios open almost weekly in today's explosive but highly competitive market. Many great little shops are able to get their wares to market nowadays with the industry embracing independent platforms and universal APIs. Gone are the days of Microgaming or Playtech dominating the market with single platform online casinos. And with the demise of that business model, gone too, are the days of a developer expecting to succeed while simply pulling new wool over players' eyes with fresh icons and sounds draped over the same thinly veiled and tired game engines.

Among the contenders to rise above the fray and truly succeed, now and then we see a company with the talent, expertise, and an established trajectory to become, at the very least, a cult favorite among true video slot aficionados. Sthlm Gaming would seem to be one of those concerns.

The games are unique, artful, and brilliantly engineered for the niche player who enjoys seeking and capturing the huge wins - players that know risk and reward go hand in hand. Games like Sunset also appeal to casual players who will simply be drawn into the exquisite artwork, stick around a few spins for the enthralling mechanics, and may become fans for life with a big win or two.

Whether you are a maven of maths, have a curiosity for witnessing excellence unfold, or simply enjoy playing cutting-edge games before your friends do - this is a page to bookmark and check back on throughout the coming years as new games debut and are reviewed, and as new casinos integrate fresh titles from this Stockholm developer.