Slingshot Studios is a game development studio announced as a Microgaming partner in September 2018. The development lab joined at least two other independent game studios which have signed up to provide content to the Isle of Man company on an exclusive basis. More exclusive content deals are expected to be revealed over time.

Wondering who's behind the company?

The company's genesis can be said to have begun in 2016 with the coming together of a host of talent from "new blood" to gambling industry veterans. The creative team shares a range of skills including development, testing, illustration, composition, animation, and production.

They state they don't mind breaking things in order to learn and they 'relish' creating exclusive entertaining content for Microgaming - and by extension, customers and players.

Richard Vermaak is a South African artist listed as the Creative Director in the sole press release issued by Microgaming.

Beyond news of the announcement and the addition of the Slingshot Studios logo to the company's "Studios" page, there isn't a lot to go on.

The company's website is similarly devoid of background information. It does show one game with a release date of October 2018 and three untitled games in development. 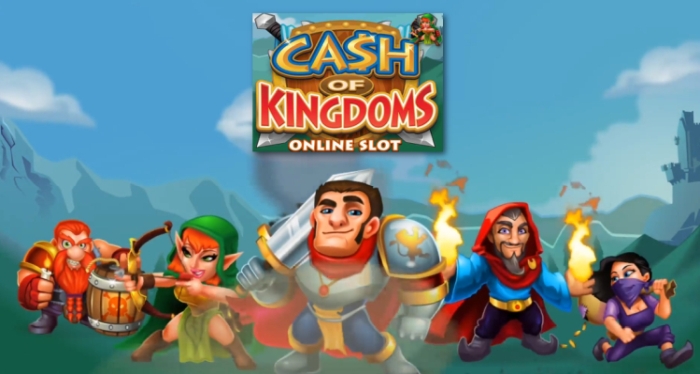 The first game is Cash of Kingdoms. The artwork is somewhat of a departure from Vermaak's signature style as found in what seems to be some of his other publically available art - while the splash screens for the other three seem more similar.

Cash of Kingdoms is a mobile-ready game with 15 static paylines. 1p per line or 0.15 is the minimum bet per spin. It can be configured for bets of up to 480.00 per spin with a jackpot of 100,000.00. While the maths don't exactly jibe, we'll assume it is rounded or otherwise true.

With a stated RTP (theoretical return to player percentage) of 96.28% and a "Low" volatility rating, the game's excitement lies not only in the medieval theme and animations, but in the feature mechanics.

On the final day of ICE Totally Gaming 2018 in London, Microgaming debuted the game in their unique ICE style by decorating the bar with trappings from the game along with a bespoke performance by a foot archer, with an acrobatic routine set to music from the game.

The game features stacked wilds on reels #2 and #4. When a full stack appears, it will turn an adjacent reel wild.

Three scatters during the base game award 10 free spins and each additional scatter symbol during the feature adds an extra spin. When the middle reel is turned wild by the trademark Invading Wilds™ during free games, pays are doubled. 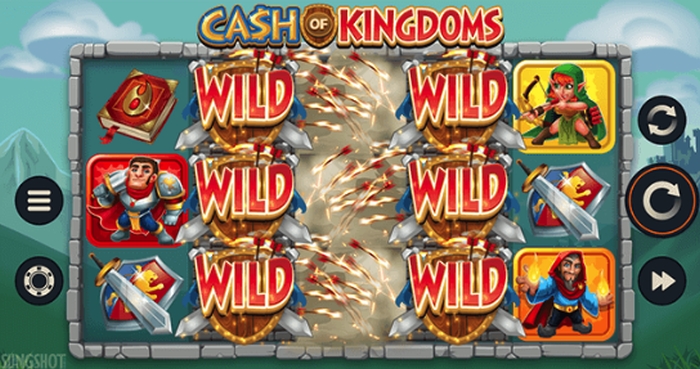 While Cash of Kingdoms is the first official launch by the studio, there are breadcrumbs and clues on the internet that indicate the studio may have helped to produce a slot from the Microgaming Idea Factory one year prior, under the title Emoticoins.

We have no official word from Microgaming confirming this. However, the previous two exclusive studios did have published creations under their belts before they were announced.

Before the announcement of Stormcraft Studios as a partner (Fortunium), the developers had several famed games dating back to Mega Moolah - Thunderstruck II, Avalon II, Terminator 2 among them.

Your guess is as good as ours right now, but we can show you the themed placeholders for the 2nd, 3rd, and 4th games under development. 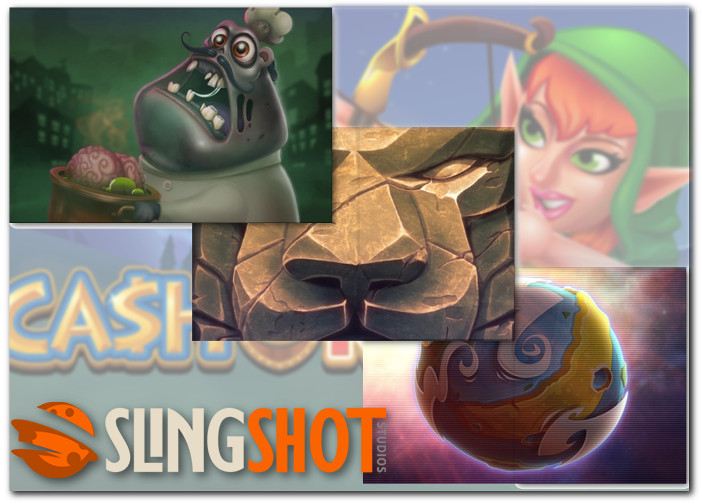 While we don't know all we would like to about the lab or the talent therein, there's a good chance that at least some of the "industry veterans" have participated in Microgaming creations before.

Very few people outside of the company have ever known - and none inside have told - how and where their hundreds of games are developed. It's nice to see these independent studios developing exclusive content. As more games are created and released by Microgaming Studios partners, we may begin to develop a sense for what to expect from each of them.