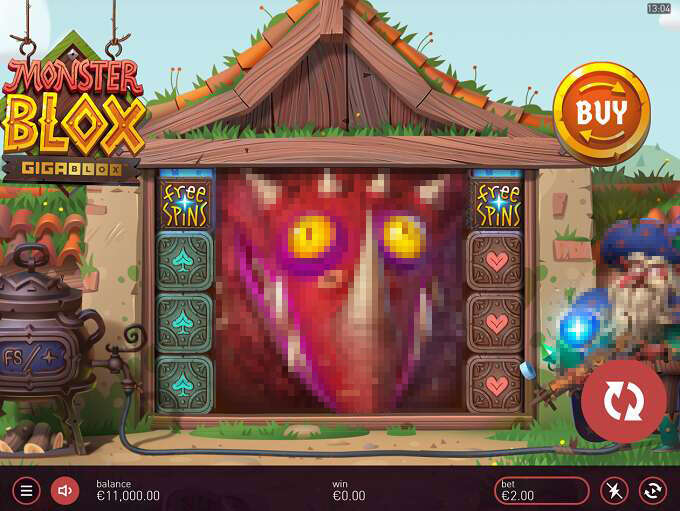 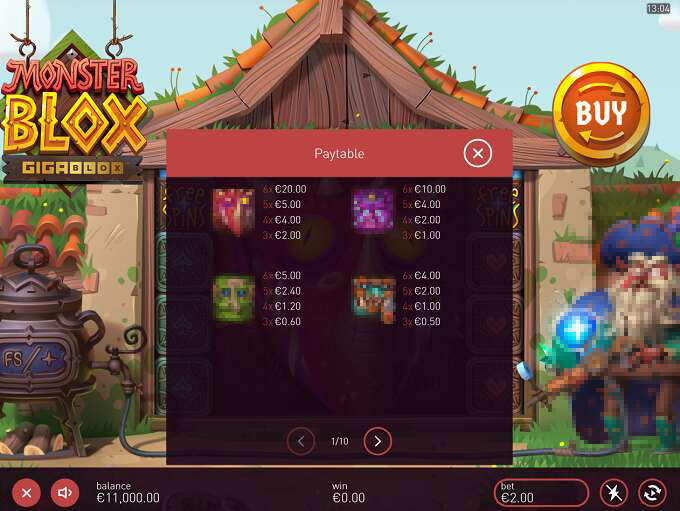 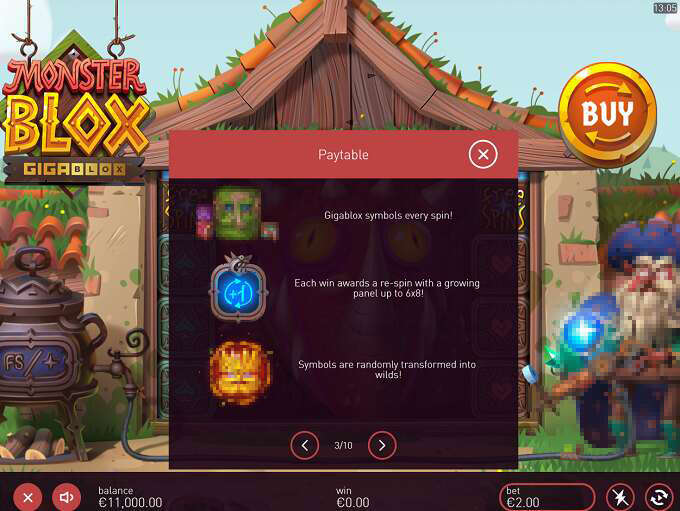 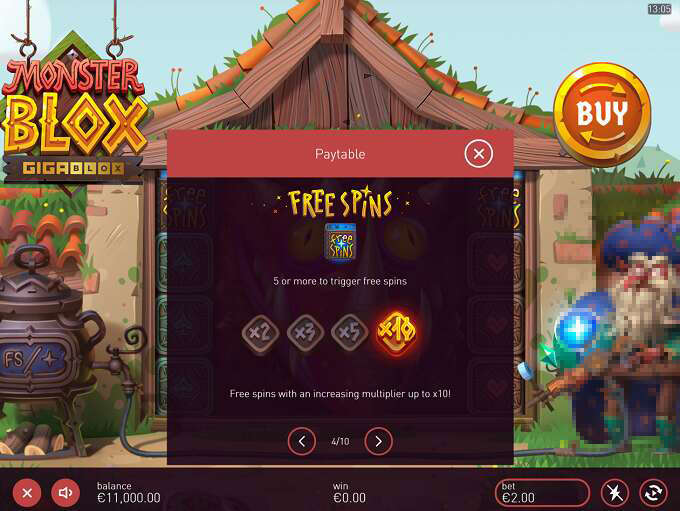 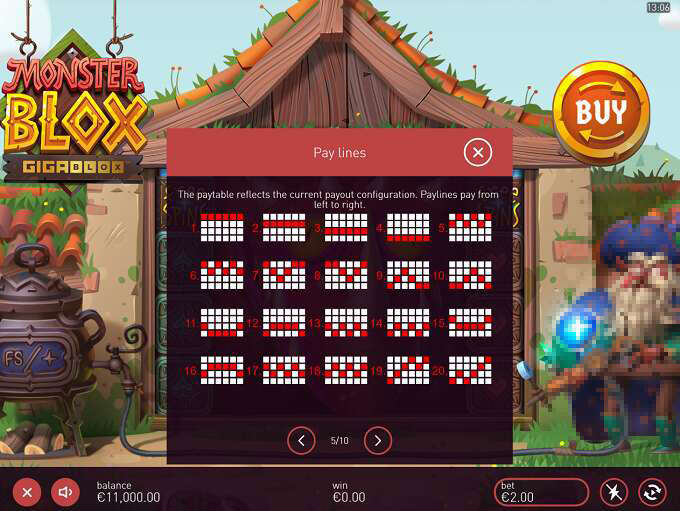 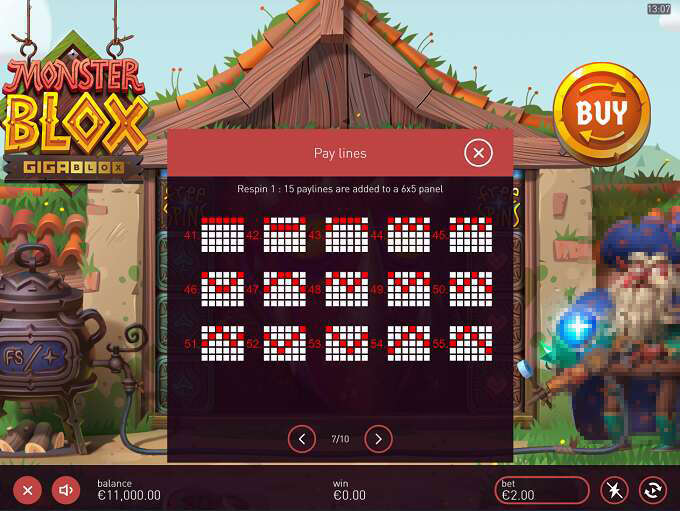 Do you have what it takes to battle some of the most dangerous monsters? Good, because your endeavors won’t go unnoticed!

Monster Blox Gigablox is an online video game released in November 2021 by an Armenian company Peter and Sons. This online slot comes on a 6x4 grid layout with 40 paylines and offers features such as Wild, Scatter, Respins, Multipliers and more…

…also, it is good to know that this is an online game of high variance with a return to player value of 96,1%.

So, with that said, let’s jump straight into action!

The main story of this online slot is set in a mystical world where many heroes and monsters reside. Inside the town, many of these champions gather to see if they have what it takes to collect bounties and come face to face with some of the scariest monsters out there!

As soon as you power up the game, you will find yourself among the crowd of warriors and you receive your first task by the great wizard.

Following you on the journey will be an epic tune while the graphics department, we must say, looks astonishing, which is something we came to expect when this developer is involved!

Now, let’s take a look at the paytable:

Monster Blox Gigablox is a 6 reels 3 rows high online video game offering 40 ways of scoring, where betting ranges span from 0,2 up to 100 coins per spin, while the maximum payout is set at x7485 your bet.

Seeing as this highly – volatile online video game comes with the best odds percentage of 96,1%, makes it above the current iGaming standard.

Wild – substitutes all other paying symbols and during the game, wizard will randomly zap any icon, turning it into a Wild. Gigablox icons are also affected by this feature.

Gigablox – are oversized icons that come in 2x2 to 6x6 formation and appear on each spins, Scatters can also land as gigablox.

Monster re – spins – occur on each win. During this feature, the grid expands by 1 row and 15 paylines with a potential to grow up to 6x8 with 100 paylines, also wild bounty is active and can be placed on any icon. Re – spins play out until there are no more wins.

Monster Free spins – landing 5 or Scatters during the base game triggers this feature. The number of extra spins is equal to the number of Scatters that triggered it. During the round, the wild bounty occurs more often while each time a new Scatter hits the reels 1 extra spin is awarded. Scatters get collected in a special meter that increases the multiplier:

Monster Blox Gigablox is an online game that comes packed with plenty of amazing features and a decent RTP value that will certainly keep many players well – interested.

Since this is a product of Yggdrasils partner Peter and Sons, we expected nothing but excellence when it comes to audio/visuals, and they surely delivered. The overall atmosphere of the game is quite unique and provides for a delightful experience.

You can play Monster Blox Gigablox at the following casinos