Dreamtech Gaming (DT Gaming) is a multinational online casino game designer with offices in Malta, and labs in Asia and Australia. The company was founded as an investment venture with the desire to become a major game developer for the Asian market. The "Dream Fund" sent four companies to attend G2EAsia at booth 2407 in 2017. Other ventures at the time included a payment system, marketing solutions, and a platform provider.

Nearly "overnight", the Dream became reality when in April 2019, Yggdrasil Gaming announced that the studio would become the sixth Studio Partner on the YGS Masters semi-open platform.

Masters developers have the ability to meld their own maths and mechanics as well as artwork and animations to Yggdrasil's in-game marketing tools such as BOOST. Online casino partners can run their own tournaments using the games with no heavy front end or back end loading. They simply plug the games into the module, set parameters, and the system takes care of all the details including paying awards directly into players' accounts.

DT joins other prestigious developers in the Masters including 4ThePlayer, AvatarUX, Fantasma, Northern Lights, and Rabcat.

Not a lot is known about the company's own platform or if they currently service other casinos with their slot games. Lurking in the less easily reached corners of the internet we find over 100 slot titles and 1 poker game created by the studio. However, their current webpage only features a few of their more advanced works.

The games are deployed on the HTML5 framework making a perfect fit for mobile users as well as the Yggdrasil iSense 2.0+ mobile platform. It should be noted that HTML5 is simply a universal game deployment method which allows players to access all modern online casino games in any web browser. It has become the industry standard for instant play gaming.

Many of the titles that are no longer available, such as Magic Bean Legend, Cheekie Emojis, and several others are best left on the cutting room floor in this reviewers opinion - so it's a pleasure to review the select games that seem to have been winnowed from the chaff.

Glory of Heroes - This is a 7x7 grid game that, at first, appears to have skill elements. However, it soon becomes apparent that 'battles', 'locations reward', and 'multipliers for victory' are simply part of the narrative and game progression in this cluster-pays game. Clearing targets to progress is a matter of luck and game math, rather than skill with a volatility index of 'medium' and a theoretical return to player percentage (RTP) of 97.15%

The narrative and game mechanics will appeal to a certain type of player, most likely younger. The game was developed by the Australian team and features 3 big levels and 18 small levels. Game progression depends on knocking down a Boss for additional rewards.

When taken with the trend toward gamification and Yggdrasil's social and rewards tools, it's not difficult to see why this game may have caught the team developers eye!

Investiture of Gods is a Chinese-themed title set in a 16th-century gameworld. Again, not a traditional reel slot, this game features cascading symbols. Currently available in Chinese and English, this 25 payline game presents with medium volatility, a 1,000 coin jackpot, and 94.74% RTP. Free games and multipliers up to 6x are available. 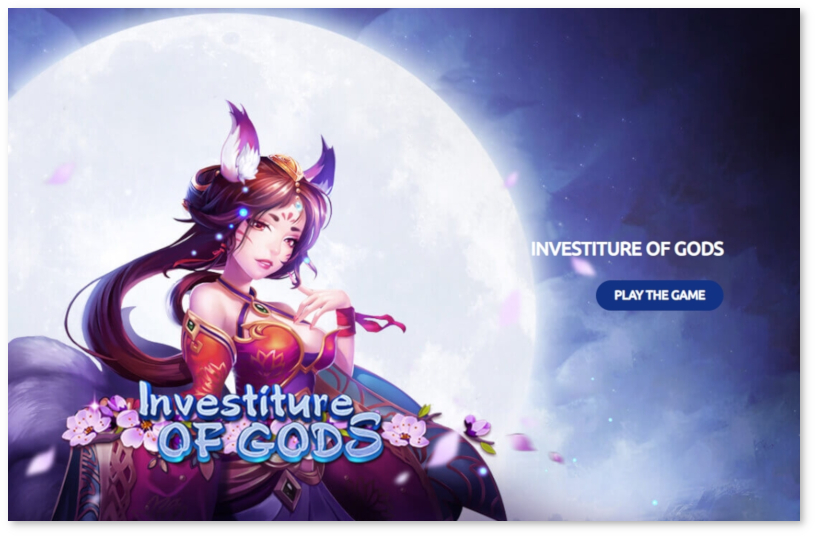 The artwork on all of the games in their catalog is good to very good. The gameplay is smooth with exciting bonus rounds, and the soundscape is apropos, if not extremely original for the genre.

Pirates Treasure is a well-rendered game with 50 traditional fixed paylines. Fast or regular speed spins and auto spin modes are available. Another Medium volatility game, the RTP is 96.01%. 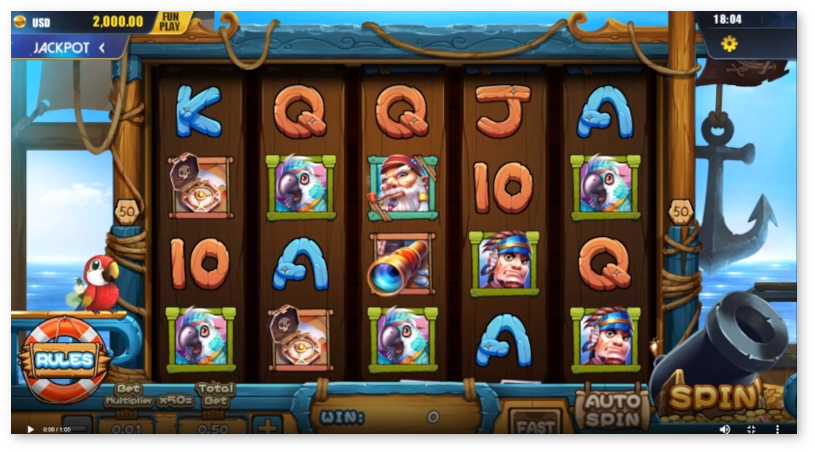 The artwork is quite nice with a dynamic blend of cooly intense pastels and sharp highlights. Ingame animations are well executed and the 10 bonus spins game round offers increasing chances to win with each iteration. The bonus seems to trigger often with very few wins in between. Win celebrations can be stopped with a click for those who like to spin again quickly.

Legendary Tales was a personal favorite from our test regiment. While I personally prefer highly volatile games that allow player control of the number of lines bet, this 576 ways to win game had other things going for it.

Based on the legendary Three Kingdoms Wars, the RTP seemed well spread out between the various game modes for an even playing experience. 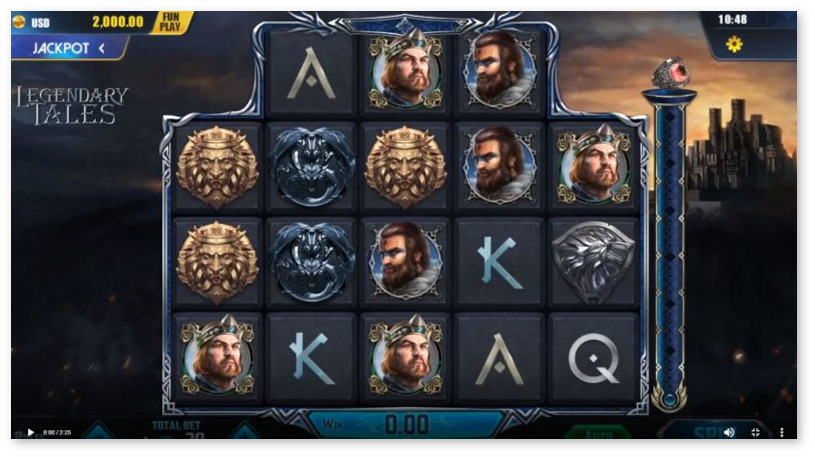 Players have multiple chances to win big in the free games and bonus game features. Each successive win in the cascading bonus game spins increases the multiplier by 1x.

Collect 30 Crystals to enter the picking bonus game. The amount bet at the time each bonus symbol is collected will determine the value range of the feature. In the Crystal Choices bonus round, players select a Crystal to determine a cash prize. Play and collect prizes until no more Level-Ups appear.

More on YGS Masters and Dreamtech

Yggdrasil was acquired in the majority by Cherry AB in 2013. After seeing giants like Playtech gobble up young and promising studios throughout the years, we were concerned that the nascent company had been acquired to stymie competition. It was refreshing to see the then 40-year-old Swedish giant truly invest in the talents and potential of their acquisition.

And now, it is thrilling to see the YGS Masters program investing in and promoting Studio partners. This has all 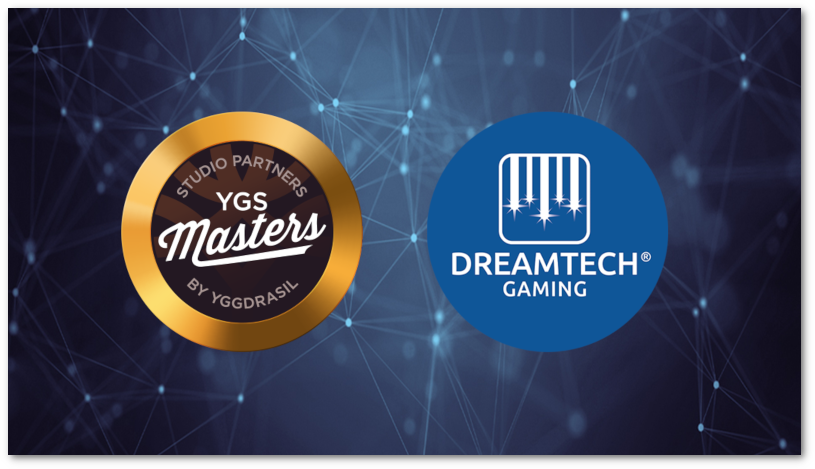 been very good for players, as we are given access to some developers we may never have seen otherwise.

If we look at the company the new partner will be keeping, we see YGS Masters has been true to their word since the inception. They announced they were seeking "Established studios with a great track record" as well as "Talented games teams looking for a way to break out on their own and become the next big thing".

With the hundreds of known and unknown developers and providers out there, and more coalescing from the ethers every day as online gaming explodes in Europe and Asia, it's nice to know that a start-up with all the right talents can be 'discovered' and have their games included in the Yggdrasil portfolio.

With this stroke of luck or culmination of hard work, the company is set for success with network campaigns, in-game tools, and easy delivery to more than 40 of the world's leading online operators.

These are, indeed, exciting times in the industry!

One caveat, however, is that we hope that Yggdrasil will be so kind as to give the smaller teams credits for their work - if not on the splash screen, at least somewhere in the game info or paytables.

Had we noticed this company two years ago, they probably would have slipped under our radar without a loud 'ping'. What, at first sight, appeared to be an investment scheme with a cookie cutter game mill, matured quickly into a viable concern with truly wonderful games.

It's a pleasure to review them and list them among our premier software and game providers, and we hope you find their games at Yggdrasil casinos to be fun and profitable.