Arcadem is a new breed of online slot developer. The Malta-licensed firm was launched by two friends in 2020.

If being small in numbers puts a reader off, we can at least double the staff to a team of four for you.

Those four people have over 30 years of combined experience in the industry and you can bump that up to 40 years if we count related work like HTML5 development and 3D digital art.

Perhaps more important than years in service, is the particular types of work performed, teams led, and past associations of the core members located in Malta, Spain, and the UK.

In order to peel that onion, we have to start with one of the silent giants of the online gaming industry, one Mathias Larsson - a man who wouldn't seem to have any direct connection to Arcadem.

Note: The names to look for in this section are TAIN and XIN Gaming

A quick CV starting with an advisory role at little known Red Panda Gaming in 2011 should prime our canvas well enough...

From there, Larsson acted as the Managing Director at Ho Broadcasting, the Tallinn-based studio that supplies Ho Gaming with live casino feeds. He then consulted for Ezugi for half a decade before becoming the business development director for the company which was eventually acquired by Evolution Gaming.

Here's where it starts to get very interesting and relevant to the Arcadem studio.

He moved to Hong Kong from Estonia in 2014 and launched Xin Gaming and Xin Graphic Design (outsourced art with Asian talent). From there we see him jump into TAIN as managing director for a brief time prior to Xin's acquisition of the Malmö, Sweden company that had been around since the birth of internet gambling.

If you recall the short-lived GiG Games (August 2017 to November 2019) as the new in-house studios for the Gaming Innovation Group [(STO: GIGSEK) iGaming Cloud, GUTS, Rizk, Kaboo] you may know he was managing director there before the team split off and created Spearhead Studios with EveryMatrix. 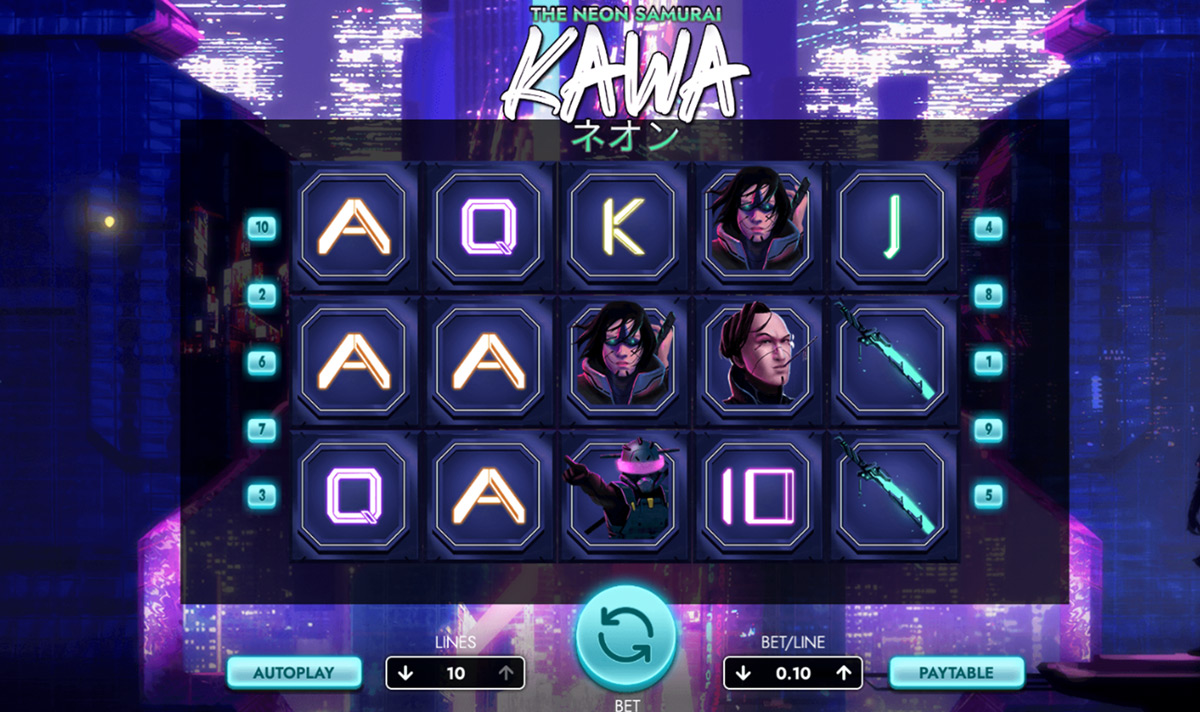 Phillip Douglas
Founder and Director of Gaming, Phillip Douglas began his gaming career at Sky Betting and Gamin in Leeds before moving on to direct the casino at Eaton Gate Gaming Ltd. (kwiff), coordinate for Betsson in the LATAM market, manage the games at Casumo and accounts at Stake Logic before launching Arcadem.

As things tend to work in this industry he managed to find his nascent boutique studio in a pioneering position when Larsson, now the MD of a new EveryMatrix product, signed with them to be the first RGS Matrix client.

Larsson's Spearhead Studios (former GiG Games team) was the first to "make, deploy, and distribute" its portfolio on the proprietary platform.

The platform is certified in Malta, Latvia, Lithuania, Estonia, Sweden, Spain, Denmark, and Colombia - opening doors undreamed of by most small studios. They also have the greenfield advantage of growing with EveryMatrix's 6th standalone product. They must have something very special!

Upon launch, all operators who were carrying Spearhead Studios games had access to the new Arcadem studio creations.

Christian Hellman
Glazing over his time at Echo Entertainment in Sydney managing the private gaming rooms, we see the Director and co-founder of Arcadem working at Unibet, AmazingGaming, Playtech, and Stakelogic, with his longest career engagement being at TAIN.

Andrew Hadlington
Hadlington is the head of development with programming experience in media going back to 1992 and moving into game art about 5 years later.

Expertise in PC and console gaming, 3D modeling, environments, and UK Skill-With-Prizes games set the stage for his later work with online slot and SWP games in Flash, then HTML5.

Ignacio Candel
Candel is a highly accomplished artist new to the gaming industry by all reckoning we can conjure. As a 2D artist, his expertise is in Concepts - he's the guy that brings ideas to life before the story unfolds on the reels.

His ability to create low poly, simple characters for 3D artists to add the last elements of life would be invaluable to a team like we see here. 3D artists can simply focus on animating the characters rather than modeling and rigging them, according to his former working portfolio.

Some of his samples show very judicious use of 3D rendering in 60 frames per second animations with a powerful impact.

Some of his character designs are Japan-cyber in flavor and on par or superior to GI Joe, Infinity Man, or Gangster Kingdom characters.

Let's see how all this comes together in ARCADEM...

As of the time of this review, there is only one game released and one on the burner almost ready to roll out.

The Neon Samurai: Kawa was released in September 2020, a few short months after the studio officially launched.

Prior to Christmas 2020, we should see The Evil Elf: The Night Before Christmas hit online casino lobbies.

Today's games are all deployed in HTML5, and there's nothing new in that here. Whatever web browser you enjoy your internet content with is all you need to open the games on desktop, tablet, or mobile.

HTML5 is replacing the slow, sometimes insecure, and processor-intensive Flash media for online gaming. The code is mostly executed on the server-side with Java and markup language delivering multiple layers of code. Animation, 3D renders, light, and shadow are all executed at the speed of your com, and your handset should never heat up from the processor being overworked.

That gives you instant gaming without wearing out your device, but it also delivers layers of sound... 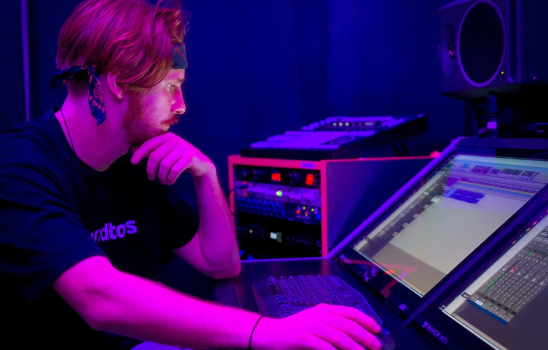 The music for the first game, and hopefully many more to come, was created by Ticon. The Swedish duo comprises Filip Mårdberg and Fredrik Gilenholt. Historically, their music has been a mix of psychedelic and progressive trance. You can find their work on the Danish label, Iboga when you aren't playing ARCADEM slots.

"In the streets of a dystopian metropole, a new hero is ready to pave his way. Will he break his code and submit to this new reality, or will his samurai instinct lead him back to victory and honor? Meet Kawa, the last warrior of his kind." 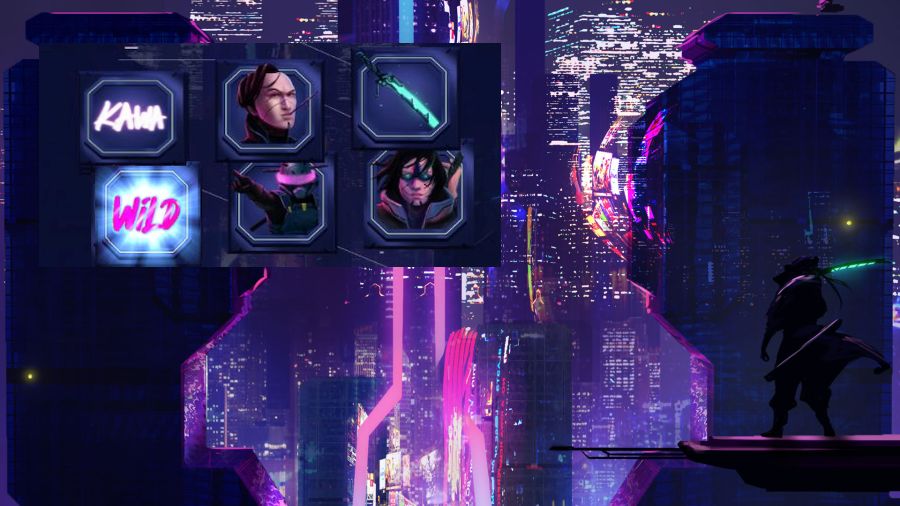 The highest paying symbol is the wild which will render 3,000x line bet for five of a kind.

The layout is simple - presenting five reels with three positions each. The game reels are set against a backdrop of The Citadel, a dystopian cyberpunk Japanese megacity.

Bathed in an amazing soundscape accented with punchy sound effects, the trance begins before the reels spin a second time.

Neon accents are thrill triggers, as well as used to make the ninja swords (katanas) jump off the screen. The low level 10, J, and Q symbols possess special powers that are unleashed with "Kawa Spin" when they magically convert to become the highest paying character symbol, 'Kawa'.

Will the warrior find his true identity among them? Only with the power of Kawa Spin!

Unfortunately, they don't always line up with another Kawa character or a wild so the anticipatory sound effect is sometimes followed by disappointment.

The Kawa Spin occurs at random and only in the base game.

I have only two pet peeves that these games annoy...

Going into the settings to bypass this anti-feature will not help as "Turbo mode" simply drops the reels in place faster after each spin - but - doesn't forgive you from waiting even if you choose to push the "collect" button.

These two things, along with having ten fixed lines, make the slot feel more Eastern European than Asian to me whereas everything else about the game is simply awesome.

The third KAWA Scatter mechanic works well to build anticipation with the symbol falling only on reels 1, 3, and 5 with an electrifying build-up waiting to see if the third symbol will land.

Landing all of them will trigger 10 free games with sticky wilds. IN a cool development, the stickies transparently cover the reels, overwriting the maths for whatever symbol appears below them - except - Scatters, which "shine through so you can re-trigger free games.

Once a wild lands it will stay in place for the duration of the bonus session.

Again, Kawa Spins are not active during the free games.

Depending on the jurisdiction you are playing in, you may have the option to buy an initial set of free spins for 50x the current bet.

To be sure, the "ladder" is based on one of the oldest mechanics in existence, but the interface and integration to theme make it much more exciting, and easier to be tempted to engage than choosing a red or black card for double or nothing or a card suit for a potential 4:1 payout after a winning spin.

Your stake is determined by the amount of the winning spin prior to entering the second screen game. It works with base game wins as well as the total win from a free spins session.

You can collect half and gamble the remainder at any time.

It's definitely a very volatile game so you will want to get a good feel for the game and think hard before buying the bonus. It takes two steps to buy the feature so you simply can't do it by accident.

The gamble ladder is a little more complicated than explained above because it's not a true double or nothing proposition - you can lose a few goes and still recover to climb as high as you decide to.

The soundscape is very captivating with mood-enhancing crescendos pulling you in if you pause between spins.

With tens of thousands of games out there, including some truly great holistic compositions, if it wasn't for everything else this title has going for it - I simply wouldn't play it again myself for one reason - personal pet peeves about being in control of the spin cycles.

The fact that the pay lines are not fixed, as well as all of the feature mechanics on top of a truly brilliant theme, send me to a place of grudgingly perhaps considering the possibility of dubbing Kawa one of my top ten slots of all time - but time will tell.

From study, we know enough about ARCADEM's enviable starting position on the RGS Matrix, their aspirations, abilities, associations, and history as well as the current direction of the industry to confidently state the following:

This is not at all likely to become a cookie-cutter factory with three or four strong game engines that eventually decides to hire a talented but unknown 3rd party studio to slap a new coat of paint on popular titles and try to foist off the clones.

The second game should tell us more about whether they flashed in the pan with a stroke of brilliance only to follow up their debut masterpiece with poor to middling mechanical synergies. This game works so well in my opinion because all of the parts would stand alone, but together the harmony is extremely satisfying for a serious and experienced slot player.

We expect amazing things, but we don't expect them to gush out of the studio like a broken dam. We hope the first title was like the first tap of maple sap to refine into a sweet syrup with time and as the games continue to populate the online realm, even if dripping out to us as slow as mountain honey, to be sweet and satisfying.