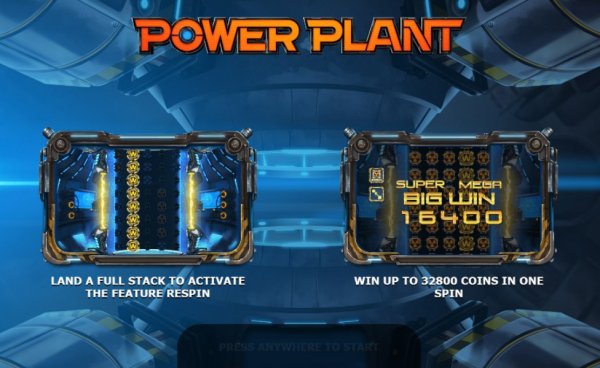 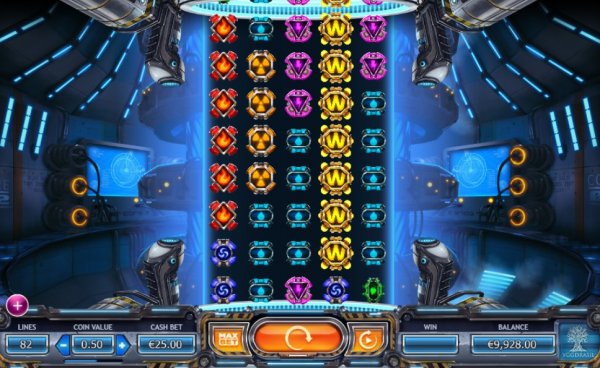 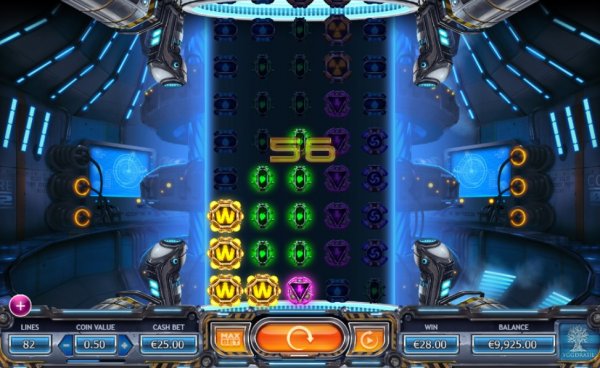 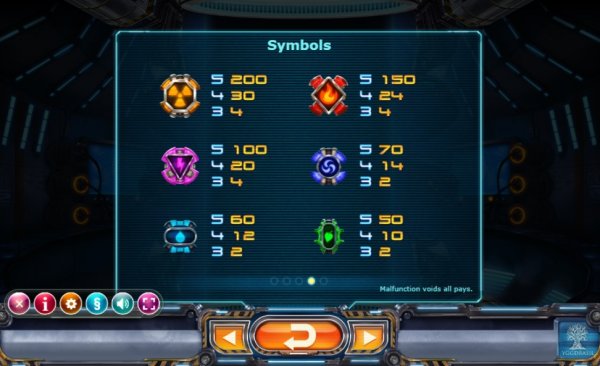 Power Plant slot from Yggdrasil is the first to use their powerful iSense 2.0 platform. Immediately, you can tell this is going to be unlike any other slot you have played. With its unique design and trance music, you will be in for a real treat once you start spinning the reels.

Power Plant is set in a futuristic theme inside a power plant. The reels of the slot generate the power, and the big wins. The new iSense technology is on full display with Power Plant.

To start, you have 5 reels and 8 rows of symbols. This creates 82 pay lines for lots of winning possibilities. Lines are fixed, but coin amounts can be adjusted per spin. The lowest is half a cent, with a max coin value of 5.00. The maximum bet is 250.00 per spin, while the lowest is just 0.25. Something for everyone.

While the game play is futuristic, the controls are back to basics for a better user experience; which is something iSense was designed to provide. Simple coin value buttons, max bet, spin and auto play are all you need while playing Power Plant. There are game play options for turning off sound, full screen mode, and other advanced options for complete customization.

Symbols include a set of lower paying ones which are meant to act as your typical card symbols. In Power Plant, these are elements of different colors. You have green, blue, purple, pink, red and orange – each acts as an element such as fire or water.

Stacked wilds are your other symbol in Power Plant. These also act as a feature trigger during normal game play. If you land a full reel of stacked wilds, this triggers the re-spin feature. And, depending on how many stacks you have, you also get an added bonus.

Bonuses are randomized but could be any one of the following. More winning symbols added to the reels. A super stacked symbol. One extra feature added. Up to 4 reels are nudged after a re-spin. And one symbol is selected to be wild.

One reel of stacked wilds gives you two of those random bonuses during the re-spin. Two stacks awards 3 features; and 3 stacks awards 4 of the features. Wilds remain on the reels as you take your free re-spin for even more chances to win big.

Power Plant has a maximum win of 32,800 coins. It plays on both mobile and desktop. With its unique design, it works great in portrait mode on a mobile device.

You can play Power Plant at the following casinos