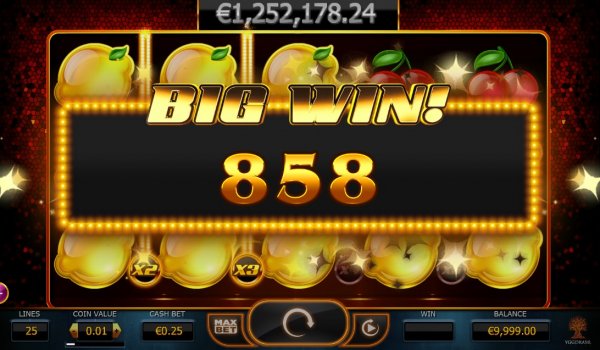 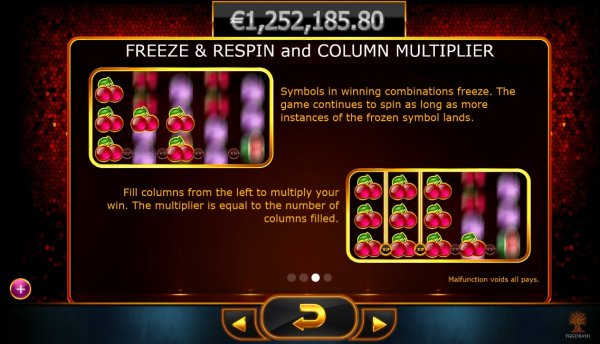 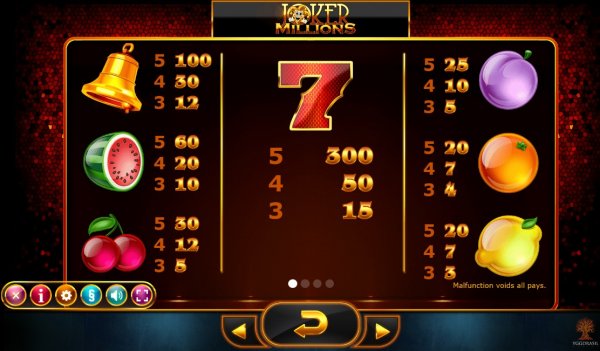 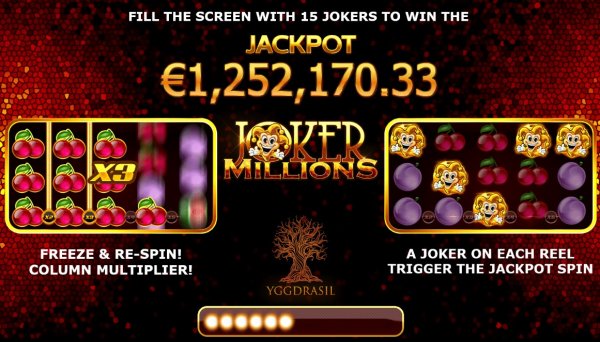 Joker Millions is a progressive jackpot video slot from Yggdrasil gaming. Released in April of 2015, Joker Millions is the companies first progressive slot. Design wise, you can expect to see a classic fruit style display with an infusion of modern resolution that looks great.

It gets that classic fruit slot feel due to the fruit symbols found on classic cherry machines. Bells, plums, oranges, cherries and lucky 7s are all found on the reels of Joker Millions.

Joker Millions has 5 reels, with 25 paylines. One coin is played per line at a minimum value of $0.01, and a maximum of up to $1.00. Playing the maximum bet costs $25 per spin. Game controls include a bet max button, and an autoplay option.

The first feature is the freeze and respin feature. Anytime winning combinations land on the reels during base game play, those symbols freeze in place while the remaining symbols spin again. Each time a matching symbol lands again, it is frozen in place and another re-spin is rewarded.

A joker symbol acts as the games main bonus feature. Land a joker on each of the 5 reels and trigger the jackpot spin. Those joker symbols are held in place while a re-spin is awarded. The goal is to fill the screen with jokers. If all spots on the reels are jokers, you win the progressive jackpot.

Even if you don’t win the jackpot, at least 5 random coin wins. For each additional joker symbol that lands during re-spins, another random coin prize is awarded that can be up to 1,000 coins.


You can play Joker Millions Progressive Slot at the following casinos