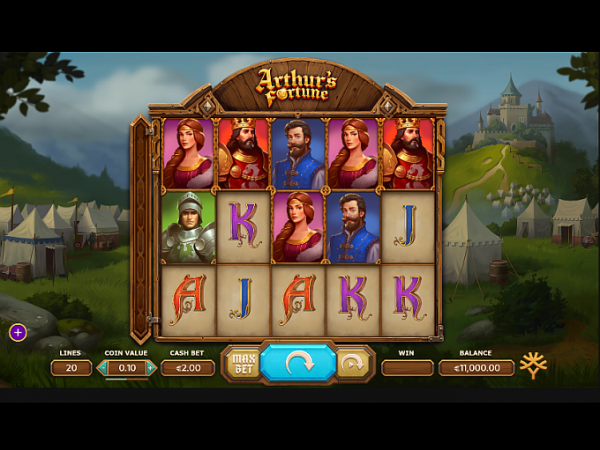 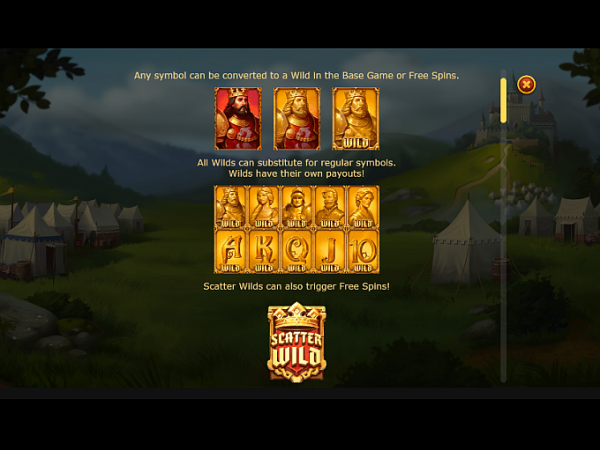 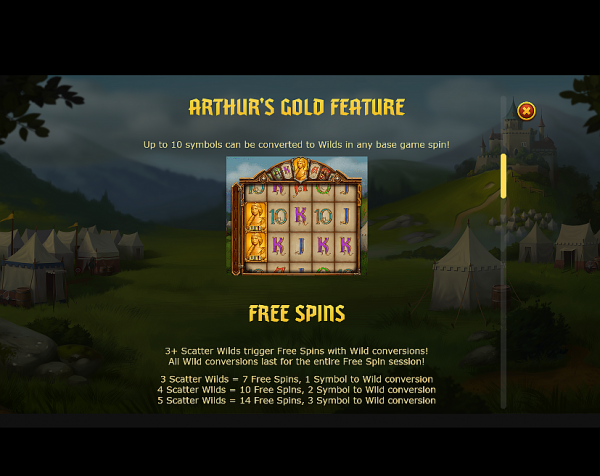 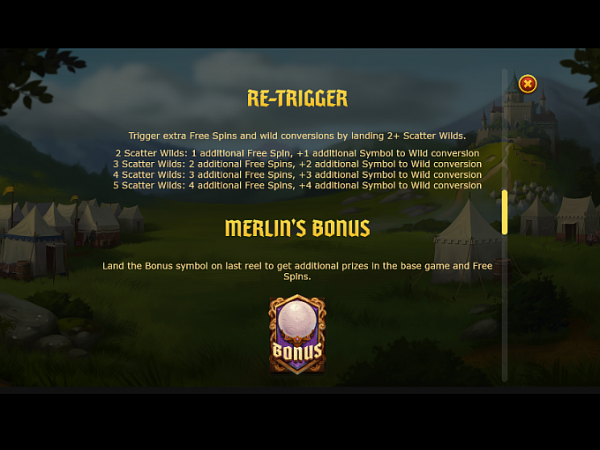 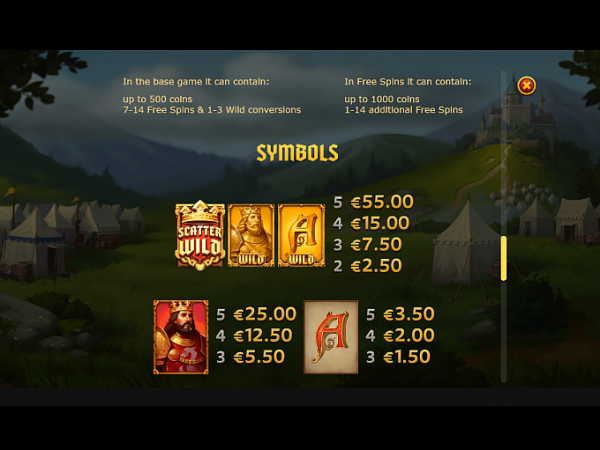 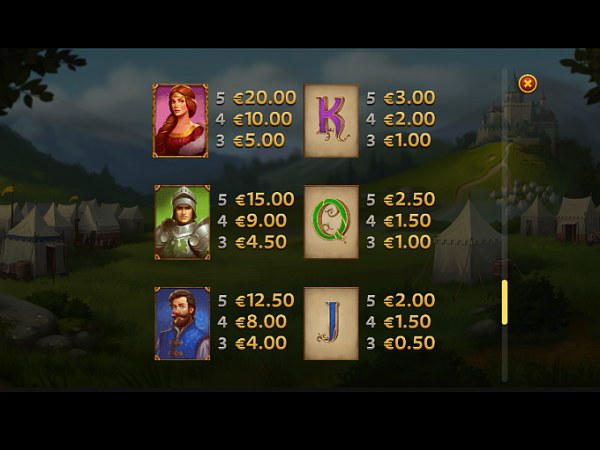 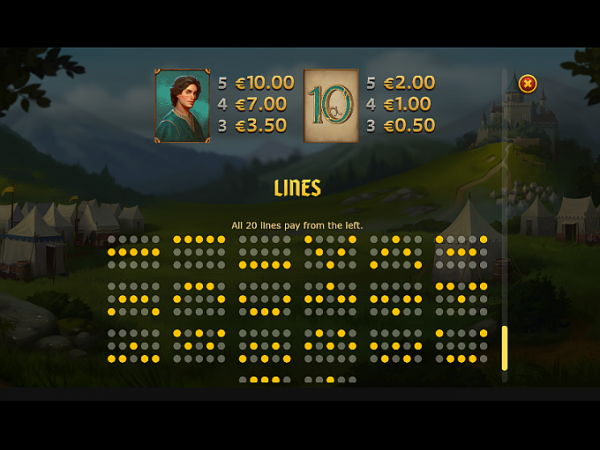 Put your armour on because we are going to a battle on this virtual trip to Camelot developed by Yggdrasil Gaming that comes with superb design and plenty of extras!

Arthur’s Fortune is a Medieval-themed game with 5 reels, 3 rows, and 20 fixed paylines where you can score up to 10850x your bet.

Players will benefit from Wild Conversion, Merlin Bonus and Free Spins in an engaging medieval theme that has you rubbing shoulders with the Knights of the Round Table.

Arthur’s Fortune has a medieval theme, something you would obviously expect from a King Arthur-inspired title.

It’s a release that includes advanced cartoonish graphics like fun icons, reels in different colours, a matrix made of carved wood, and a view of a castle under siege in the background.

The developer has found Camelot on a pristine meadow, from where we can end up inside the most sacred of chambers...

...the place where the free spins reel-set reside, guarded by two men in full body and face armour.

It sits at the top of a hill overlooking the reels and an army encampment below.

The majority of symbols are characters, from Arthur himself to various unnamed faces that are likely his knights of the Round Table.

The soundtrack, in both the base game and the bonus, matches the Arthurian theme perfectly.

The pay symbols start at the low end with the card royals from 10 through to A, awarding 1x to 1.75x your stake for a single five of a kind.

They are followed by three knights on turquoise, blue and green coloured tiles and Lady Guinevere.

King Arthur is the most generous symbol in the game which provides you with a prize worth 12.5x your stake for a five-of-a-kind combination.

There are also scatter wilds, represented by the crown marked with the words itself which offer up to a 27.5x prize for a top win.

Arthur’s Fortune is equipped with 5 reels and has 20 pay lines.

Stakes start at just 20p per spin, which makes it an ideal pick for micro stakes players, while they can get up to £100 per spin, so there are levels for all players, regardless of bankroll.

Yggdrasil has made a nice-looking game that offers a quite decent base game action. It is, however, the extra features that can make the most of the game.

A Free Spins bonus is triggered with the wild that also acts as a scatter, and three, four or five of these will trigger 7, 10 and 14 spins respectively!

Another detail in this regard is that the bonus game causes a specific number of wild symbols to transform at random.

The meter/wheel that is above the reels can point to any symbol from the paytable and that one will convert into a wild or wilds if it appears in multiple instances.

During the free spins, you can get one, two or three symbols to convert into wilds, depending on the number of scatters.

If you land a Crystal Ball symbol on the reels you will trigger the feature and will be awarded either an instant cash prize or a set of Free Spins.

In the base game, you will earn up to 500 coins worth as an instant cash prize, between 7-14 Free Spins and between 1-3 Wild conversions on each spin.

Arthur's Fortune combines high volatility and big rewards, which can be extremely advantageous for the players.

This is a brilliant offering from Yggdrasil,


You can play Arthurs Fortune at the following casinos