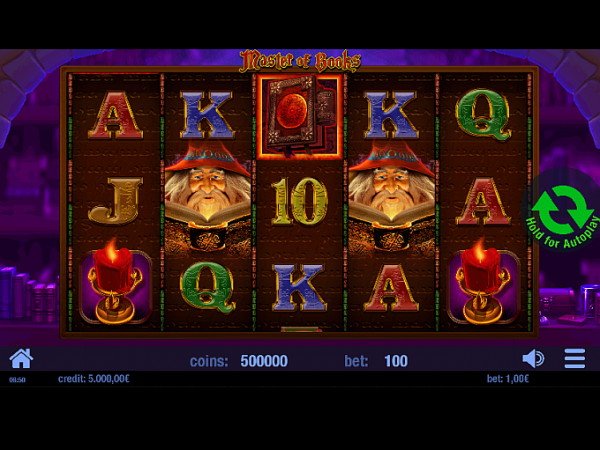 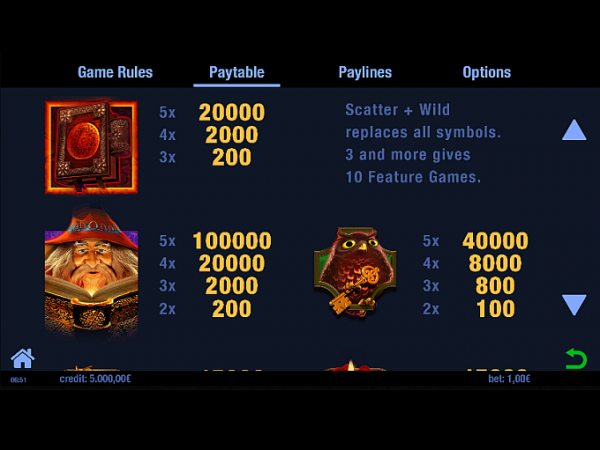 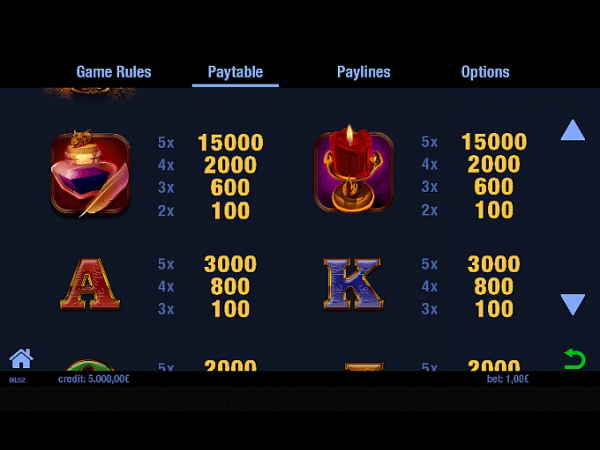 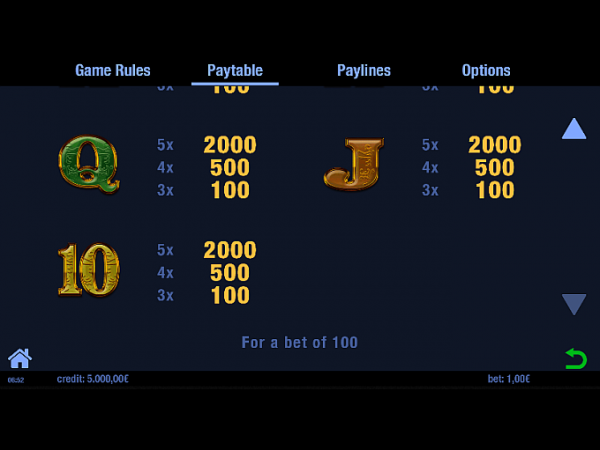 It might be the case because at that time people used to believe in witchcraft and wizards...

Let’s take a look at what enchantments Swintt has come up with for us in Master of Books!

Master of Books is an old man who works in a mystical medieval library.

Oh but not just any old man…

...a Master of Books is a powerful wizard who reads books and collects the knowledge of all spells there are to learn so he could be the greatest wizard of all time!

Visual effects and graphics are nice but they give a dark vibe since we have a purple battleground and dark brown reels which will remind you of bookshelves.

As far as the symbols go, they are typically theme based and they are: candles, owls, ancient books, enchanted ink, old mage and they also include the regular royals.

When it comes to the special symbols, there are a few things you should be aware of.

Firstly the book represents a Wild symbol and suits its purpose as a substitute to other basic symbols.

Secondly the book also represents a Scatter symbol, which if landed in an amount of three or more anywhere on the reels you will be given 10 Free Spins.

This one-armed bandit comes with a setup of 5 reels, 3 rows and 5 fixed pay lines.

Another amazing thing about this video slot is that Swintt made sure you can play it across all of your devices including desktop, mobile and tablet devices!

With headquarters in Malta, this company is well known for its products to offer plenty of features.

As mentioned before Scatter and Wild symbol are acting as one symbol where Wild is acting like a powerful substitute to other basic symbols and Scatter triggers the free spins feature.

In this feature one of the symbols is going to become an expanding symbol.

On the beginning of this feature a lucky symbol is going to be chosen, randomly, and it can expand and cover all of the reels providing a decent cash prize.

Click here and dive into the medieval period with our Master of Books!

Oh and don't be scared of his magic…

...he promised to use it only for good cause!

Swintt is vastly and rapidly growing as it continues to make partnerships and progress through with a large amount of experience.


You can play Master of Books at the following casinos