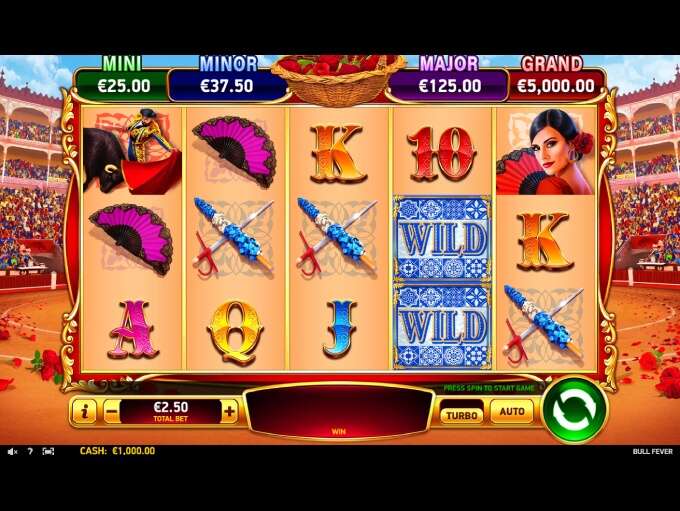 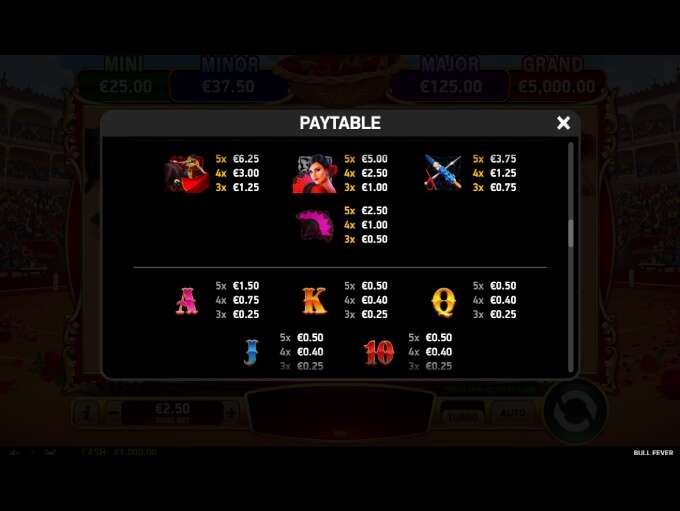 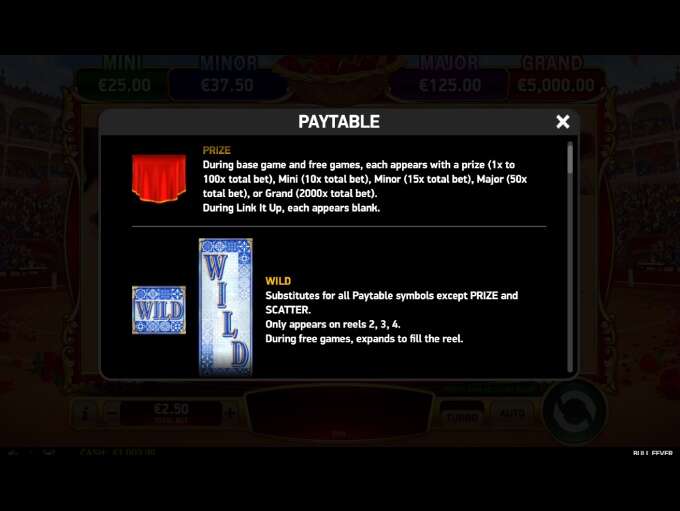 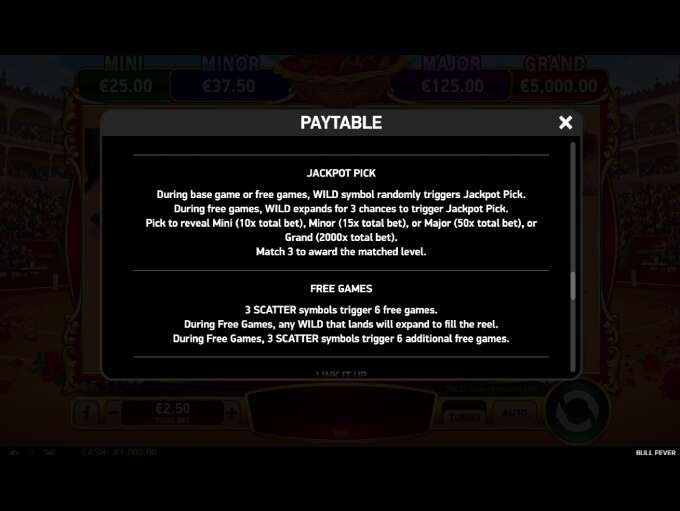 Enter the extraordinary world of Spanish Corrida and prepare for one amazing show!

Bull Fever is a Spanish themed online video slot released in May 2021 by RubyPlay which comes on a 5x3 grid configuration with 243 paylines and offers features like Wild, Scatter, Free spins and more!

Also, keep in mind that this online one armed bandit is of a high variance with a return to player value of 96,88%.

With that said, get ready for a showdown!

The main story of this online game takes place in Spain while the bullfighting festivities take place. It is said that this activity can even be traced to prehistoric times and over centuries it extended through the entire Mediterranean coast. Since then, it has involved in a well known sport we know today!

As soon as you power up the slot you will find yourself among the cheering crowd dropping roses on the main stage as the matador readies his cloak and sword. To keep you even more immersed in the experience a recognizable flamenco tune will be echoing through the stadium enriching the whole atmosphere.

And as far as paytable goes:

Bull Fever is a 5 reels 3 rows high online video game which proposes 243 ways of winning where betting ranges start at the minimum of 0,5 up to 500 coins per spin. Maximum payout of the game is valued at x4000 the stake.

Since this is a high volatility online slot with the best odds percentage of 96,88% it is safe to say that it’s currently above the iGaming standard!

Wild substitutes for all the other icons except for Prize and Scatter and can only appear on 2nd, 3rd and 4th reel.

Link it Up gets triggered once there are 3 or more Prize symbols on the same row that remain locked for the duration of 3 respins. Any blank prize icon landing on the reels will become part of the locked prize set and the bet increases by x1 resetting the spins back to 3.

Getting all 15 reels populated by the prize icons will spin the bonus wheel which can reveal prizes such as 20, 40, 100x the bet, x2 multiplier on all prize icons, or the 3 Jackpots, ending the feature.

Free spins landing 3 Scatters on the reels awards 6 extra spins and during the round any Wilds landing on the grid will expand to fill the reel.

Landing another 3 Scatters re triggers the features and adds additional 6 spins free of charge.

Jackpot can randomly be triggered during both during the base game of free spins. Match 3 of the same icons to reveal one of the 3 Jackpots.

Furthermore it comes with an above average RTP value which will certainly bode well for the players coming to give this one a spin!

You can play Bull Fever at the following casinos