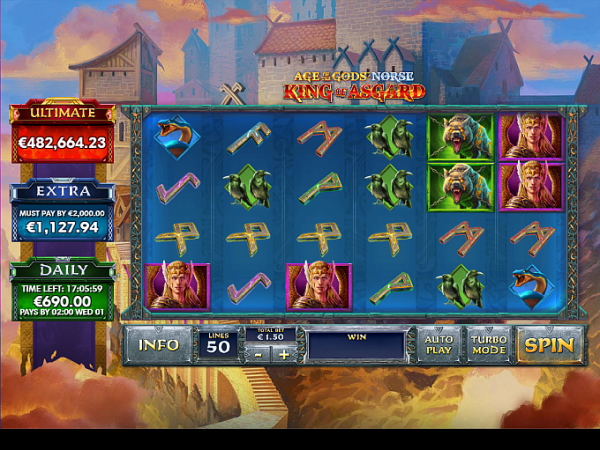 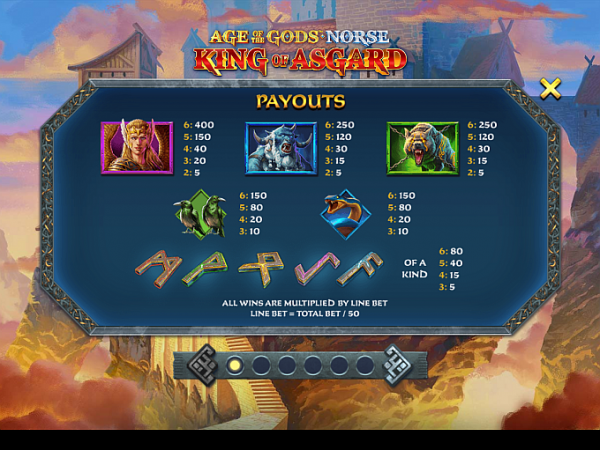 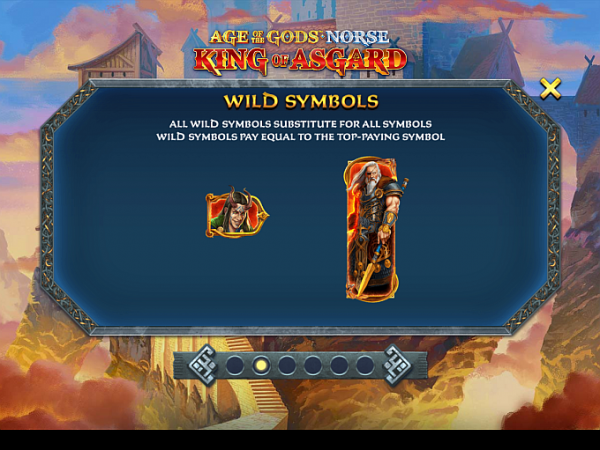 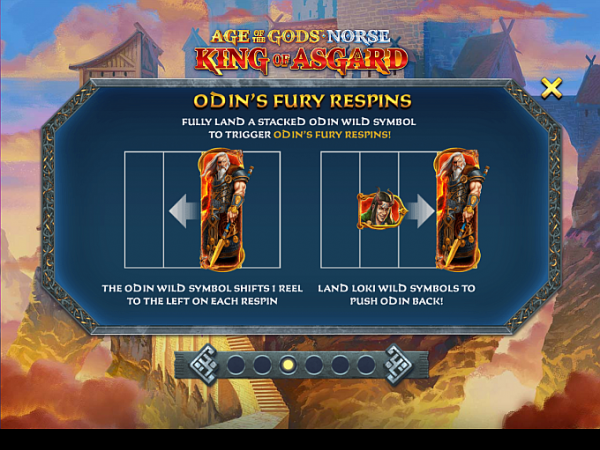 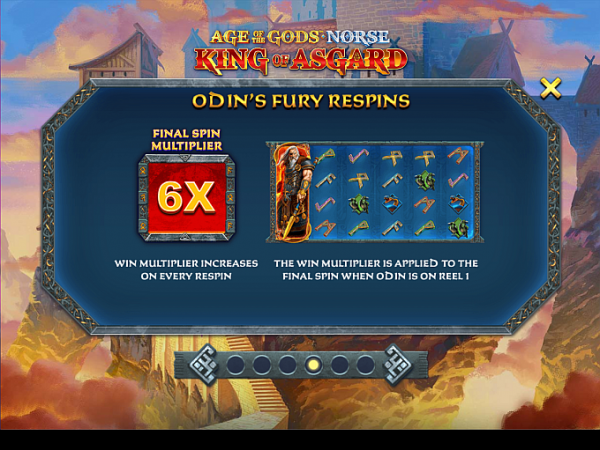 Age of the Gods Norse King of Asgardby Playtech

Age of the Gods Norse King of Asgard is a rather simple but interesting edition by Playtech.

The battle for dominance, life or death and for victory itself…

The mighty Odin or the sly Loki?

Join us in this new edition of series Age of the Gods Norse King of Asgard delivered to you by no one else but your Playtech!

Age of the Gods Norse: King of Asgard is a game based on those two deities specifically…

...you will see various symbols that are connected to either Odin or Loki in some way.

The theme of the game is the war between these two mythical gods and it's extremely well composed in this one.

Graphics aren’t as good as we are used to but they certainly are appealing to the eye and they get along with the old nordic music.

For low paying symbols we have a set of Viking Runes which will pay up to 80x of your line stake for 6 of those landed on a pay line.

...then we have Loki’s Wolf called Fenrir and Frost Giant called Jotnar which will both pay up to 350x of your line stake for 6 in a view.

And finally we have the highest valuable symbol which is Thor and he will pay up to 400x of your line bet for 6 in a view!

We also have two Wild symbols and these are Loki and Odin himself.

They will act as a substitution to any other regular symbol whereas Odin has an additional trick in his sleeve.

Age of the Gods Norse: King of Asgard comes with a setup of 6 reels, 4 rows and 50 ways to win.

Due to the betting range being set to anywhere from £10 up to £500 this video slot is handy for both high and low rollers.

There is no high risk as this title is low to medium volatility with return to a player (RTP) of 94,56% joined by progressive Jackpot contributions of 2,11%...

Now let’s talk about the special feature of this release!

Odin’s Fury Respins - when you manage to land Odyn Stacked Wild fully stacked on the reels 2, 3, 4, 5 and 6 you will trigger this feature.

Respins are given and Odin Stacked Wild will lock in a place for the duration of the spin.

Once the spin has finished Odin will move one step to the left and lock once again for the duration of the spin.

This will continue to happen until Odin reaches reel 1…

...during those spins a multiplier of x1 is added for each respin and will pay out at the end of the feature.

But don’t forget about Loki Wild as he takes his place right here right now!

...and get more respins!

This feature has no limitations!

Due to this release being a part of Age of the Gods Jackpot series, we have 3 different Jackpots to be claimed!

These Jackpots can be triggered on any spin at random.

Daily Jackpot - It is guaranteed to be won within a given time and date.

Extra Jackpot - This one is guaranteed to be won before reaching a given amount.

Ultimate Power Jackpot - This is a progressive Jackpot that has no upper limitations and can seed to £100,000!

Whose side would you take in Age of the Gods Norse: King of Asgard?

Which one of those two gods deserve the title of the King of Asgard?

Playtech is well known for their success as they continue to grow each day and make new partnerships which can only lead to perfection!