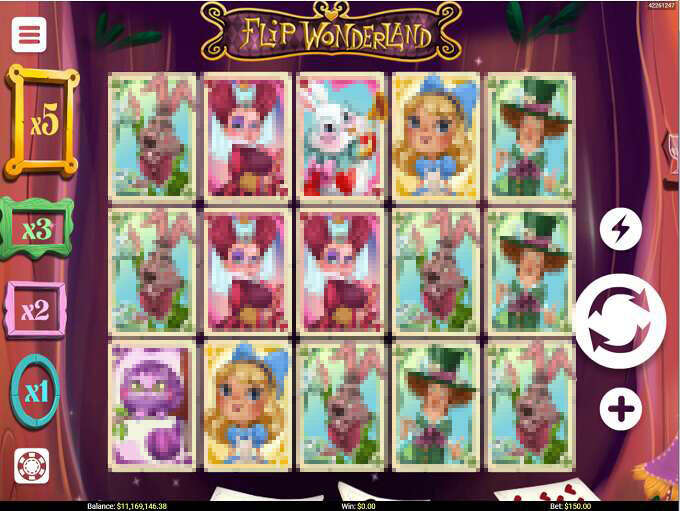 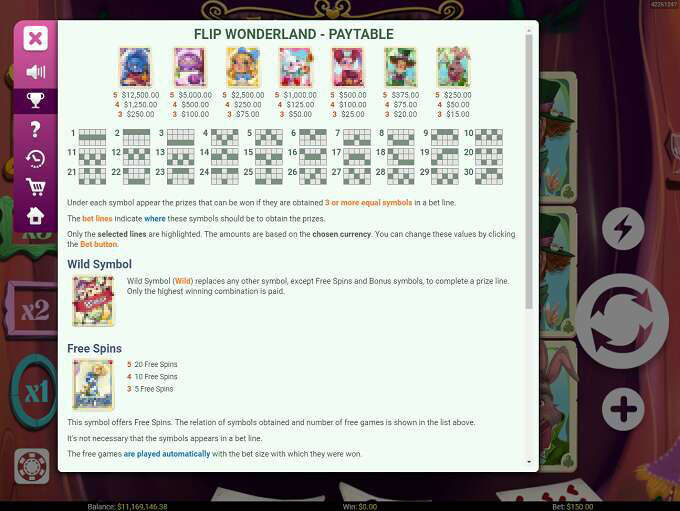 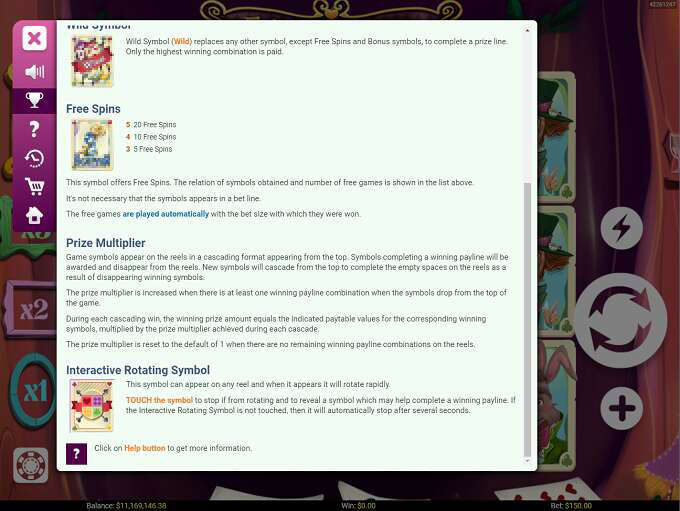 Join Alice in an unforgettable adventure filled with colorful characters and amazing treasures!

Released in June 2021 by Malta – based casino software company Mobilots, Flip Wonderland comes on a 5x3 grid configuration with 30 paylines and offers popular features such as Wild, Scatter, Cascades and more…

…keep in mind that this online video slot is of low – medium variance.

So with that said, let’s get on with our adventure!

The main theme of this online video game revolves around one of the most famous works of literature written by Lewis Carroll and of course we are talking about Alice in Wonderland. This book saw many adaptations both in movies and the ever famous Disney cartoon. The story follows young girl Alice as she falls in a whole and enters a whole new universe occupied by mysterious characters and even greater mysteries…

…in keeping with that notion, you will find yourself inside a tree house whose scenery displays some of the famous characters from the novel. Following you on the journey will be a cheery tune echoing in the background, keeping your spirits up and immersing you in the experience.

Now, let’s take a peek at the paytable:

Flip Wonderland is a 5 reels 3 rows high online video slot which offers 30 ways of scoring. When betting ranges are concerned, the minimum bet available is valued at 0,05 while the maximum stands at 5 coins per spin, which will certainly bode well for those low – rollers.

It is good to know that this low – medium volatility slot comes with a Fast mode, so if you like the faster paced gameplay just hit the flash button.

Wild – is a substituting symbol which replaces all the regular paying icons except for Scatter and Bonus and it pays only for the highest winning combination.

Free spins – landing 3, 4 or 5 Scatters on the reels awards 5, 10 or 20 spins free of charge, respectively. This round plays with the bet on which they were triggered.

Cascades – symbols on the grid appear in a falling order and when they complete a winning payline they get removed from the reels. Once removed, new symbols will appear in their stead and this will occur until there are no more wins.

Keep in mind that these icons come with a multiplier x2, x3 and x5, which increases if there is at least one winning combination when symbols drop on the reels. The multiplier will reset back to 1 when no wins occur.

Interactive Rotating symbol – appears anywhere on the grid and rotates until you click on it or after a few seconds if not touched. Once stopped, it will reveal a symbol which may help you in completing a win.

Flip Wonderland by Mobilotsdoesn’t stand out anywhere in particular, as it possesses features seen almost on all today's releases, but what it does have is a popular theme and fine audio/ visual segment, which will surely entertain many of the punters and keep them well – immersed in the experience.

You can play Flip Wonderland at the following casinos