Green Jade Games is an online real money casino games development company based in Malta. It is a subsidiary of MRG, the Stockholm, Sweden company that was known as Mr Green & Co AB until a name change in May 2018. The development company was quietly established in Malta in 2017. Its mission was first introduced to stockholders and the public in a July 2018 financial statement: MRG Q2 2018 Results 20.07.2018 (pdf).

Benedict McDonagh heads up the company as Managing Director. Prior to his tenure as Head of Gaming Portfolio at Mr Green Limited, McDonagh spent the balance of his 13-year career in the iGaming industry up to that point in management and senior positions within Betfair and the Rational Group.

The company's first title, Hammer of Fortune, debuted at MRG-owned casinos such as Mr Green, in December 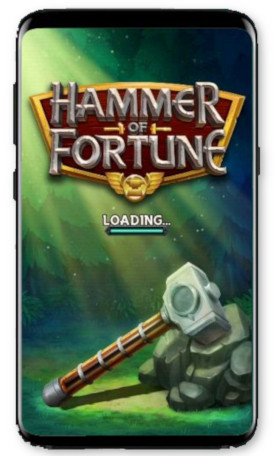 2018. The developer's titles are expected to be released to the wider market later. Hammer was the first in a new "Adventure Series" combining casino slots with skill and other elements from the video gaming world.

We had expected to see the first release in Q3 with two more titles to follow before the end of the year. However, Hammer of Fortune was not announced until mid-December. Two additional games were also developed in 2018. While unconfirmed at the time of this writing, the next two games from the company were expected to be Hero Academy and Legends of Rock.

Green Jade is wholly owned by MRG. The first games were developed in an unnamed U.S. studio located in San Fransisco, California. However, the company was non-committal on where future games would be developed. MRG CEO, Per Norman, did state that they "don't intend to employ a huge number of developers."

While talented outside studios create the actual games, Green Jade owns 100% of the intellectual property; provides the concepts and ideas; project management, and other critical elements.

The company has its own gaming server, most likely referred to in-house as the Green Jade RGS or simply the RGS (remote game server), and handles the current and future catalog of games, provides operational expertise and will execute the marketing of the games.

Why the games are unique

The games are designed to appeal to a much broader audience than 'traditional' online slots. Players can look for rich features in the games which are influenced by already successful social games. Imagine slots with “Candy Crush” and other previously non-gambling elements built on skill and interaction.

Where to find the games

Mr Green Casino was the first gaming site to deploy. Look for the games next at 11.lv, Bertil, BingoSjov, BingoSlottet, MamaMiaBingo, Redbet, and Winning Room.

Provenance to external suppliers, not owned by MRG, is also expected to follow. See the list on this page for trusted casino partners carrying games by Green Jade.