Electric Elephant Games is a Microgaming partner that has been providing games to the Isle of Mann company since April 2019. Formerly known as Seven Deuce Gaming (7DG), the company rebranded to the current name earlier in 2019.

Look for titles such as Space Spins, Volsunga, and Joker Jackpots in the developer's slots line-up with Space Spins being the first title released exclusively to Microgaming operators.

The original company launched in 2015 with offices in the UK and Sri Lanka and a portfolio of poker-focused games. They now plan to lead with video slots while still providing casino poker and hyper-social games to operators.

The Colombo development hub is still an important part of their expanding operations. The company name gives a nod to their starting place as elephants are synonymous with Sri Lanka.

They have produced more than 30 games for various clients. Their legacy games can be found on the Quickfire, Relax, and Leander platforms among others.

The team has a combined total of more than 40 years in the gaming business. The people behind the brand include the former head of poker at Virgin Games and a Sportech advisor; A well know poker pro who directed operations at Stake Me to Play, a large UK poker staking company; and the math whiz behind the scenes with a Ph.D. in math from MIT and a former Director of Math at Gaming Laboratories International in New Jersey. That core makes the future look very competitive for the firm, as does the coup in striking a deal with Microgaming.

While a major focus of the studio going forward will be video slots, their beginnings as a team of poker enthusiasts working to modernize old school games for a new audience shines through. One of the company's goals is to make their games accessible and enjoyable by all.

Some of the titles you may be familiar with include All-In Double Split Poker, Double Ditch Hold'em, Texas Switch, and Swap the Flop to name a few.

All games are developed under HTML5 for an online or mobile-ready gaming experience.

This is a huge 5x5 slot with 40 paylines, medium volatility, and a theoretical return to player percentage (RTP) of 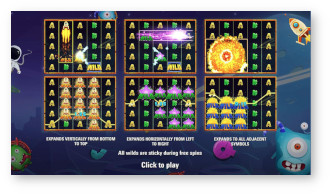 Rockets, Shooting Stars, and Sunbursts are expanding wilds that all shoot off in different directions. One super exciting thing about these expanding wild symbols covering the reels is that they remain sticky during free spins. While the maths make the volatility only 'medium' there are still opportunities to win big during the base game as well as the spins feature.

Volsunga is an innovative game with up to 3125 ways to win. The mystical gameworld is set in a Nordic forest. The narrative includes characters that shift shape from human to animal form to defend the forest and they share powers when the red moon is active.

The reel set is 5-3-1-3-5 with each of those numbers representing the number of symbols on each of the 5 reels. When the reels are "unlocked" it becomes a 5x5 all pays game with awards triggered let to right and right to left. 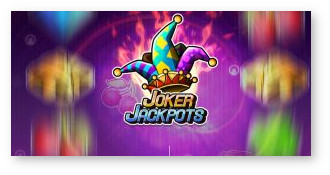 Joker Jackpot is a 3x3 classic slot with modern embellishments. In addition to the bonus round, there are three "must win" jackpots that have to trigger before reaching a certain amount. The Mini, Major, and Mega jackpots will see a lot of action as they approach their falling points.

Electric Elephant Games is a nice addition to Microgaming's growing portfolio of outside developers. When you see one of their games on Quickfire, that is the only place you will find the title as those releases are being deployed exclusively by Microgaming.

We look forward to more new releases and for the chance to play the games for real money to get a more in-depth feel for the experience - not only graphics and animations but, of course, the mechanics. Some of the bonus features look like they have the potential to release a stampede of casino cash into your bankroll.