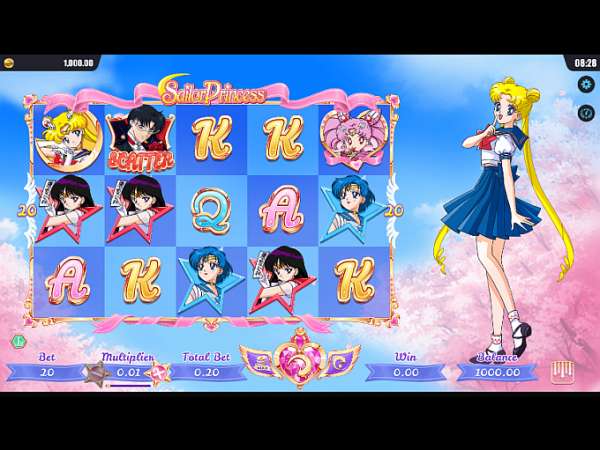 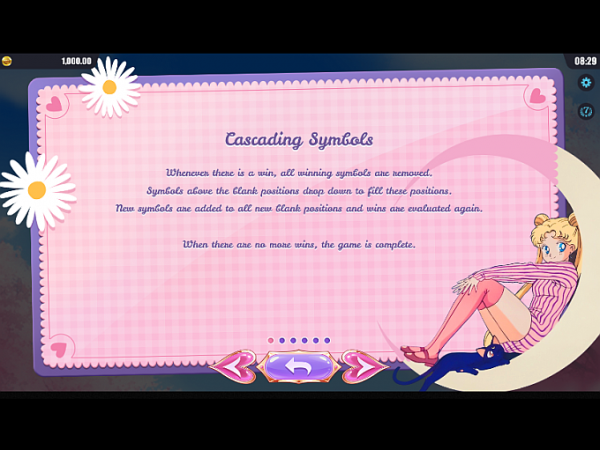 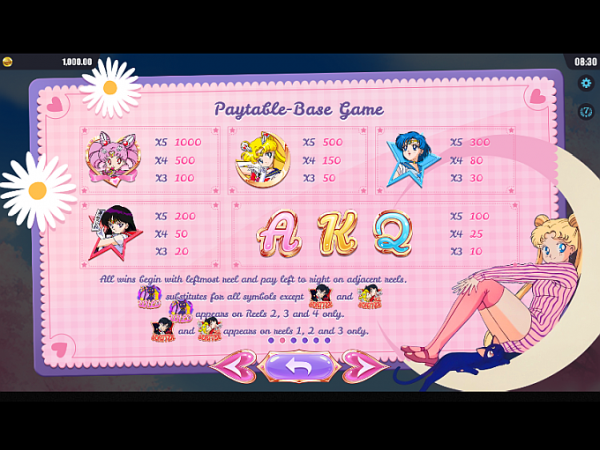 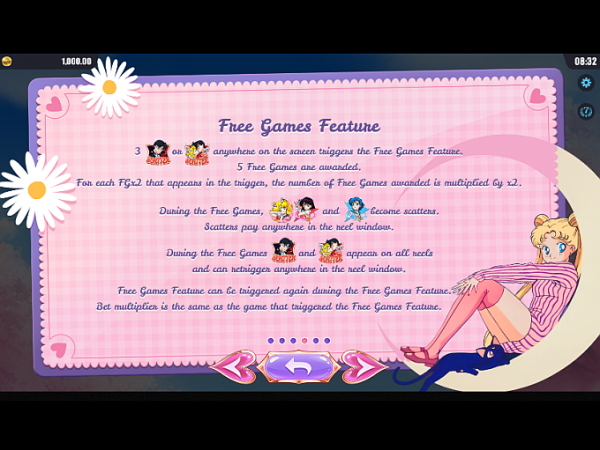 Japanese animation has exploded in the last two decades becoming increasingly popular and mainstream. No longer reserved for nerds and/or admirers of the land of the rising Sun, anime, and manga are enjoyed by a diverse group of fans the world over.

It should be no surprise that we’re seeing more and more slot games in the anime vein. Whether it’s just taking the aesthetics or adapting certain existing properties into real money gambling, developers far and wide have taken the Japanese inspiration and created many interesting games.

One such game comes from Dreamtech Gaming and is clearly very inspired by the classic anime TV series Sailor Moon.

Sailor Princess is a loving tribute to the original anime in which several high-school girls fought against the forces of evil using their magical powers.

The game reunites the cast of the show as high paying symbols and scatters. They are all rendered in high-resolution graphics which is completely faithful to the original show.

When it comes to other visual elements the game adopts the same aesthetics and style as the source material. Everything is cheery and very pink. And there are even cherry blossoms floating in the wind in the background while the theme song from the anime constantly plays in a loop (and gets a bit boring after a while so thank God for the mute option).

The most notable thing about this offering is that it features tumbling (also known as cascading) which means any time there is a winning combination the symbols will disappear and new ones will fall into their place. This allows for the possibility of win chains forming while also upping the excitement.

Other than that this is a very standard 5x3 slot offering with 20 fixed paylines and a host of classic options that we expect from any modern release such as autoplay. Simply select the number of spins and let the gameplay itself, standard stuff.

As for the bets, it’s possible to stake as little as 20 cents or a full 200 dollars at the maximum setting.

The extra spin mode in the game is triggered when three scatters appear on the reels and award 5 spins. Special symbols can appear during the triggering phase that can multiply the number of spins awarded.

From here the game proceeds with the same bet level as the one that triggered the mode, but there are important changes.

The three high paying symbols now become scatter pay symbols so they no longer need to be on adjacent reels in order to form a winning combination.

The mode is retriggerable too as extra spin scatters don’t stop appearing during it.

The tribute that the developer has made is wonderful and very detailed. For fans of the show, there are many small touches they will recognize and enjoy. For everyone else, this is a bright and cheery take on a slot game that’s fun to play.

There have definitely been quite a few games recently sporting anime-inspired graphics and this one is a welcome addition to that list.


You can play Sailor Princess at the following casinos