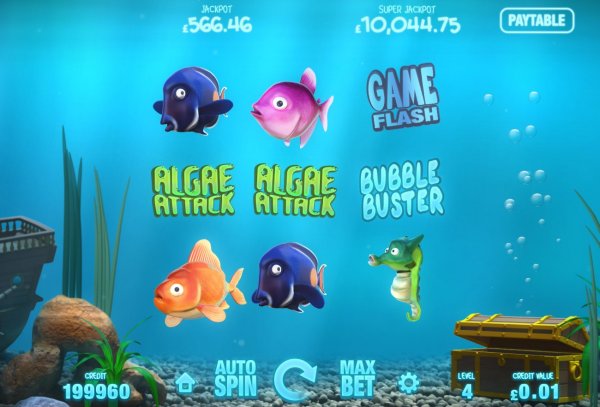 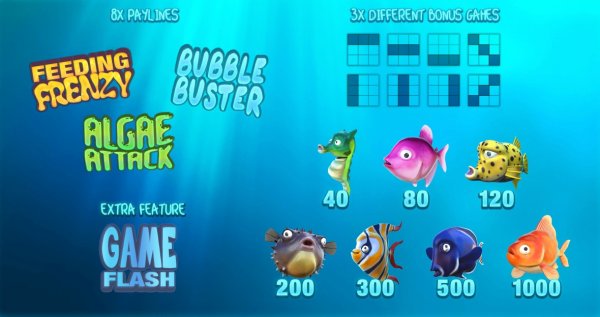 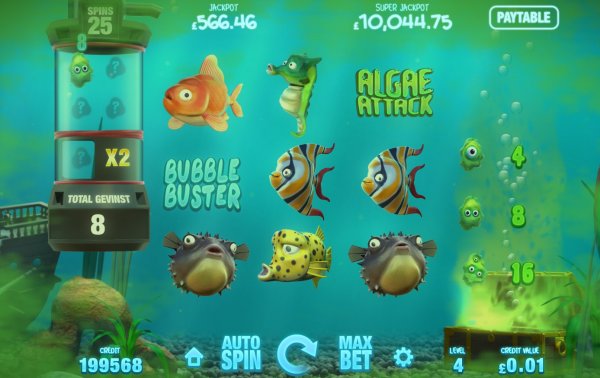 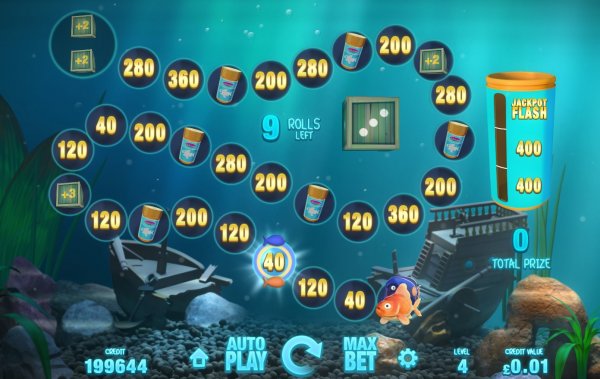 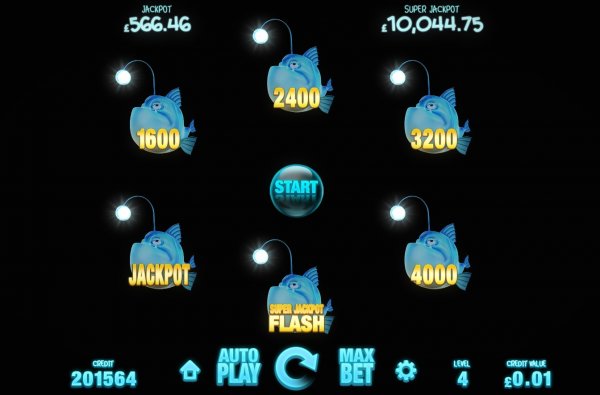 Fish Tank from Magnet Gaming is an ocean themed slot that takes place underwater in an aquarium. A rich background with sleek graphics is what you will immediately notice when playing Fish Tank. The second thing you will notice, are the two jackpots. Once you start spinning the reels, you will begin to unlock up to four bonus features that offer big wins, and interactive play.

Three reels, and 3 rows of symbols with 8 paylines are the basics of Fish Tank. Bets per spin range from 0.10, up to 10.00. A max bet button, auto play, and additional controls for sound and graphics are also available. Three or more of any symbol is needed for a win.

Fish Tank has 7 main symbols that are all different colored fish. The seahorse is the highest paying of these. Four other symbols can also be found that unlock their respective bonus feature.

Three Algae Attack symbols unlocks a free game feature. During free games, certain symbols will have algae attached to them. For each piece of algae collected, you additional coin prizes are added to your total take. There are 3 types of algae, each offering a different coin prize. Collect 5 and fill the tank to earn a multiplier.

Bubble Buster is a pick em style bonus that has you pop bubbles to reveal a coin prize, goldfish, or extra turns. Collecting goldfish adds to your total prize for that round. Once all turns are used, base game play resumes.

Feeding Frenzy is a board game style bonus that lets you roll dice to move your fish along the board. Each space has either a coin prize, extra rolls, or fish food. Fish food collects in the can on the right, and once filled you get a spin at Jackpot Frenzy where you can win one of the jackpots, or a large prize.

There are two progressive jackpots in Fish Tank. A minor, and a major. Winning one of the jackpots is done by accessing the jackpot flash game through one of the bonus rounds, or hitting three Game Flash symbols which also takes you to the jackpot spin.


You can play Fish Tank Jackpot Slot at the following casinos