Booongo Gaming is an HTML5 online casino slot developer with administrative offices in Taiwan and Curacao and a game development lab in Ukraine. The company was founded in 2015 and offers a remote gaming system (RGS) and back office support in addition to game development.

In a few short years, a mix of 'must have' games and a quiet yet aggressive marketing program have seen the company's footprint expand to over 150 online gaming sites. A brief list of a few familiar casinos that carry their titles includes LeoVegas, Vegas Crest (USA Friendly) and SlotsMillion to name just a few.

The company's games are easy to integrate and free of charge for operators to integrate in a move that may also have something to do with the amazing proliferation of games in such a short time.

Another element that may have lead to some of their early success is the markets the company has focused on, which include the underserved Asian and Latin American playing fields.

One reason the oddly named developer and provider has been able to produce over 40 high-quality 2D and 3D titles is their willingness to share their resources with other small labs and independent artists and designers.

The Booongo Development Program allows independent developers and studios to start game creations on the company's technology framework. While not an "open source" system, it does allow those without sufficient knowledge of and experience in maths, production, and compliance to work with a team of seasoned professionals and bring their ideas to life.

Under strict quality control conditions, Booongo provides technical assistance, interface, and access to markets, among other critical elements, allowing development partners to generate unique ideas and get them implemented and ready for launch.

The company is quite transparent and even shares their roadmap to the future publically on their website. Any concern can reach for the moon, but Booongo has consistently achieved their lofty goals and continues to do so.

The current map indicates at least one game release per month in the coming year.

Some of the most important elements to players are gaming attraction, excitement, usability, and reliability. The high-performance titles offer a mix of Asian and Western themes in a variety of math models to please any player.

The user interface is uncluttered and sensible. Thanks to the HTML5 framework, the games dynamically scale to any screen size, resolution, or aspect ratio.

They are also device agnostic and mobile adaptive, so the player's operating system (iOS/Android/Mobile Web) is unimportant and games adjust immediately to any orientation unless the screen is locked to landscape or portrait mode.

Feature mechanics are diverse and innovative with a variety of combinations to fit any theme or maths model. 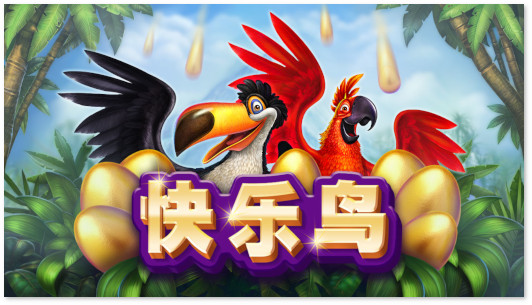 features is their 15 Golden Eggs Slot.

This older game, released in December 2017, has 5 reels and 15 paylines. The highest paying symbols are a menagerie of oddball parrots and other tropical birds with the rarest bird paying 10,000x line bet for five on a line (.01 to 5.00 bet range per line). The game pays both ways so double the max win to 100,000.00 on max bet.

Land three, four, or five Golden Eggs to trigger 10 free games and win a bet multiplier. Starting with the triggering spin, Golden Eggs remain on the reels throughout free spins. Collect an Egg in all 15 reel positions to win the progressive jackpot. Collecting 12 pays 100 times total bet, and x14 pay 200 times bet for a max bonus win at the end of free spins of 15,000.00.

While there are no wild symbols, the feature occurs fairly frequently, and the single maths element holding the game to high volatility is the top paying Toco Toucan symbol which pays 4x, 10x, and 20x more than the next most valuable symbols.

Other games with their own elements of attraction include KangAliens, Hell's Band, and Nord's War. All of the Asian-themed slots are well done and offer features in combinations that are unique in most instances. 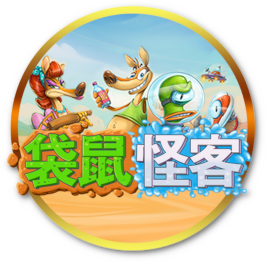 Kangaroos and Aliens battle to keep their holds on the Outback in a quirky cartoon-style game. The reels are transparent, showing the game world behind them as they spin. The green alien is wild and the green kangaroo is a scatter triggering free games. 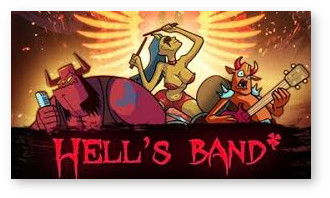 It's a heck of a theme, and certainly extreme. Look for high-voltage free spins, a craps-style Hell's Road Tour for a bonus game and "Random Destiny" wilds as well as scatters. 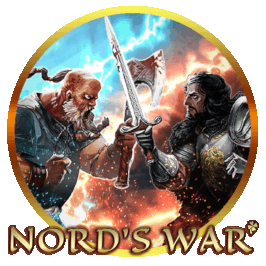 Something for our Nordic friends and the little bit of Viking or noble knight in just about everyone. Will you make it to Valhalla or cash out with the wealth of the ancient gods?

So far, Booongo has only released slots. That's not such a bad thing though... When you do something well, it may just be best to stick to it. Slots are, after all, the reason most players go online to gamble!

For such a young company in an industry teeming with talented competition, Booongo Gaming has experienced phenomenal growth. Distribution deals and marketing alone cannot account for their early success. The games are worth playing, again and again. The company's transparency and open platform can also be seen as contributing.

We're able to find statistics about game performance by region and for the world. 15 Golden Eggs has withstood the test of time and ranks in the top five in all markets: World, Asia, CIS, and Europe. Players everywhere find the game to be engaging, fun, and worth returning to.