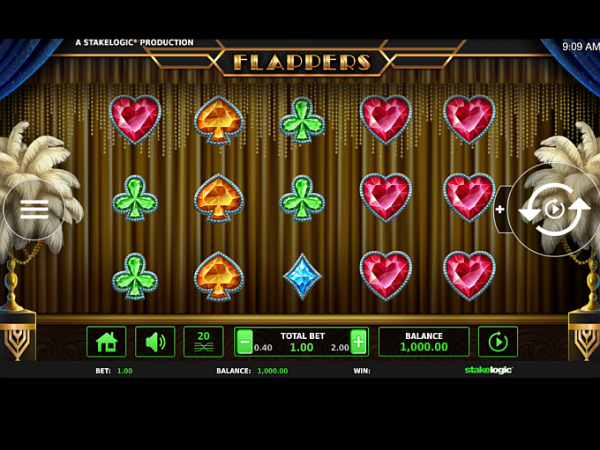 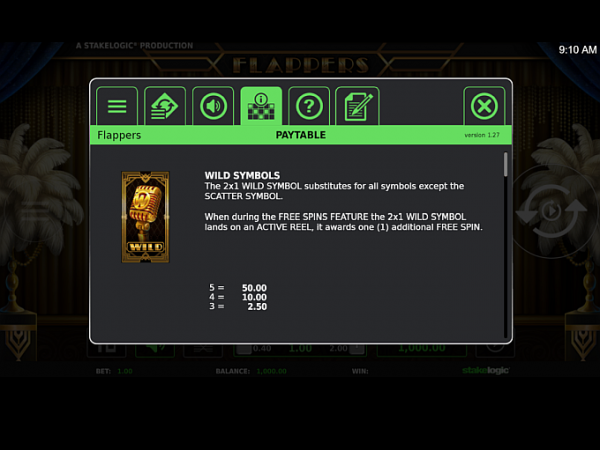 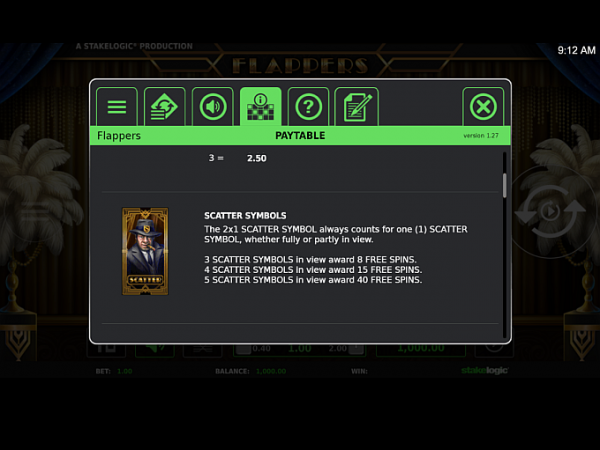 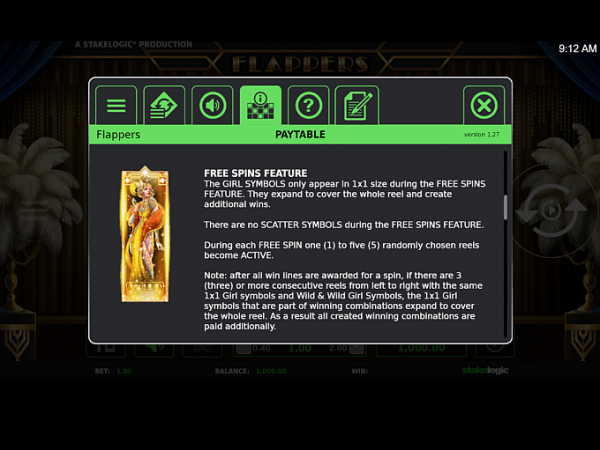 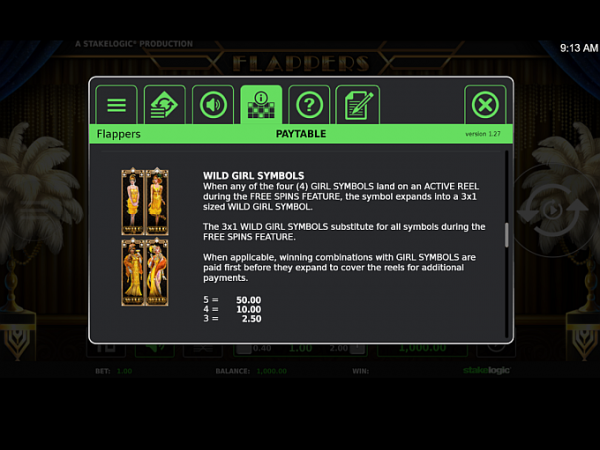 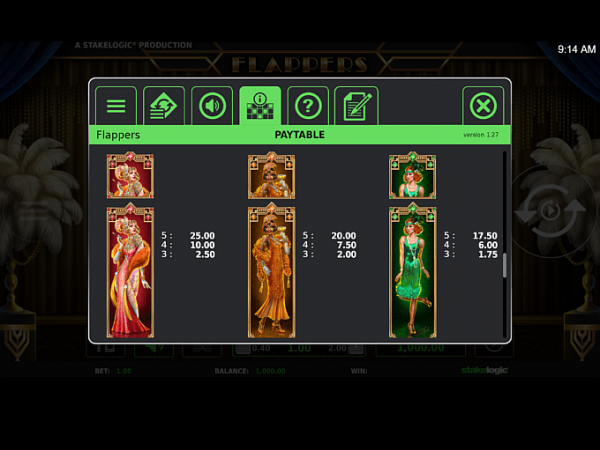 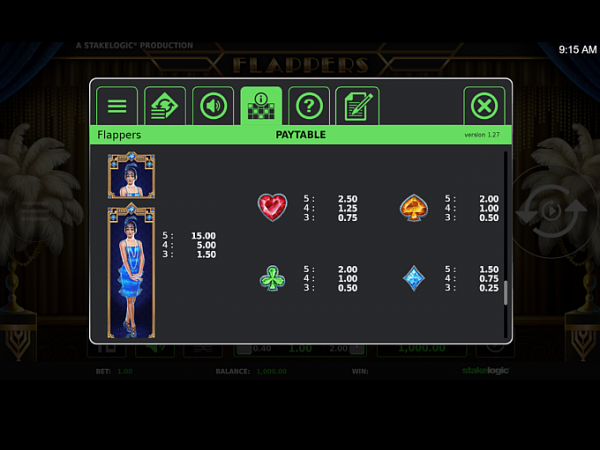 As we enter the 20s of the 21st century, we remember the previous ones that wore the epithet – roaring.

Will these be equally as? Time will tell, but for now developer Stakelogic wants us to go back to the turbulent and interesting post-WWI period where “the gin is cold, but the piano’s hot”, to quote a very famous musical.

It’s during this time when alcohol was prohibited (but still flowed freely if you knew where to look) and jazz reigned supreme that a certain new kind of women emerged.

Flappers, as they were called, behaved scandalously…

…by wearing knee-high skirts, smoking in public, and driving cars. Yes, it was a different time.

And now here we are, a full century later, with an online slot dedicated to these icons of female empowerment.

The theme and style should be clear. It’s all glitz and glam – set in a speakeasy just oozing opulence.

It’s pearly curtains and feathers as far as the eye can see.

And on the reels…

…the flappers themselves. Dressed in extravagant attire and wearing fur, feathers, and pearl necklaces.

In the spirit of going over the top…

…these high-paying symbols appear strictly in a 3x1 configuration hogging the entire reel.

The low-paying symbols are a girl’s best friend – diamonds. Shaped like card symbols, of course, as this is a video slot after all.

This extended tribute to the roaring 20s and the jazz age is set on a 5x3 grid with 20 fixed paylines.

Options like autoplay and fast spin are present. Automate the spins and look at the pretty graphics if you so choose. Or just make everything go by really fast and focus on getting that winning combo.

To help with the winning…

…a gamble feature is included. You’ve seen this one before – bet on the card color for double or nothing. Or bet on the suite for a 4x win.

In the way of special features there are the extra spins. Activated when three or more mob boss scatters appear, they come with an interesting twist.

This is because one reel is chosen to become the “active reel”. When different symbols land here – they activate effects.

For instance, the wild symbol on the active reel won’t just substitute for any other but will also add one extra spin.

Similarly, when the girl symbols (high-paying items) land on the active reel they become wild.

And in addition to the gamble feature, there’s enough going on here to captivate and engage punters.

The twenties have been an inspiration to slot developers for quite a while. There are other such games as Deco Diamonds that also celebrate the look and feel of this interesting decade.

Flappers definitely ranks among the better efforts in this area.

With an irresistible style and fun bonus features, this send off for the roaring twenties will definitely satisfy many punters.


You can play Flappers at the following casinos