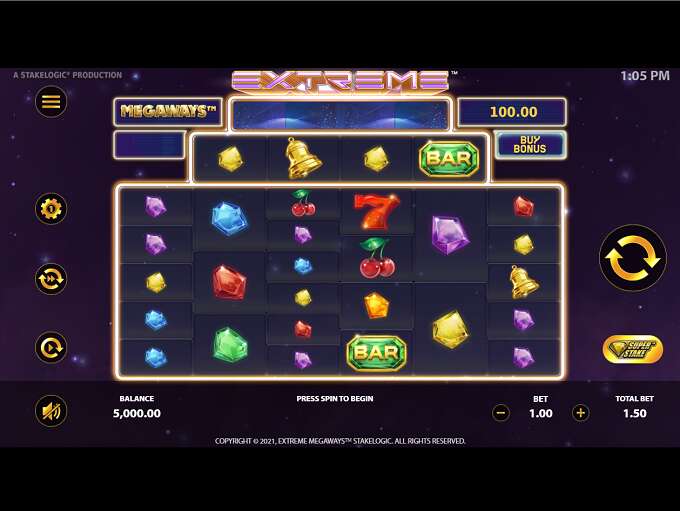 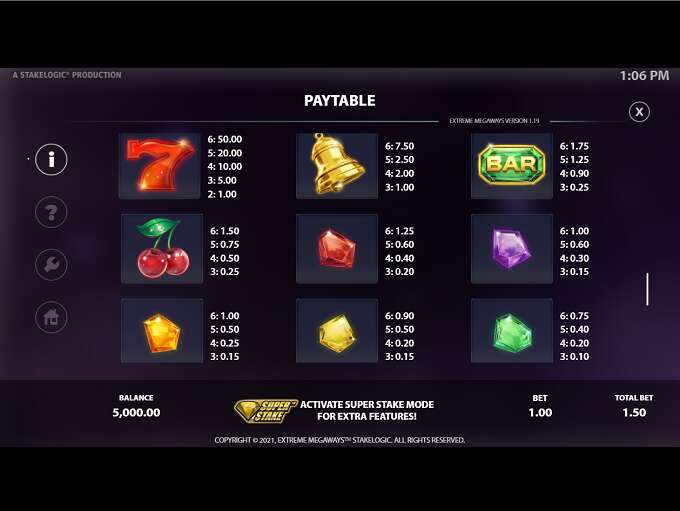 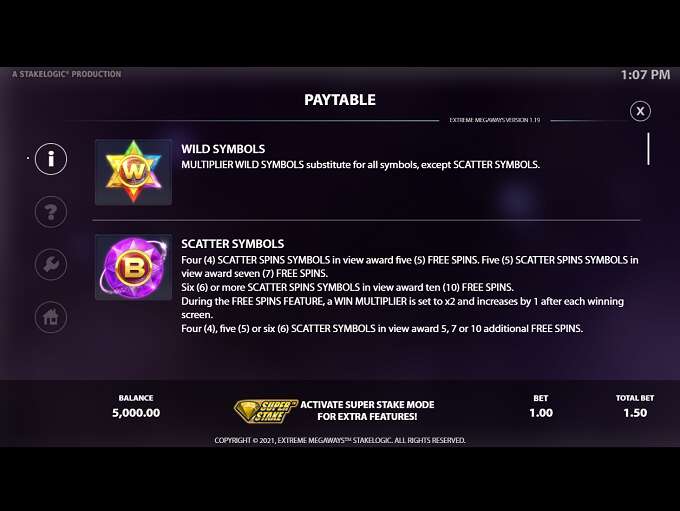 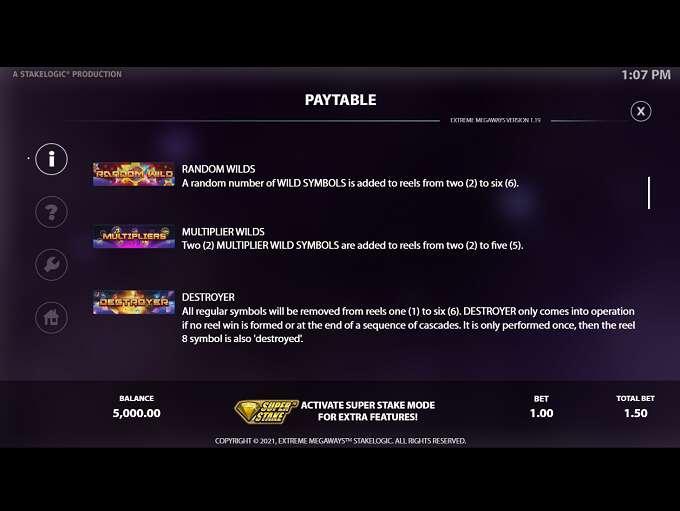 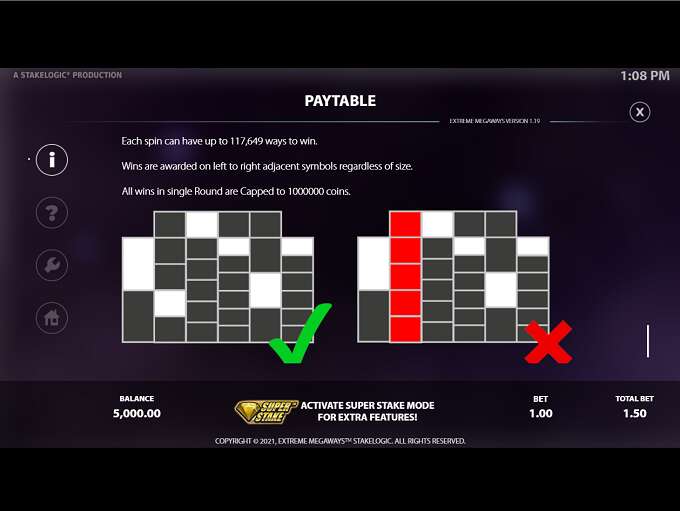 Are you ready to take part in space exploration? Expect many shiny surprises and other intriguing mysteries!

Extreme Megaways is an online video slot released in August 2021 by StakelogicCompany which comes on a 6x7 grid layout with 117649 paylines and offers features like Cascades, Wild, Scatter, Multipliers and more.

It is good to know that this is an online game of high variance with a return to player value of 95,62%.

So with that said, let’s get on with our adventure!

The overall concept of this online one – armed bandit draws inspiration from those old – school slot machines which are evident by the choice of symbols it has to offer, but more on that in the further text. The notion we get from this game is that of nostalgia as it is reminiscent of the 80s and the spacey themes which were prevalent in the said decade.

Further emphasizing the whole retro vibe of this online slot is the electronic music which can be heard echoing throughout the space which sets a chill tone and relaxing atmosphere.

Now, let’s check out those symbols we mentioned earlier:

Extreme Megaways is a 6 reels 7 rows online video slot offering 117649 ways of winning with betting ranges spanning from 0,2 up to 40 coins per spin.

Seeing as this highly – volatile online one – armed bandit comes with the best odds percentage of 95,62% makes it currently below the iGaming standard, which is valued at 96%.

The top payout of this online game stands at 50,000x your stake.

Wild – substitute for all the other symbols on the paytable except for Scatter.

Cascades – is triggered on each consecutive win removing the winning symbols and making space for the new ones dropping from above. This feature will continue as long as wins occur.

Bonus features – these features get triggered on the horizontal bonus reel and can dish out 1 of these modifiers:

Free spins – landing 4, 5 or 6 Scatters awards 5, 7 or 10 extra spins, respectively. During this feature there is a win multiplier which starts at x2 and increases by 1 on each consecutive win.

Super Stake – enables a bonus that delivers extra prizes for a charge of x1,5 the bet and increases the chance of triggering Extra spin feature.

Buy Feature – grants an opportunity of activating Free spins features for a price of x100 the bet or x200 if super stake is activated.

Extreme Megaways is a thrilling online video game with an old school vibe packed with plenty of popular features. Also it comes with quite a hefty top payout and offers an immersive overall experience.

One downside however is the below average RTP value but this fact gets overshadowed by all the other mentioned things which will certainly keep many of the punters well occupied and satisfied.

You can play Extreme Megaways at the following casinos