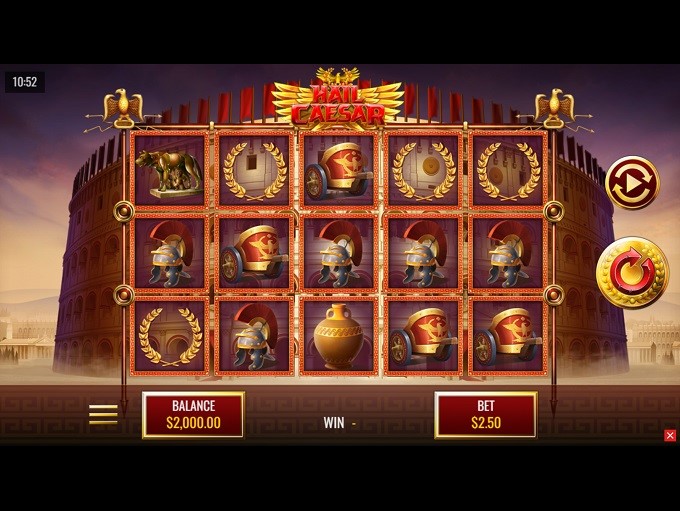 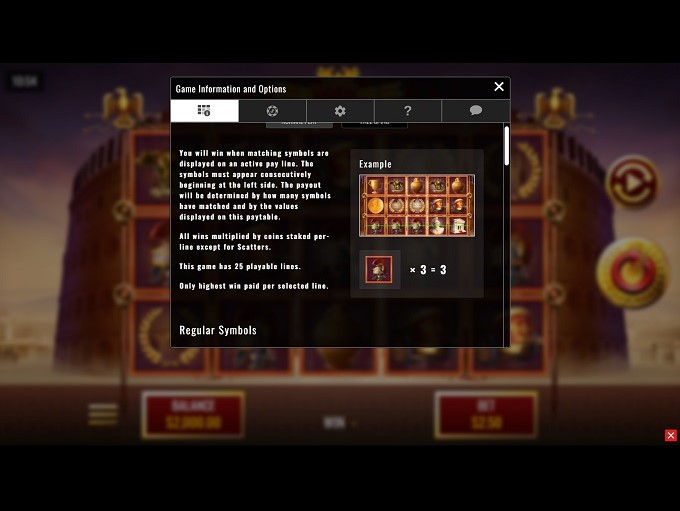 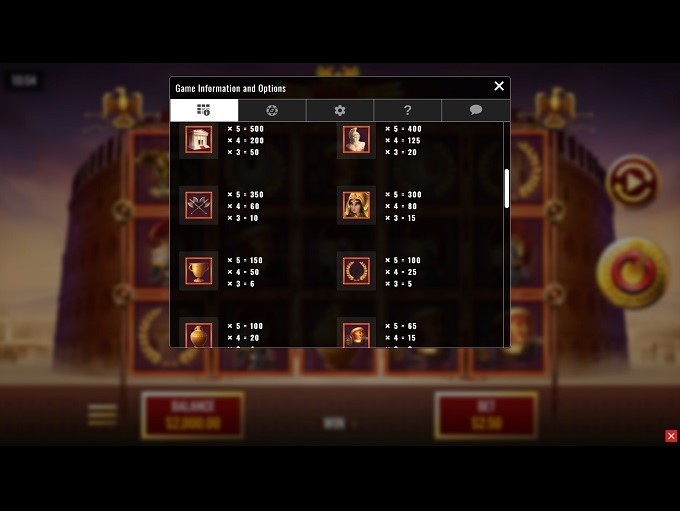 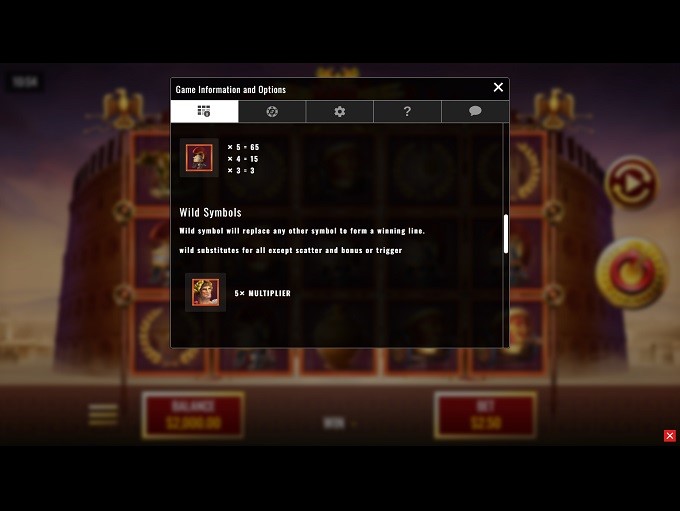 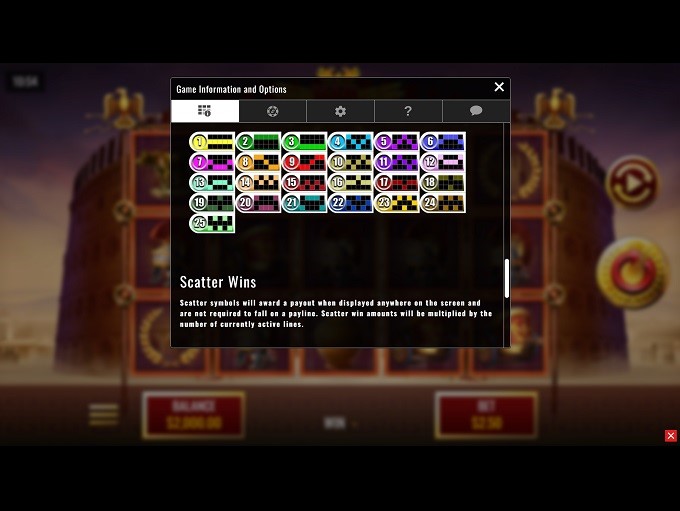 Hail Caesar online video slot takes us to the past, to the great Roman Empire led by illustrious Julius Caesar. Spin the reels and take a seat at the first row - the battle is ready to start!

This is one of the latest games powered by Rival Gaming software provider, released in July 2022. The game features a 5x3 layout with up to 25 paylines crossed over the reels. Scatter symbols can trigger some free rounds in the game, while Bonus icons can award prize coins.

The mighty Roman Empire and great Julius Caesar are pictured through this engaging online video slot. The Roman Colosseum behind the reels testifies about brave and skillful gladiators who fought their way to freedom and glory.

Hail Caesar online video slot features the most common layout with five reels and three rows, where players can cross up to 25 paylines. Symbols, except Scatters and Bonus icons, create winning combinations landing from left to right along an active payline.

Bonus Round - Three and more Bonus gold coins trigger the Ides of March Pick Bonus round. If two coins land on the reel, they will be held in place while reels respin and maybe some additional coins appear. When the round is triggered, players have to select assassins to win some prize coins. The feature ends when players reveal ‘X’.

Hail Caesar is an interesting online video slot, especially for players intrigued by the powerful Roman Empire. While Wild symbols play their common role, Scatter symbols can award up to 20 free spins. There are also Bonus icons that can bring attractive amounts of coins. The game is available for both PC and mobile devices.


You can play Hail Caesar at the following casinos