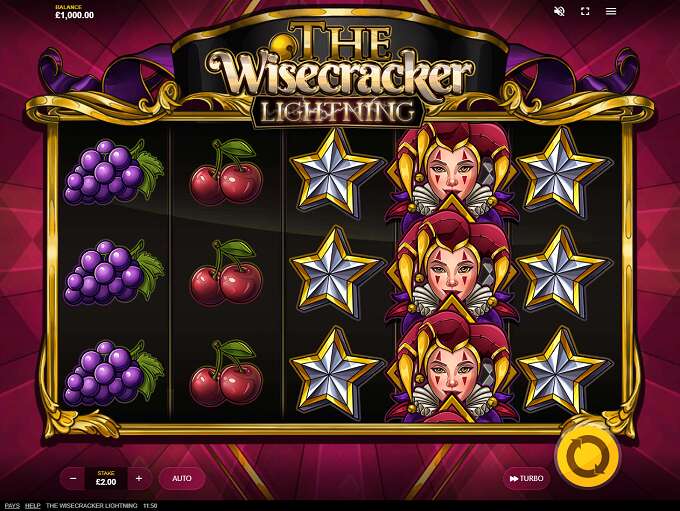 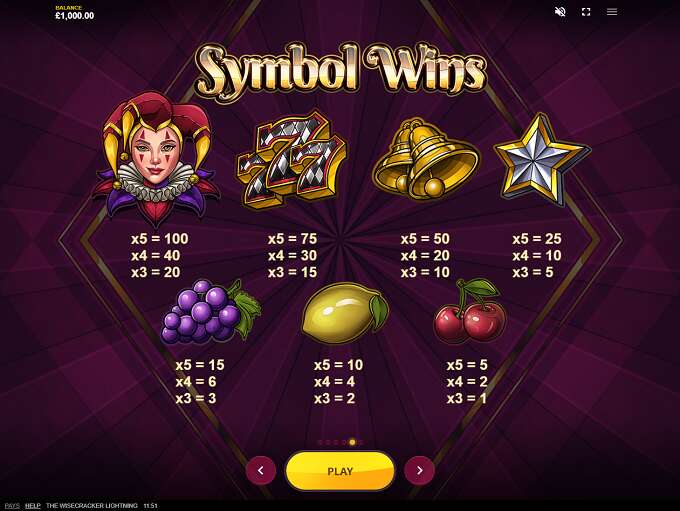 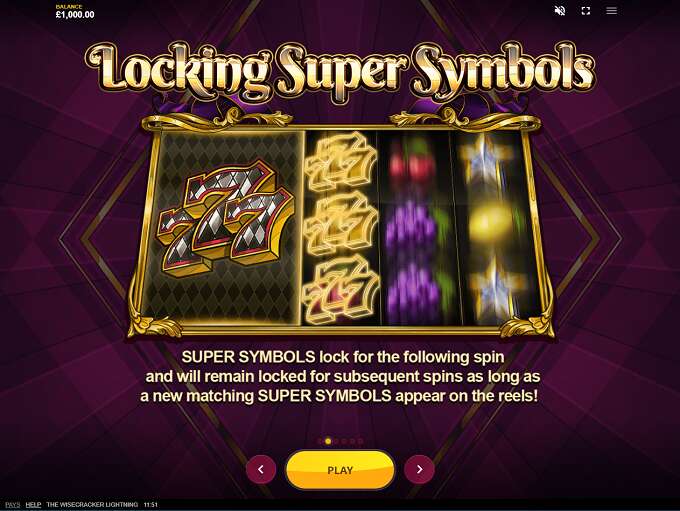 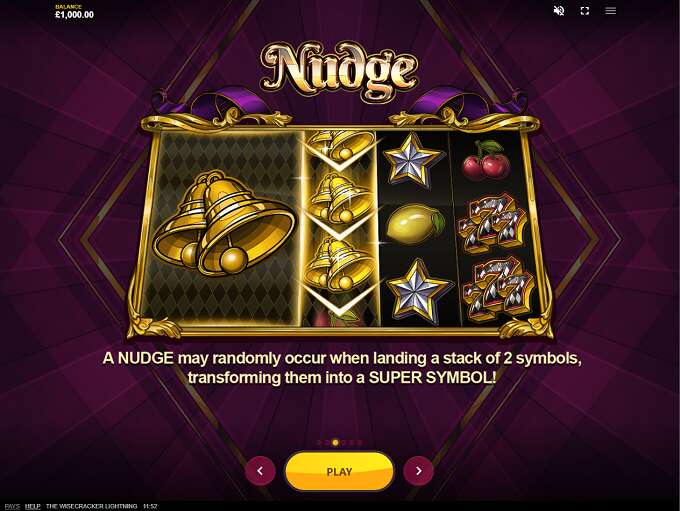 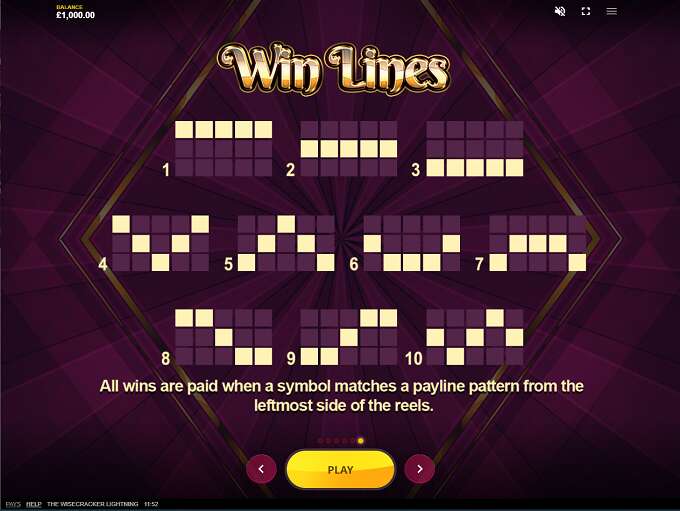 Get ready to enjoy this old school one – armed bandit and see what the Jester has to offer!

Released by Red TigerGaming in August 2021, The Wisecracker Lightning is an online video slot which plays on a 5x3 grid configuration with 10 paylines and offers features such as multiplier, Stack and more.

It is good to know that this is a game of a high variance with a return to player value of 95.75%.

Now, let’s get down to business!

This online video game gives off a notion of those old-school slot machines which is further emphasized by some of the well – known symbols on its paytable, but more on that later. As soon as you load up the game you will find yourself looking at a violet background embroidered with golden inlays and intricate shiny geometrical shapes.

On the center of your screen is where the grandiose grid stands and although it is simple in design the graphical segment comes with crisp visuals coupled with the organ music playing in the background it provides for great immersion and pleasant experience.

The Wisecracker Lightning is a 5 reels 3 rows high online one – armed bandit offering 10 ways of scoring, where betting ranges span form 0,1 up to 10 coins per spin, which will surely bode well for the low – rollers.

Seeing as this high – volatility online slot comes with 95.75%, makes it below the current IGaming industry standard valued at 96%.

The top payout of the game stands at x1000 the bet.

Stacked symbols – icons appear in stacks of 3 or more on the reels and when 2 of the same stacks hit the reels, there is a chance of triggering a nudge feature which will show a full stack.

Super symbols – Once a stack of 3 icons appear on the reels they get transformed into one 1x3 Super symbol. Landing 2 Super symbols adjacent to each other will get merged into a bigger one up to the maximum of 5x3.

Locked Super Symbols – when a super symbol appears on the reel they get locked for 1 spin which happens with each new matching super icon appearing as well, until no new matching symbols occurs.

Once a 5x3 super symbol is formed they payout according to the paytable.

Keep in mind that only one type of super symbol may lock on the reels at one time and when a new super symbol hits the grid, the one with the higher potential will be chosen as the icon to be locked for the next spin.

Lightning Strike – when a locked super symbol is present on the reels there is a chance of triggering this feature which comes with a random multiplier. The Lightning strike may occur on each spin increasing the multiplier up to a maximum of x100.

The Wisecracker Lightning is an online video game with an old school vibe and some exquisite features which will capture the interest of many punters, coming to enjoy it.

Also it comes with a somewhat decent audio/visual section but below an average RTP value may pose as some concern, so keep that in mind before opting to give this one a spin.

You can play The Wisecracker Lightning at the following casinos