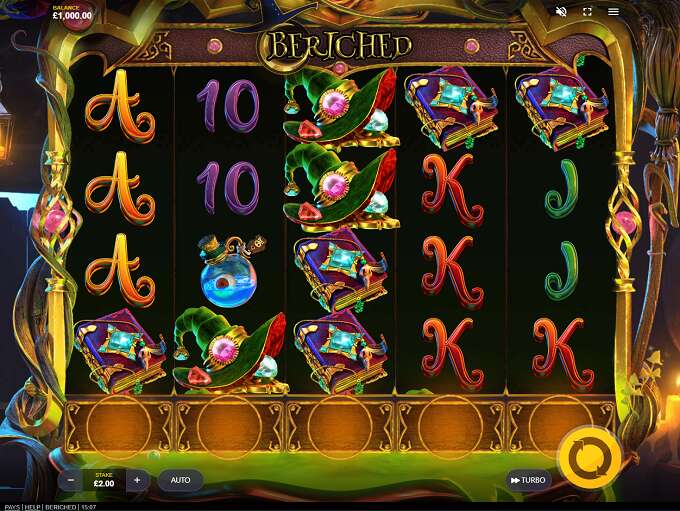 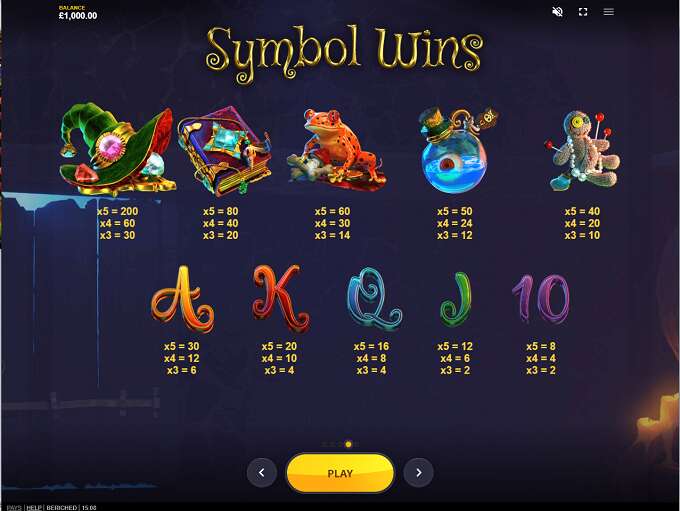 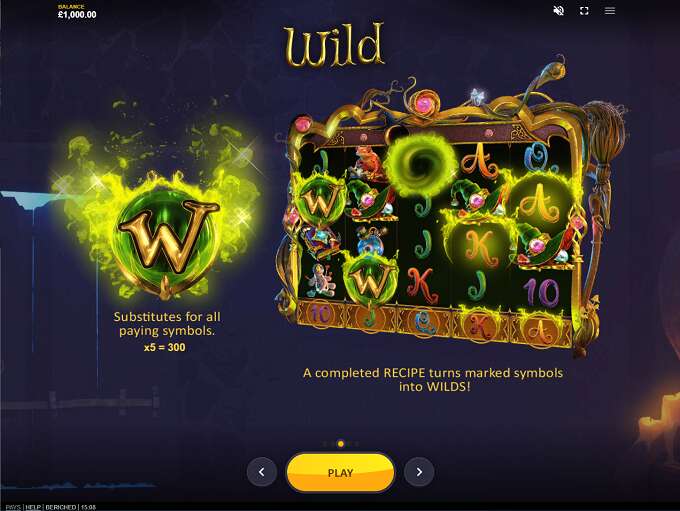 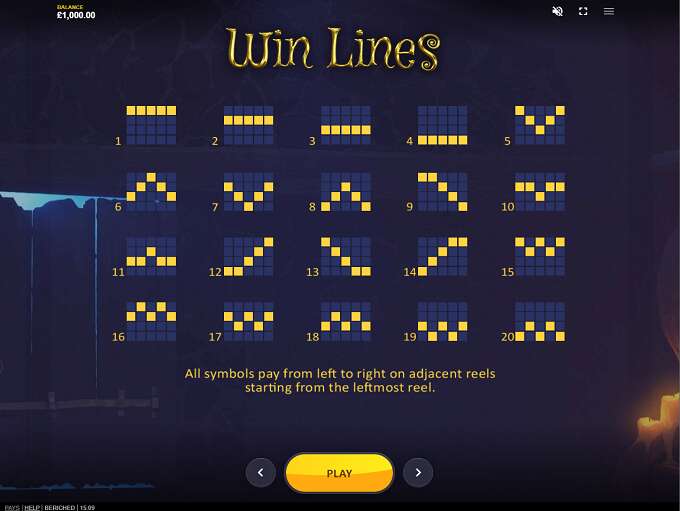 Prepare to master the art of brewing magical potions and come up with a unique recipe. The possibilities are endless!

Released in October byRed Tiger Gaming, Beriched is an online game which comes on a 5x4 grid configuration with 20 paylines and offers exciting features like Wild, Symbol Swap, Scatters and more.

It is good to know that this online one – armed bandit is of a high variance with an approximate return to player value of 95,78%.

So with that said, let’s jump right into the action!

The story of this online game takes us to a magical realm where you will assume the role of master alchemist and learn the art of brewing magical potions. As soon as you power up the game you will find yourself in an old cabin where many pots can be seen hanging from the ceiling as well as herbs and other condiments.

At the very center stands a large cauldron filled to the brim with a green bubbling liquid. The howling winds can be heard outside while cracking sounds of burning wood will keep you cozy and warm. As you start spinning the wheels an upbeat music can be heard echoing throughout the premises, keeping you fully immersed in the experience.

Let’s take a look at the paytable:

Beriched is a 5 reels 4 rows high online video slot offering 20 ways of winning, where betting ranges span from 0,20 up to 40 coins per spin while the maximum payout stands at x2500 your bet.

This highly – volatile online video slot comes with the best odds percentage of 95,78 %, making it currently below the IGaming standard.

Wild – substitutes for all the other icons and can only appear during the Recipe feature while during free spins it stays locked until the round ends.

Recipe feature – A random set of icons below the grid will appear at the start of the first spin and they are referred to as a recipe. If a symbol matching the one below appears on the reels it will remain locked. When more matching symbols hit the reels the recipe will be completed and they will get turned into wilds, the recipe pattern will then get removed making way for the new one.

Symbol lock – symbols matching the recipe pattern and Scatters appearing on the grid will lock for 1 spin and if new ones appear the mechanic will be re – triggered.

Free spins – Once 3 Scatters appear on reels 1, 3 and 5, 10 extra spins will be rewarded. During the round the recipe will be transferred and remain throughout the round while all the locked icons will be turned into wilds at the end of first free spin.

If the recipe is completed and extra spins are won on that same spin, wilds will be transferred with a newly formed recipe pattern. Any new matching symbols will be instantly turned into wilds and when the feature ends, the recipe pattern will be removed as well.

Scatters do not appear during the extra spins, thus no bonus spins can be won.

Beriched is a magic – themed online video slot offering a fine audio/ visual experience and some exciting features that will keep you fully immersed in the game.

Issue however is the below average RTP so keep that in mind before opting to give this one a spin!

You can play Beriched at the following casinos