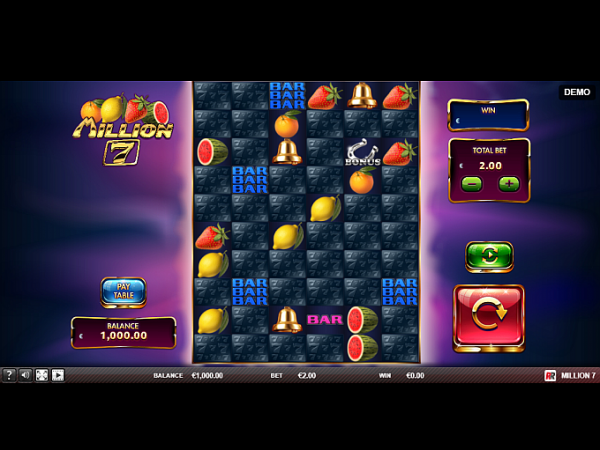 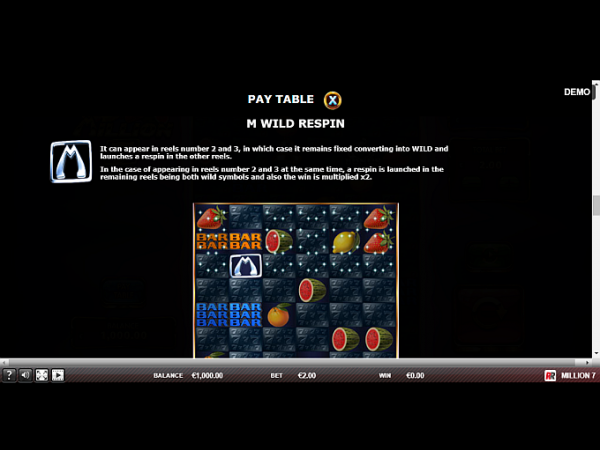 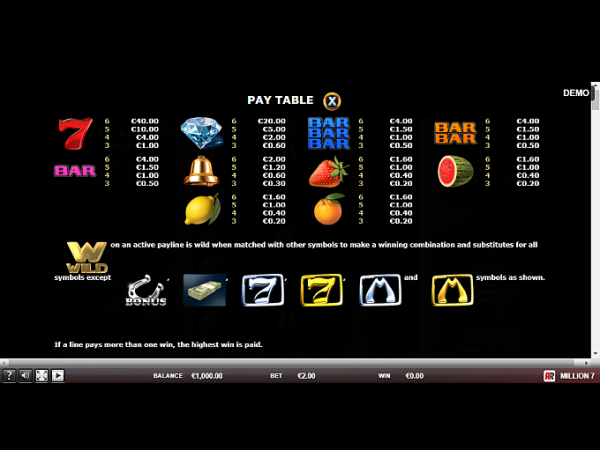 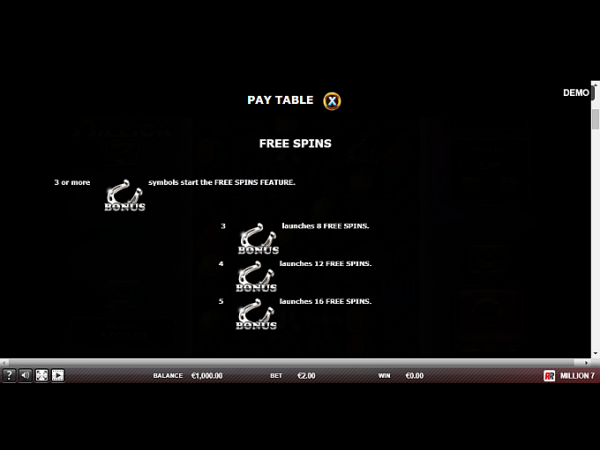 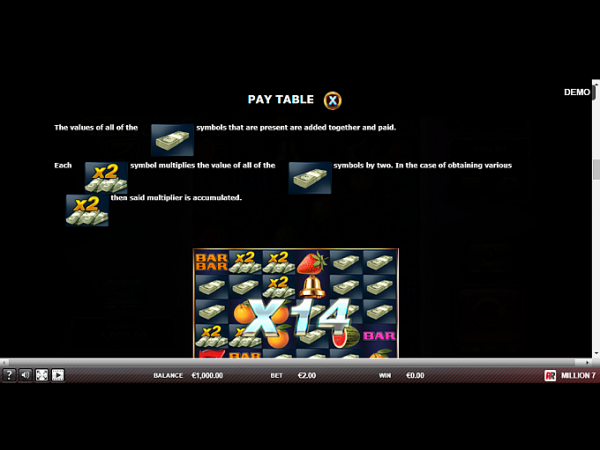 Red Rake Gaming has pulled out all the stops in this release, with not just a million ways to win but also many engaging and fun bonuses, as well as a cool graphical style that harks back to the age of classic fruit slots.

As mentioned, this offering takes after the classic fruit slots that used to delight punters before games became super complicated and filled with high-resolution art and 3D effects.

But that’s not to say Million 7 is a graphical slouch. On the contrary, the game looks wonderful in high resolution with crisp lines, nice shading on the buttons and detailed symbols.

The symbols themselves comprise of the standard fruits denoting the low paying options, and the classic slot royalty for the high paying ones.

But in addition to these, there are multiple kinds of bonus symbols. Gold and silver 7s, a horseshoe denoting extra spins, a gold and silver money symbol and some stacks of cash.

The reels are crowded, but the more the merrier.

It’s a 6x10 board with the already mentioned MillionWays feature. Players can stake as little as 0.20 euros on a single spin or if they feel extra lucky…

The game is also mobile-friendly and works in both landscape and portrait modes for those punters who can’t resist the call of one million bet ways even when they’re on the go and in a hurry.

Yes, the game looks nice and sounds nice and you can play it on your mobile, but it’s bonus features that make it really shine.

First off, the money collect feature. Because who doesn't like collecting money?

When three or more money stacks symbols appear, all the empty places on the board spin around to reveal even more money, and there are even multipliers.

Because they launch the “Frenzy” feature which fuses the two central reels into one filled with bonus prizes.

Will you get multipliers, extra spins, or gain entry to the “Frenzy 7s” pick game?

…it’s a pick game in which players uncover tiles and try to get all the differently colored 7s without hitting the same one twice. The more you can collect, the more you win.

There is a silver M too, which serves to become wild and launch a respin.

One blast from the past in this game is the scatter symbol that isn’t used to launch any special features but pays out the way scatters used to do.

The extra spins feature awards five turns and keeps a money stack, a horseshoe, and two golden 7s permanently on the reels.

It’s an excellent game that combines a blast from the past aesthetic with forward-looking and innovative.


You can play Million 7 at the following casinos