Rakki N.V. is a real money casino slot and RNG card game developer with offices registered in Willemstad, Curacao. The company develops and provides games on the HTML5 framework as well as for Adobe Flash player plugins.

The games support over a dozen languages and all major currencies including Bitcoin and other cryptos. They are designed with full transparency and are "provably fair" to operators and players.

Their Satoshi Slot would be a good test subject for those who like to look under the hood. The website bears the

seal of iTech Labs, which means the random number generator has been tested and certified. However, following the diagram below and the step by step procedure outlined on any gaming site that carries the slot, will prove beyond a doubt that the results have not been tampered with. 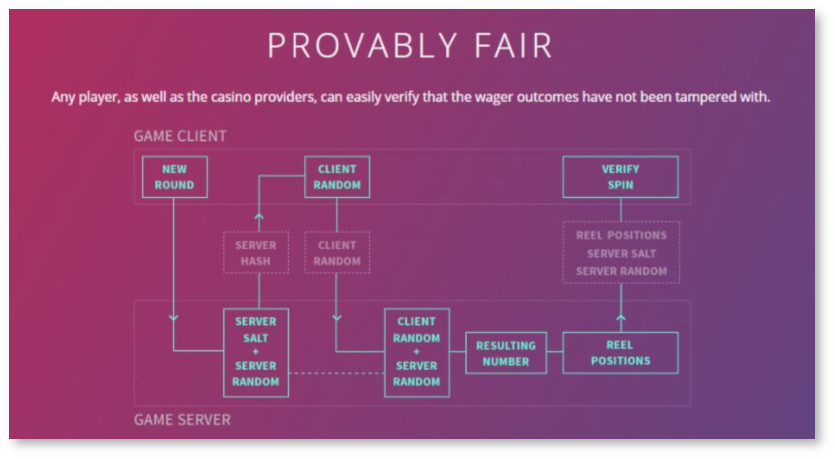 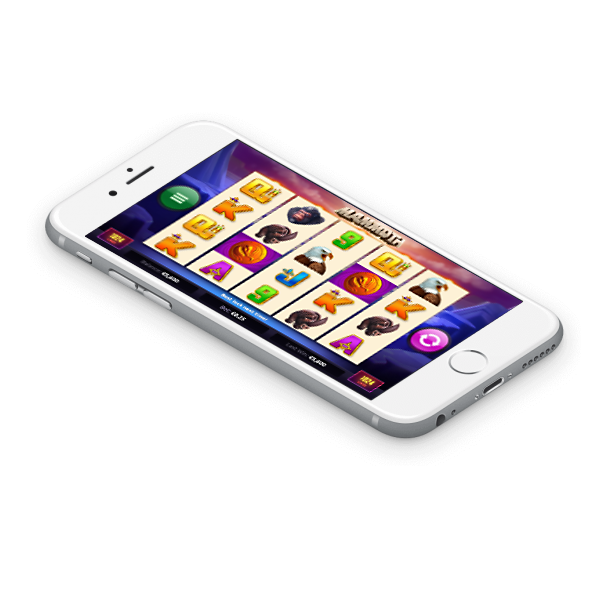 As of early 2019, the company's portfolio contained:

Mammoth can be played in demo mode through the following links for DESKTOP or MOBILE.

All game controls are optimized for mobile. Homogeny between channels is fine, but we'd still prefer to see a bet slider on deck, rather than having to go into the hamburger menu to increase or decrease our stake on desktop or mobile.

The games load quickly, even over a slow internet connection, with decent artwork and sound. However, "big win" celebrations begin at 5x total stake on Mammoth, which we find a little bit low as a threshold. The good news is that players can end the win celebration by clicking anywhere on the screen.

Mammoth is a 5 reel slot with 4 reel positions each and no traditional paylines. Doing the maths from left to right 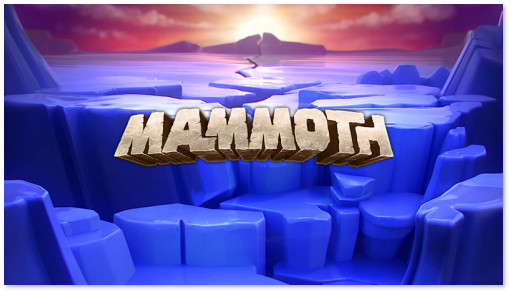 Look for wild Lemmings on reels 2, 3, and 4 and scatters on all five reels. Three, four, or five scatters trigger 8, 15, and 20 free spins respectively.

During the free spins bonus, any two scatters will award 5 additional games with no upper limit on the number of free spins that can be awarded.

Wild symbols will double or treble awards during free spins with up to a 27x multiplier paid out.

The Wooly Mammoth is the highest paying symbol and it can appear stacked during the base game and free spins.

The theoretical return to player percentage (RTP) for Mammoth is stated as 96.2% and it seems to be a medium volatility game. We don't have the data sheets to determine that precisely, and with a max payout of more than a quarter million coins assuming 27x multipliers during free games, we'd notch that up to "medium-high" as a statement of conjecture.

Satoshi Slot is a crypto-currency only game. The bet slider is on deck so there's no need to go into a menu to 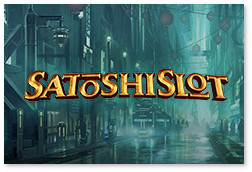 change your stake when you feel lucky or less than lucky.  The currency is in mBTC, or current BTC price/1000.

There are 25 paylines and the game features a scatter symbol that becomes a Wild during free games. After landing three or more scatters, players choose one of them to reveal the number of extra wild symbols that will appear on the reels during the feature game. As many as 24 wild symbols can be added to the reels. 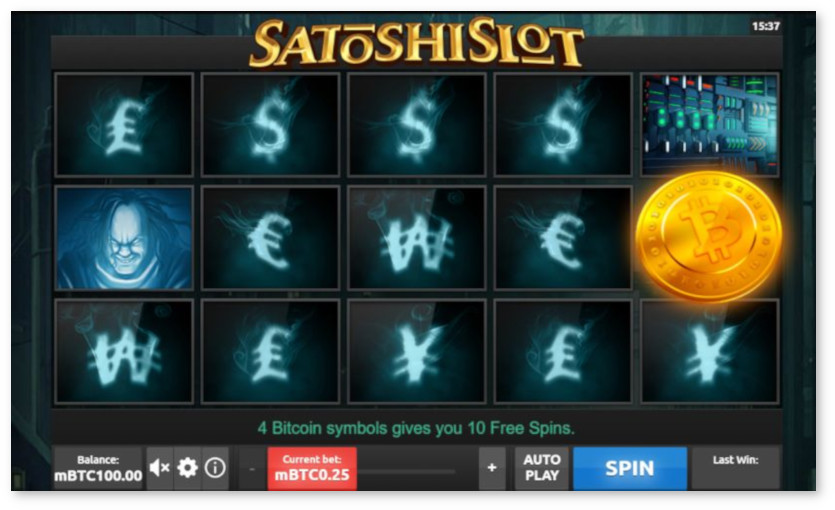 We'll need to see more games deployed to get more of a feel for the company. (Please see a list of casinos featuring Rakki games on this page). Rakki is lean with their public information so far. We have been able to determine that the company operates MegaDice casino, formerly known as SatoshiDice. We only find resolved complaints from the time before the rebranding in December 2017 and no complaints after that.

With an iTech Labs certified RNG and provably fair widget or methods, games on this software are actually more transparent than some European licensed online gambling games.

We look forward to more titles and wider deployment of the games.