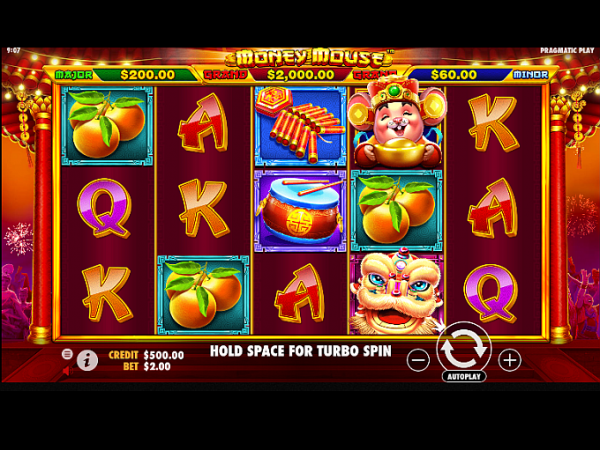 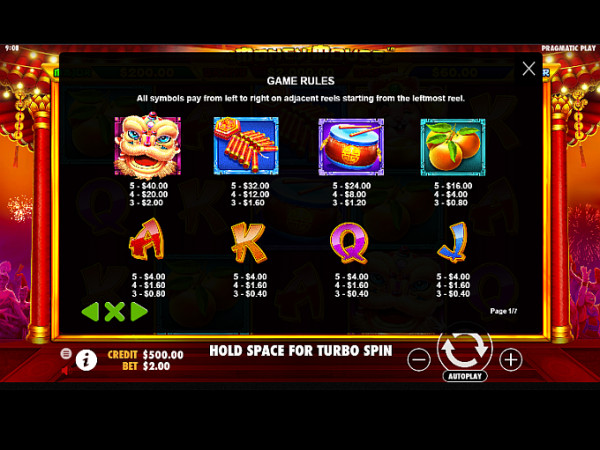 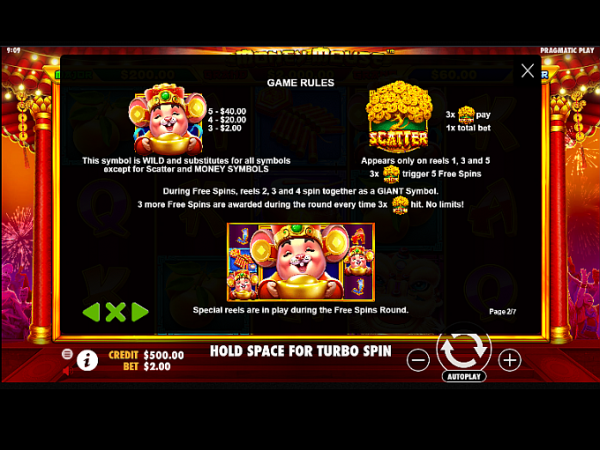 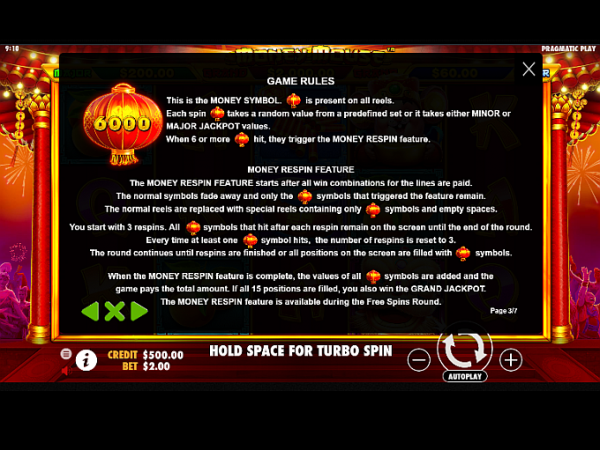 Among the evergreen themes for video slots, Asian mythology and culture have a special place.

It’s a setting and atmosphere various slot developers have drawn from often. It makes sense, as these old civilizations have thousands of years of myths and stories.

Even though there are so many offerings out there, when one is done well it can still have new things to show us.

Such is the case with Money Mouse by Pragmatic Play.

The year 2020, when this offering was released, is the year of the Rat in the Chinese Zodiac. In Chinese myths, rats are often seen as positive figures. Mice and rats can symbolize vitality and luck.

That is why they are often depicted carrying a money purse with them.

From there, the association with igaming is clear. What punter wouldn’t want some extra luck, even if it is from a rodent?

The main character in the game is a cute mouse dressed in traditional Chinese garb and offering a big pot of gold. Now that’s a mouse you can get behind.

As is expected from a game made by this developer, the graphics are top notch. It’s crisp and animated and very detailed. There are many fun details in the background and various effects.

The result is a game that looks very alive and dynamic, a far cry from those offerings where it’s just a static background.

It all comes even more alive...

…in the special features which have even more animations and effects.

Punters will test their luck on a 5x3 grid with 25 fixed paylines. Some options you might be interested are auto spin and turbo mode.

The first will let you automate spinning so you can sit back and watch the pretty graphics. The second one lets you speed up the animations, if you’re impatient or just in a hurry.

An interesting option that exists here is a battery saver. That’s intended for all of you how play on your mobile devices. By limiting some of the graphical features, the game will use limited mobile resources such as battery power more effectively.

It’s really nice of the developer to think about mobile gamblers as there are more and more of them every day.

Any game that’s all about riches and treasures needs to have good and plentiful features. And on that front, Pragmatic Play has delivered.

The game has arguably the best feature of them all – jackpots.

There are minor, major, and grand tiers and their value depends on the current bet size.

To get a crack at winning them, 6 or more money symbols need to appear on the reels. The game then shifts to a special mode called Money Respin where only the money symbols appear.

The goal is to get as many of these symbols to appear as they bear different money values on them including the jackpots. At the end of the mode, the values are tallied together and paid out to the players.

There are extra spins too…

…triggered in the usual way. When three money tree scatters appear the mode will launch and bring with it its own twist.

The twist in question – reels 2,3,4 fuse together to create one giant reel on which giant symbols appear.

..the mode is endlessly retriggerable. Every time three scatters appear three more spins will be added.

Pragmatic Play is known for producing many games with an Asian theme such as Monkey Warrior and Lucky New Year.

Here they are again…

…with another offering covering these subjects. And it’s a good one too. From the graphics to the extra spins to the jackpots – it’s an exciting time that’s full of fun.


You can play Money Mouse at the following casinos