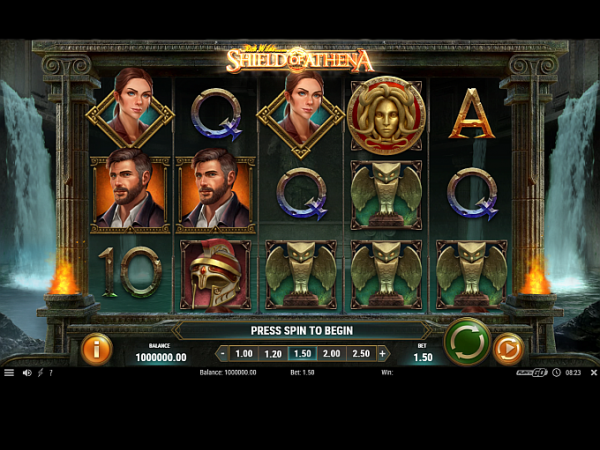 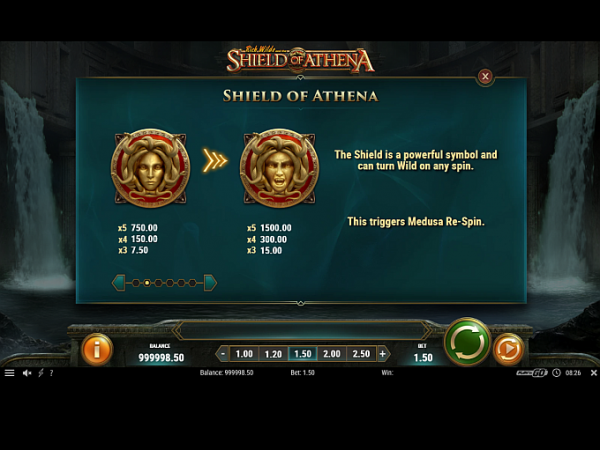 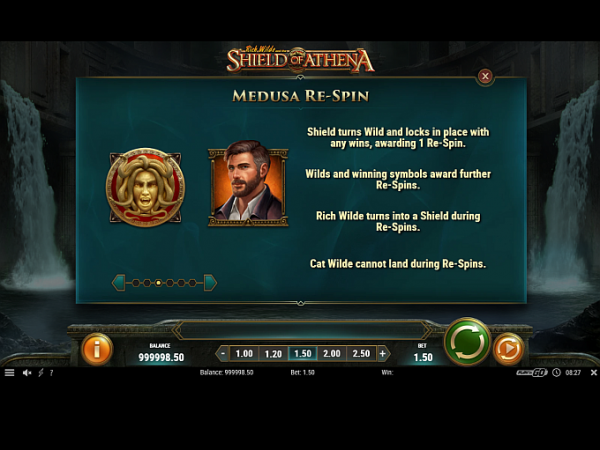 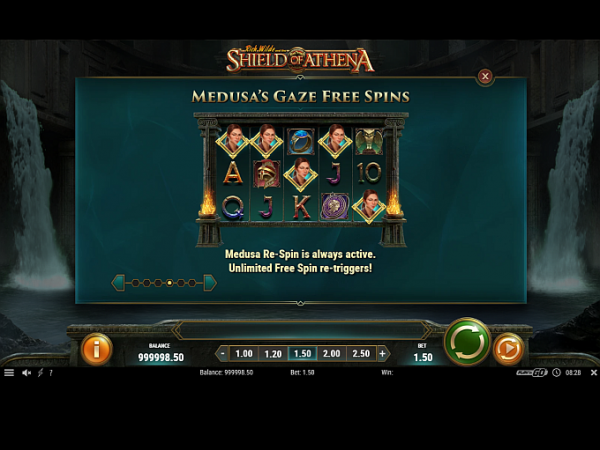 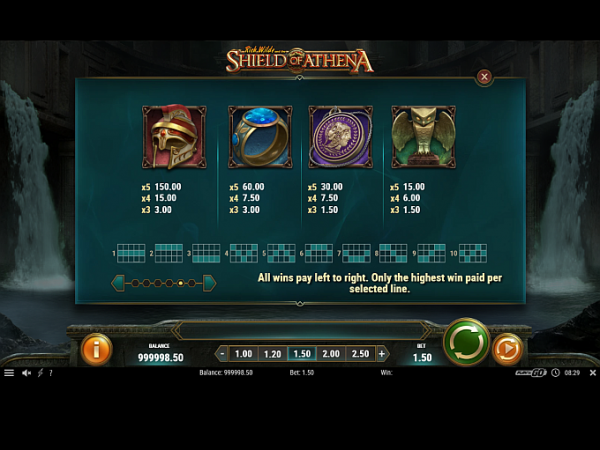 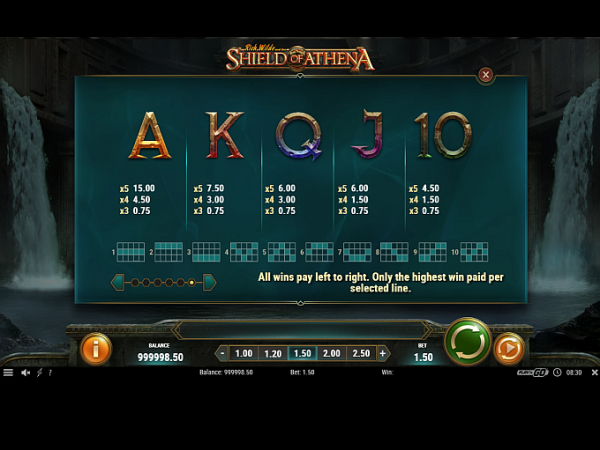 Rich Wilde and The Shield of Athenaby Play'n Go

If you are familiar with Play’n Go releases, the chances that you have met Rich Wild are great, but, this time, you will also face his fearless daughter, Cat Wild, as together they are stronger to help you towards winning up to 10,000x your stake!

So far, this famous character, who had his premiere in the 2016 Book of Dead release, has explored Egyptian and Amazon temples, fought with the Tome of Madness, and now...

...he visits a dark Temple once belonging to the Goddess of War herself in the search for the famous shield.

Can you help this duo disarm the horrifying Monster medusa and hold the sacred shield of Athena?

Is The Theme Interesting?

As you would probably expect from a Play'n GO release, you will be faced with a nice design and great graphics!

This time, you get to accompany the two characters to Atlantis and face a woman with snake-hair and a look that could turn a man to stone!

Besides, the developer did an amazing animation and sound design job with vivid imagery and 3D graphics, as well as…

...a beautiful temple in the background surrounded by outstanding waterfalls and a large stone statue lurking behind the reel set.

The reels feature 5 low-value symbols from 10 to A, followed by the more themed icons of owl statutes, purple pendants, blue rings and red helmets.

Expectedly, Rich Wilde is a Wild symbol, while his daughter Cat Wilde serves as a Scatter.

The name-giving Shield of Athena symbol is here to turn wild on any spin, increasing its value, while it is also used to trigger the Medusa Re-Spin.

What About The Betting Options?

Speaking of symbols, let's see which of them should we look forward to seeing frequently on the reels!

Since Rich is the Wild, it will act as a substitute, doubling the wins, but...

The shield of Athena will reward to 50x the line stake unless it turns into the Wild symbol randomly. So, should this happen, it will pay twice as much, up to 100x the line stake.

The Scatter Cat Wilde doesn't reward you any coins, but it is responsible for triggering the feature.

As it always happens, card symbols are the lowest-paying ones giving you from 1x to 0.30x for five of a kind.

Coins pay up to 2x, followed by owls and rings, rewarding you 1x and 4x respectively.

Collect up to 10x the line stake for five helmets.

The game offers you 10 ways to win, and with only 0.10 a spin it’s affordable to anyone who wants to join the adventure, while the maximum bet allowed will reach $100.

The game boasts the return to player percentage of 96.25%, and, like all Play ‘n GO titles, this adventurous game has been created with HTML5 technology ensuring you can play on desktop, tablet and mobile devices.

The Rich Wilde and the Shield of Athena release gives you two opportunities to defeat the Medusa through its special features.

During the base game, you can randomly trigger the Medusa Re-spin feature where Shield of Athena symbols become wild for the re-spin, which triggers when the shields get locked in positions. .

Now, as we have mentioned earlier the Cat Wilde scatter symbol serves only to trigger the feature, so if you land 3 or more of them, the Medusa’s Gaze Free Spins feature begins!

What Can We Conclude?

Whether or not you have played the previous Play'n Go adventure-themed releases, you will find Rich Wilde and the Shield of Athena interesting, if not for other things, but another added character.

Besides, the game boasts superb visuals and two rewarding special features, as well as an amazing potential for winning 10,000 x stake!

Add your comment about Rich Wilde and The Shield of Athena