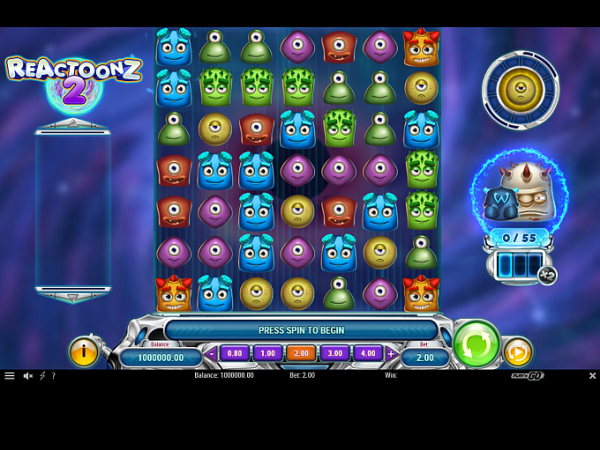 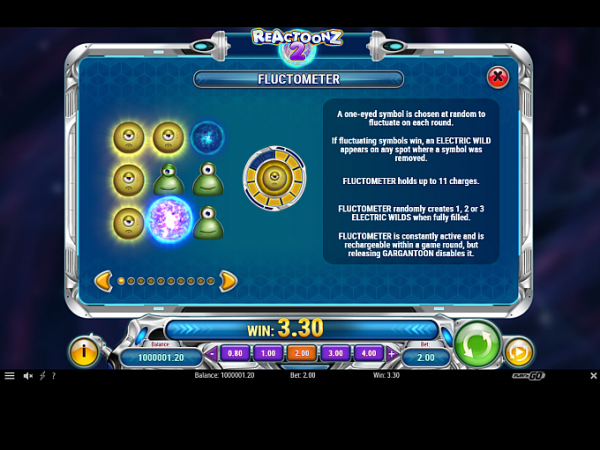 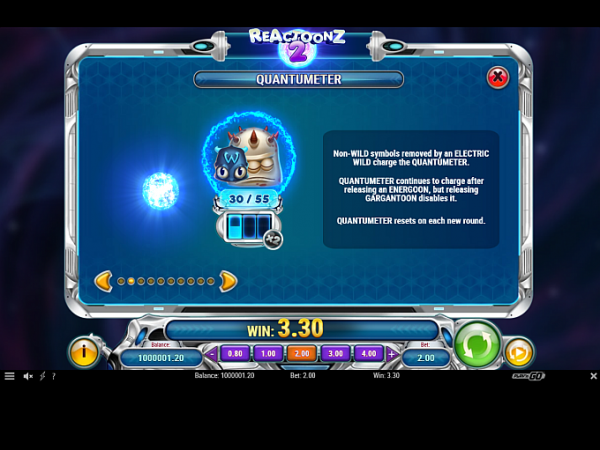 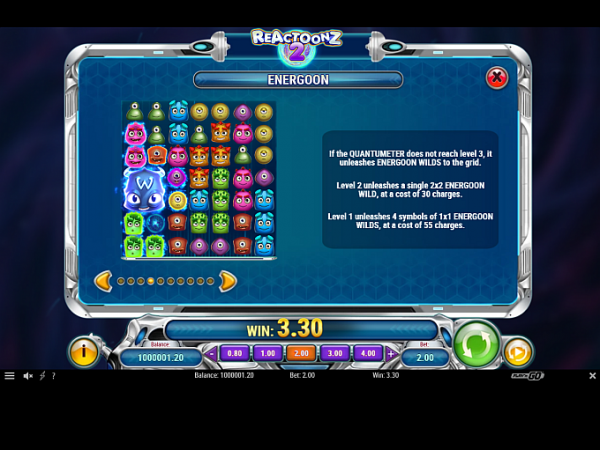 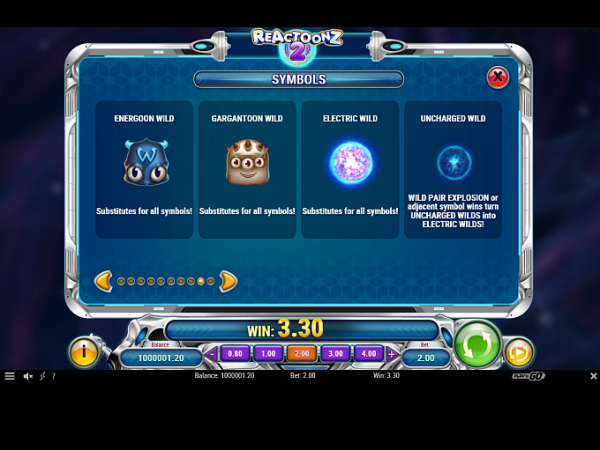 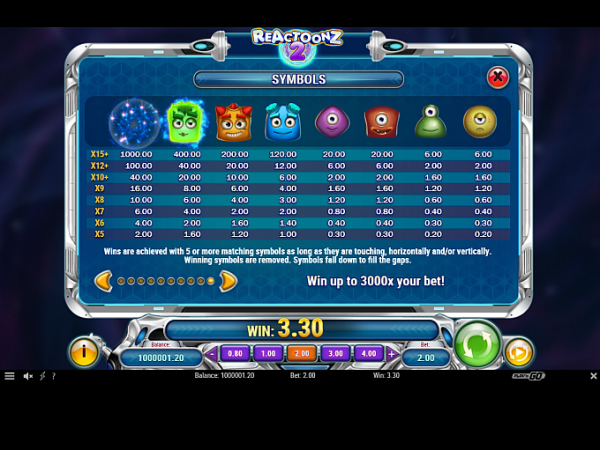 Here they come again! It's the closest cousins of Minions, Reactoonz!

They're back to provide us with more fun and joy and help you win some prizes! They're harmless even though they might seem savage on the first look, so let's hurry up and stop by their planet!

The original Reactoonz was released in 2017 and was soon discovered to be a marvelously designed game from Play’n GO, let’s see how the younger brother will do!

What’s The Theme About?

Reactoonz 2 is an online video slot designed and developed by Play’n GO software provider. The game is the 2nd part of ultra popular Reactoonz.

The creator of the game didn’t put much effort into improving the game visually but rather kept the original charming setting that eventually brought them glory.The background in this one is pretty simple,there's a blue color behind the semi transparent reels.

The electric energy is flowing through the blue background and along with the catchy beat it creates a nice atmosphere. As you can see, not much has changed in the visual aspect of the game, but the major changes await in the features segment!

When it comes to the pay table, there aren’t many changes either. You’re given the same 8 symbols as in the original release, split into high and low paying ones. Since the title also benefits from Cascade Reels the best possible outcome of 15+ clusters may reward u with up to 500x the bet.

On the other hand, there are 4 Wild Symbols, each of which will substitute for all other regular icons. These are Uncharged Wilds, Energoon Wilds, Electric Wilds and Gargatoon Wilds.

And What About The Betting Options And Features?

Reactoonz 2 video slot comes with a grid setup of 7 reels, 7 rows and features Cluster Pays Mechanic. This means that you’ll need to match at least 5 symbols horizontally and vertically to land a winning hand.

Cluster slots go well with the Cascading Reels which will see that the winning symbols are removed from the grid once the payout has been awarded, allowing new symbols to fill their spots.

Let’s get back to the stats, betting starts with €0,20 and ends with a maximum of €100,00 per spin. The developer managed to keep the RTP on the positive side, although they reduced it a bit, sitting at 96,2%. The volatility level is also the same, rated at 8/10 meaning it is still a highly volatile game.

The maximum exposure you can aim for in this edition is 5,083x the stake.

Earlier, we stated that the title benefits from Cluster Mechanic and this will be the main key when it comes to setting off the features. For example, on any spin one of the low paying symbols is chosen to become a fluctuating symbol.

If this symbol is involved in a winning combo an Electric Wild is added on the next cascade fall down as well as it fills the Fluctometer. The Fluctometer will reward you with 1-3 Electric Wilds once you manage to fill it up.

Next in the row is the Quantumeter, which gets filled when non-winning symbols get destroyed by Electric Wilds. Each symbol is worth 1 point and when you manage to collect 55, 85, 110 or 135 points here’s what you’ll get:

There’s also the Wild Pair Explosion Feature which is triggered when there are 2 or more Electric Wilds in view.

Shall We Wrap It Up?

It is out of the question if Reactoonz 2 passed the test. The thing that bothered us the most was the fact that the developer didn’t really put much effort into rebuilding the graphics, but an amazing set of features makes up for it.

This one-armed bandit is designed using the new HTML5 Technology and is now available on all of your devices, including mobile gadgets thanks to Play’n GO.


You can play Reactoonz 2 at the following casinos