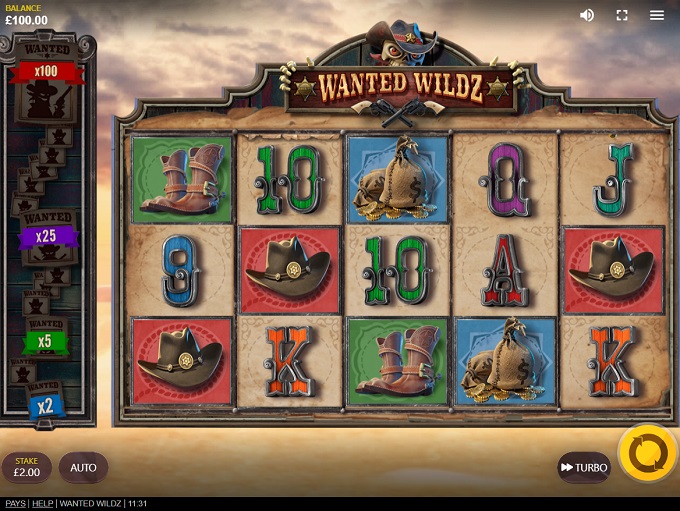 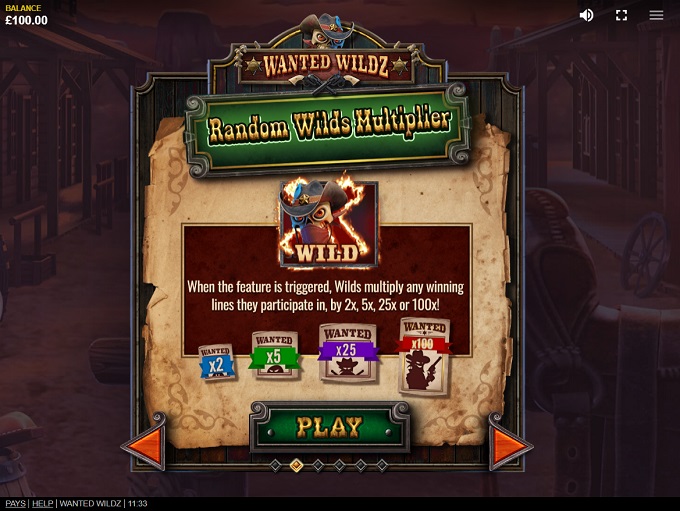 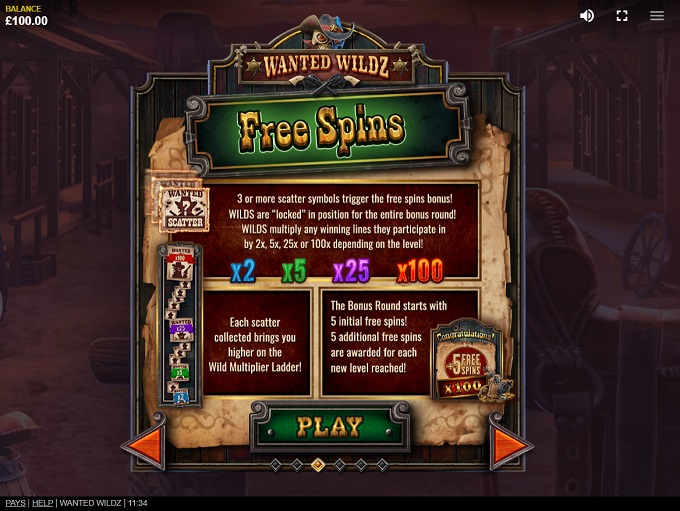 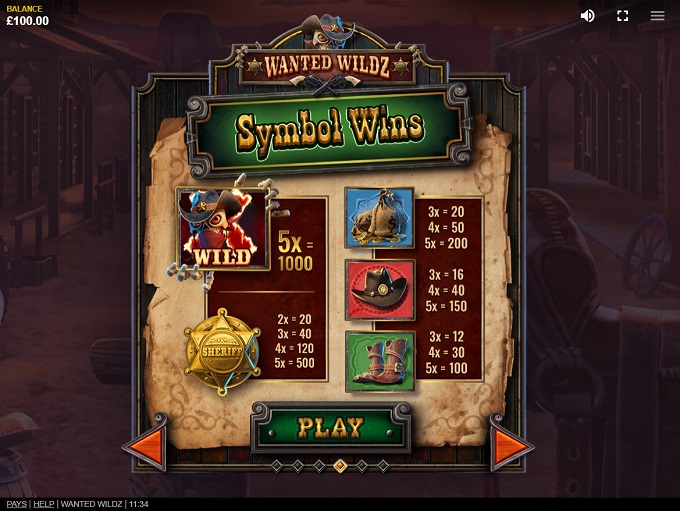 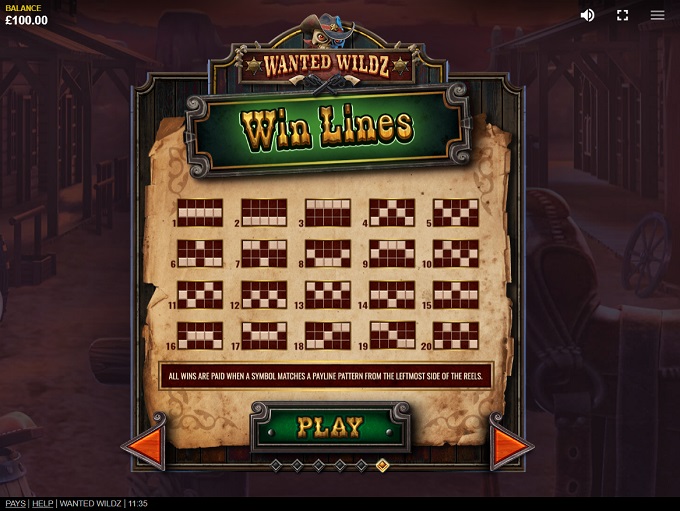 Wanted Wildz is an attractive online video slot inspired by the pastime of Wild West and its charms. Some wild bandits have been making a mess, and a sheriff’s job is to deal with them. Spin the reels and just for a second feel the vibe of that time.

This is one of the latest games powered by Max Win Gaming, released in August 2022. It plays on a 5x3 layouts with 20 fixed paylines, free rounds, and Wild symbols that bring fantastic win multipliers.

Wanted Wildz video slot comes with a return to player value of 96.05%.

This is an engaging online video slot taking us to the Wild West where a group of bandits have been plundering the town after town. Theme-related symbols and dusty street behind the reels perfectly fit into the story, reviving the atmosphere of the time of skillful gunmen, saloons, and gold rush.

Wanted Wildz online video slot features five reels and three rows with 20 fixed paylines crossed over the reels. Symbols create winning combinations landing on adjacent reels from left to right starting from the leftmost reel. In case of multiple wins on a single line, only the highest one will be paid, while wins on different lines will be added.

Wild - Bandit is a Wild symbol that can substitute for all other icons, except Scatters, when it is possible to create a longer winning combination. It also pays 1000 for five matching icons on an active payline.

Random Wilds Multipliers - The feature starts randomly during the base game. Wild symbols will multiply any winning line they participate in by x2, x5, x25, or x100.

Free Spins - When three or more ‘wanted’ Scatter symbols appear on the reels, independently of the paylines, five initial free spins are awarded. During the feature, Wilds are locked in positions for the entire bonus round and also multiply each win they participate in by x2, x5, x25, or x100. Each Scatter collected during the feature moves the player higher on the Wild Multiplier ladder and five additional free spins are given for every new level reached.

Wanted Wildz is an interesting online video slot, especially for players fond of still intriguing stories about the Wild West. Besides attractive graphics, solid payouts, and free rounds, players will like Wild icons that can significantly boost line wins multiplying them by up to x100. This is one more mobile-friendly video slot on the slot market.


You can play Wanted Wildz at the following casinos