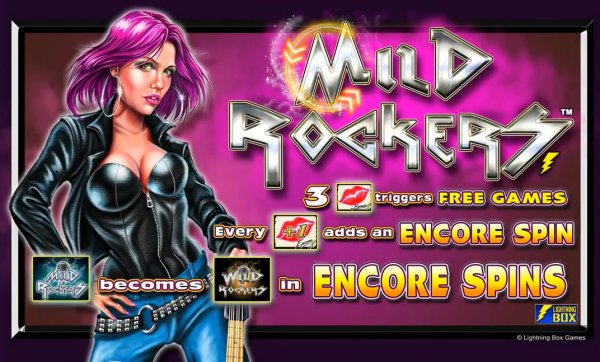 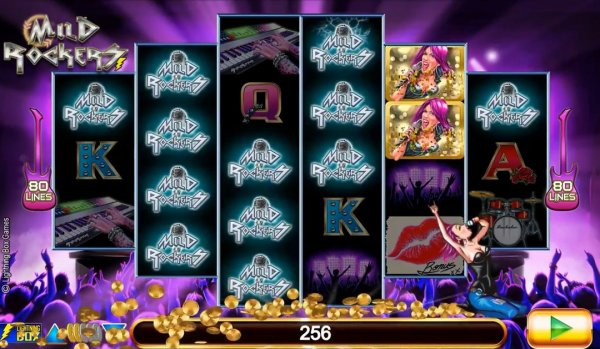 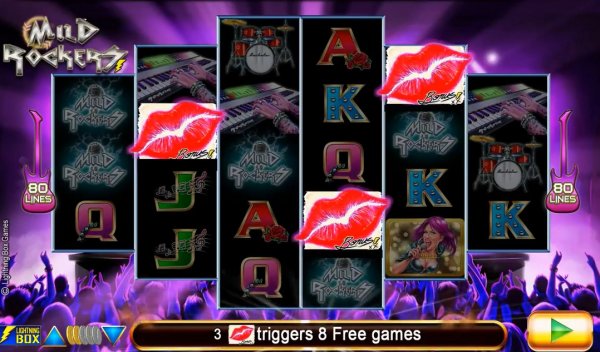 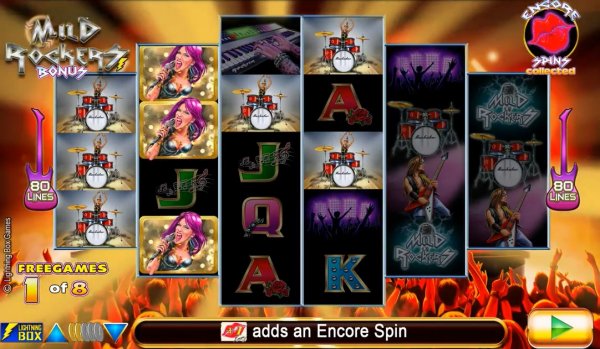 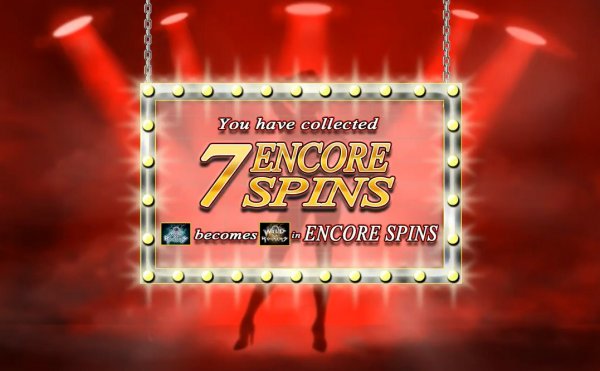 Get your rock on with Mild Rockers from Lightning Box Games. There’s nothing mild about this 80 line video slot though. With a unique 6 reel structure and several bonus rounds, Mild Rockers will rock your socks off.

If you like loud, and big, this slot is right up your alley. The music blasts as you spin the reels, and slick animation lights up the screen almost always; especially on a winning spin. Watching the guitar player slide across the bottom of the screen on her knees as she rocks out was an ongoing treat.

Mild Rockers uses a distinct 3x4x5x5x4x3 reel set. You have a total of 80 pay lines to play where a minimum of 8 is required to to set the reels in motion.

Base game rules are as follows. All wins are left to right, except for the KissLips bonus symbol which pays any way. The girl singer symbol is wild and substitutes all symbols except the scatter.

The bonus games are called - Encore Free Spins, Collection Game, and Moon Spins.Each bonus round has its own features that turn symbols into wilds, and reels into bonus reels.

I won’t lie, Mild Rocker can be a little overwhelming at first. There’s alot going on on those reels. But after a few spins, the eyes adjust and the mind becomes completely involved. The constant action is what keeps you entertained, and the lucrative bonus rounds are what keep you coming back for more.

Mild Rockers is a must play for any slot enthusiast that’s looking for something a little different.