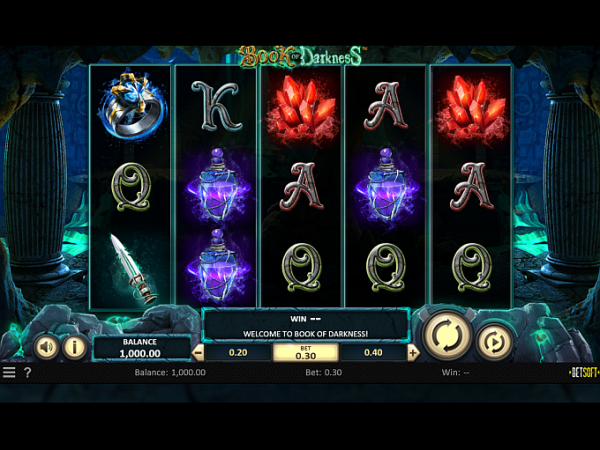 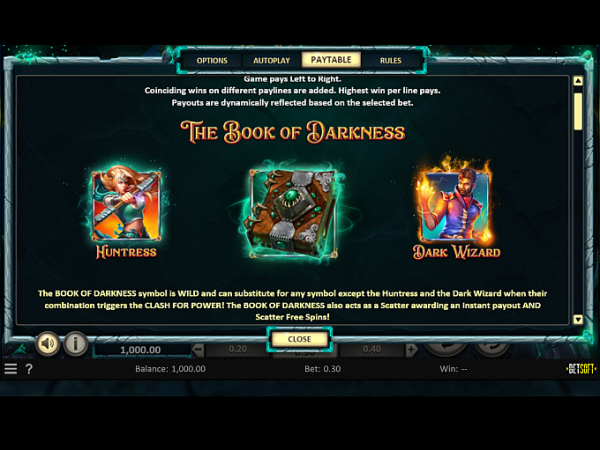 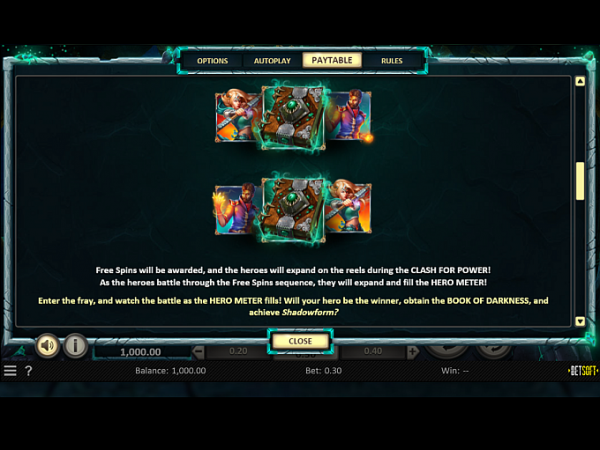 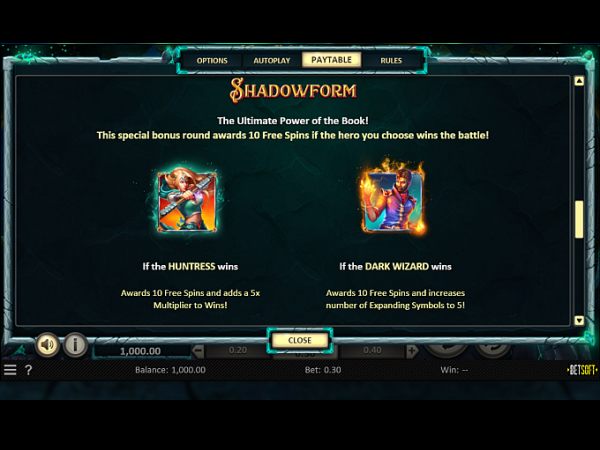 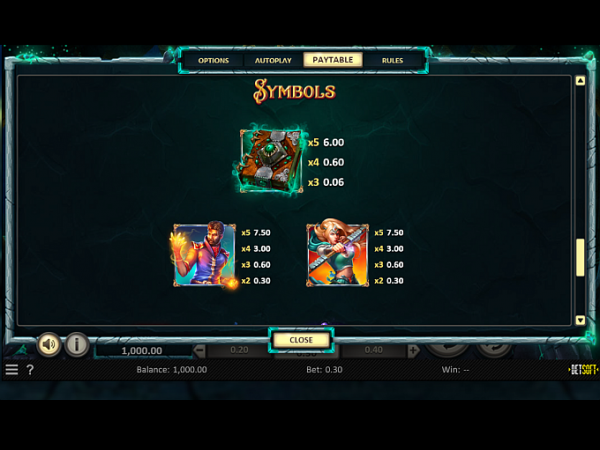 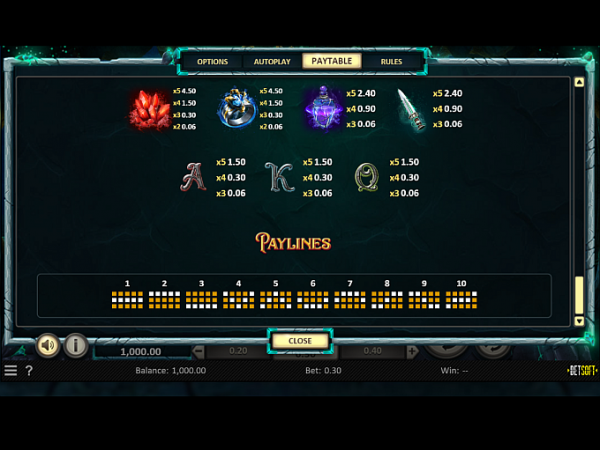 As punters have probably gotten used to from the creative team at BetSoft, they have designed another great looking slot machine with an interesting theme and a pack of amazing features!

Enter the fantasy world of Book of Darkness, a 5-reeled title full of mystery and hidden prizes!

Boasting 3 Free Spins features triggered in different ways, each with its unique characteristics, the title offers a maximum payout of 1,056x your wager!

What About The Theme & Symbols?

The game offers you a trip to a fantasy world, where you get to pick the fighter before you set off into the unknown and begin an epic battle between good and evil.

The semi-transparent black reels are set in front of some underground sanctuary with two pillars on both sides where you get to face some magic thanks to some fantasy elements that appear both in the background and on the reels!

The whole action is accompanied by a gloomy soundtrack and special effects that complement the symbols on the reels that include the Huntress, Book of Darkness, the Dark Wizard, as well as...

How Much Can We Bet?

The action takes place on a most frequently used reel set of 5 reels and 3 rows, offering 10 bet ways and a maximum payout of 1,056x the stake!

This fantasy-themed slot machine also comes with high volatility (see here) and a slightly above average RTP percentage of 96.48%, however, the betting range that starts at 0.10 coins and go up to 10 coins will not appeal to high-risk rollers.

The lower paying symbols consist of Q, K and A that reward 5x the stake for 5 in combination, followed by...

...a dagger and a potion rewarding 8x the stake, and a ring and crystals that will pay up to 15x the stake for five-of-a-kind.

The highest-rewarding symbols are the Huntress and the Dark Wizard that give up to 25x the stake.

When it comes to symbols, it's always the special ones we look forward to seeing, and, as you may have expected from the game's title, the Book has to boast some special role!

Here, it acts as a Wild symbol that you can use as a replacement symbol, but it also offers two other roles: one being a Scatter as well, and the other that gives you an instant prize of up to 20x the stake for five of them on the reel set!

Pay attention to every Huntress or Dark Wizard symbol landing during the bonus round, as they will expand and fill their Hero meter. Whoever fills it first, is the winner, and if your prediction was correct, you would go to...

If you got here thanks to the Dark Wizard, you would have 5 symbols to expand, but...

...if the Huntress was the winner of the battle, you will be awarded a 5x multiplier for any wins that include the Dark Wizard, Huntress, Crystal or Ring symbols!

Should We Wrap It Up?

Since coming from the BetSoft slot list, it comes as no surprise that the title boasts some excellent graphics and sound effects, however, it does come with some complex rules.

Though the maximum payout of 1,056x the stake may not attract you at first, once you trigger one of three different Free Spins bonus rounds, the action really heats up and enriches the player experience!


You can play Book of Darkness at the following casinos