Home / Software / Betsoft Gaming / Back to the Venus 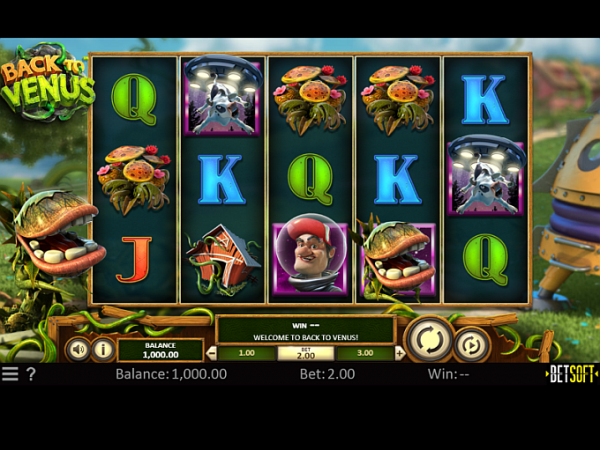 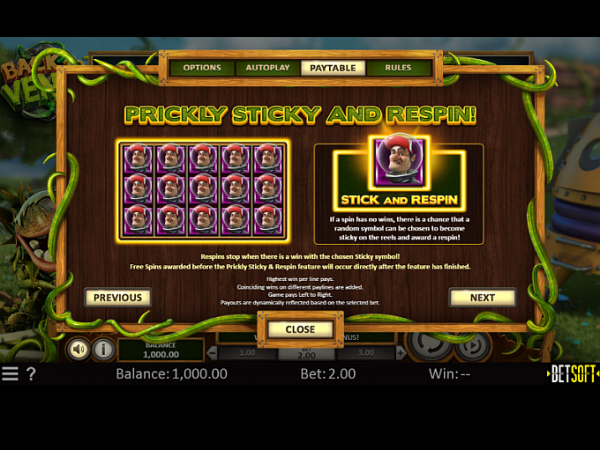 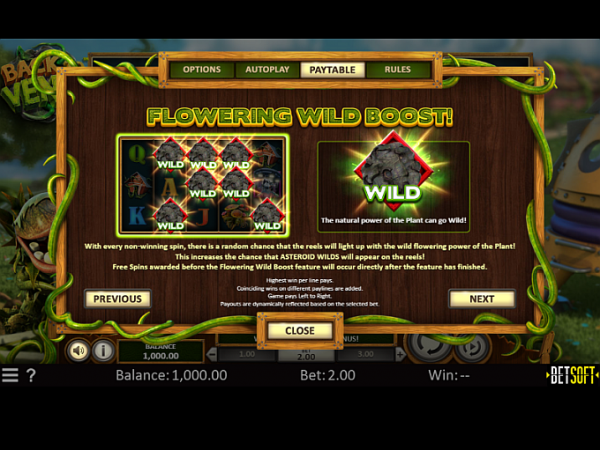 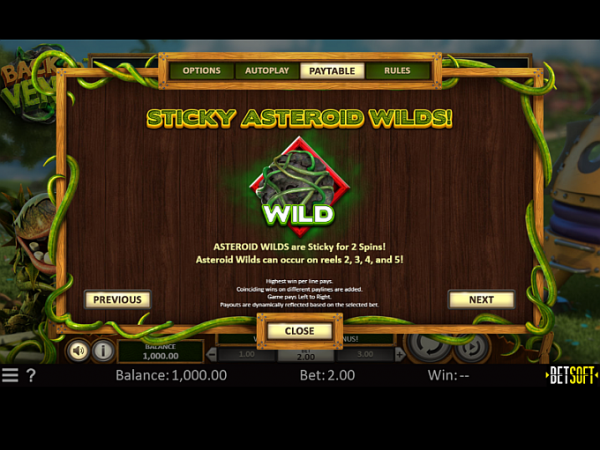 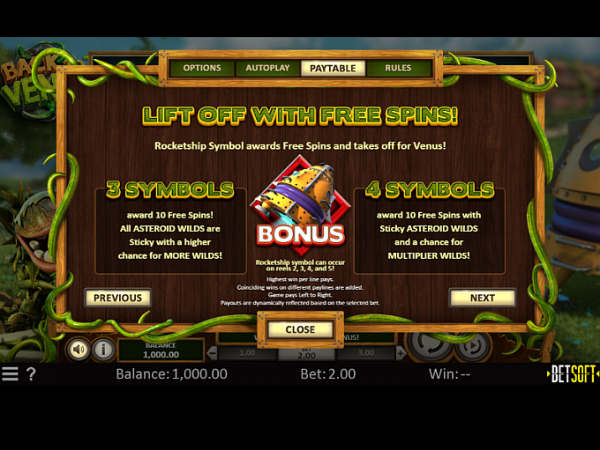 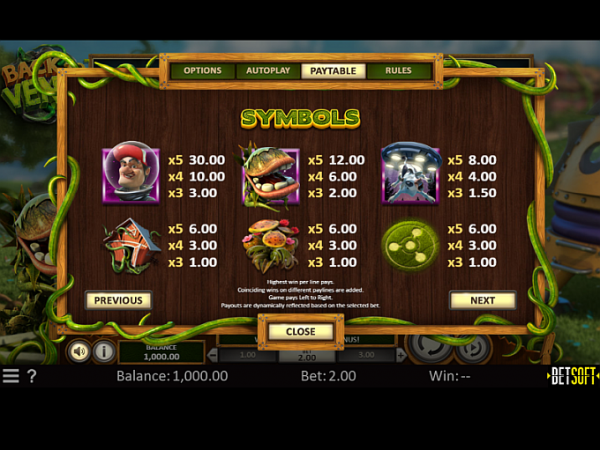 Back to the Venusby Betsoft Gaming

Back to Venus is a younger version of “It Came from Venus” of the same developer Betsoft released in 2020!

Haven't you ever thought of the idea that there's another life in the universe?

...you don't have to wonder anymore, because the aliens have been confirmed on Back to Venus and this time they're invading a farm!

Some say this is a younger brother version of “It Came from Venus” by Betsoft.

Back to Venus is a game by Betsoft Gaming, a sequel to their existing game about meat-eating plants from Venus!

In this sequel the alien plants are back and they're attacking a farm!

The graphics are amazing in this new video slot, but that doesn't come as a surprise!

Rockets, Alien Plants, UFO’s, Astronauts, Fields, Barnes and Farmer are just some of the symbols you'll see that make this game fun to play!

We also have our lovely royals, K, Q, J, A and 10 as well as Wild and Scatter Symbols.

Back to Venus comes with a setup of 5 reels, 3 rows and 25 paylines.

Due to the RTP being unknown and volatility level low to medium, we advise low rollers to start their bets with smaller amounts rather than go in big.

...the Scatter symbols which will be the key to the Free Spins feature.

...in order to provide as many winning combinations as possible.

There are also bonus symbols that will multiply your winnings by a certain amount depending on your bet.

...that come in the shape of meat-eating alien plants.

Betsoft has never failed us in the past, so we can expect nothing less than an exciting and fun release from this company.

Another great thing is that Betsoft is constantly expanding and making new partnerships and deals in order to provide the best content for us!


You can play Back to the Venus at the following casinos