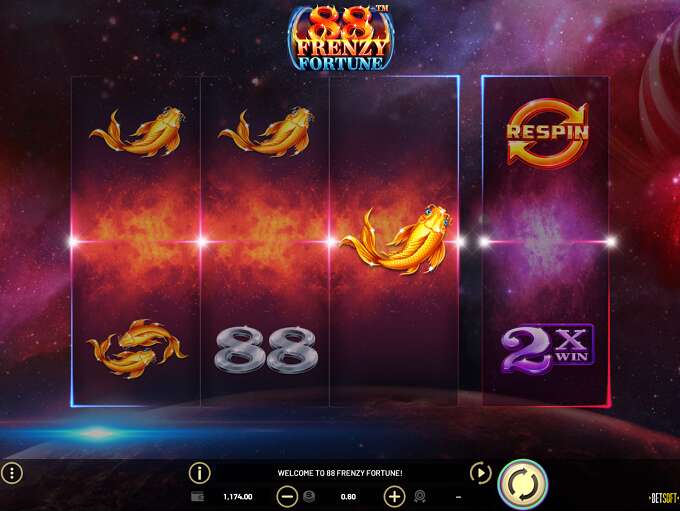 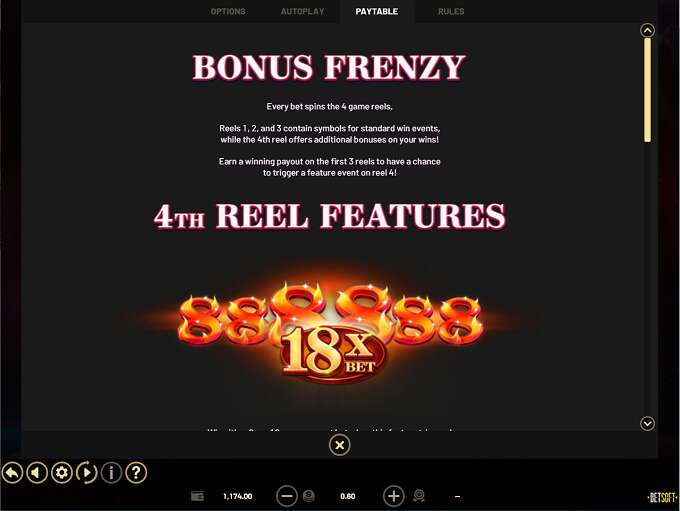 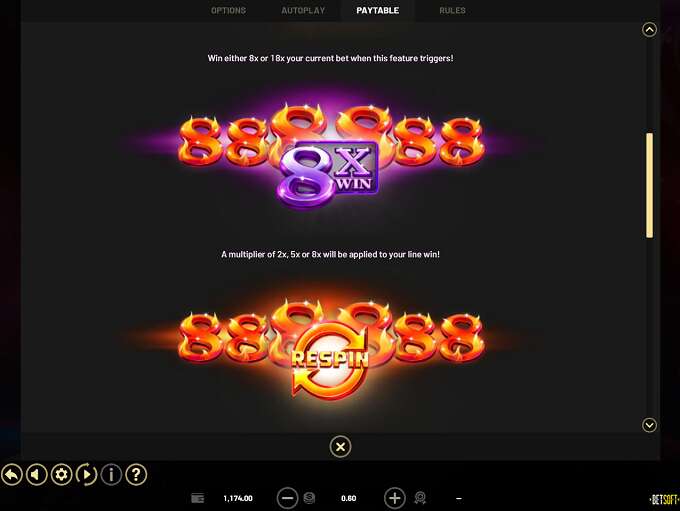 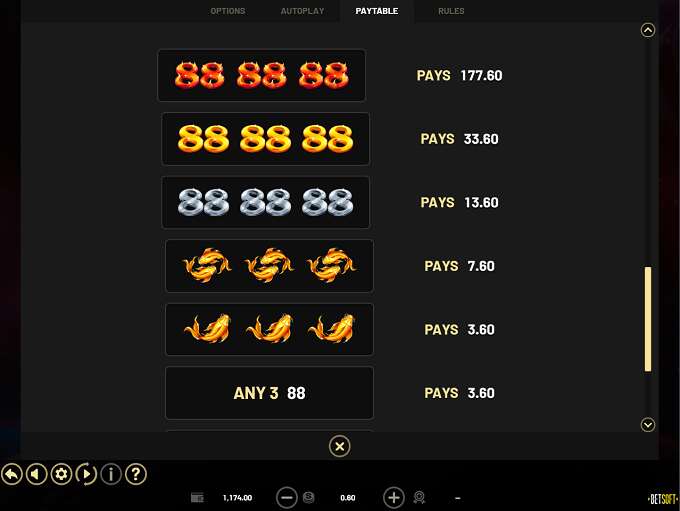 Venture deep in Cosmos and find out what secrets it holds! You’re in for an interesting surprise!

88 Frenzy Fortune is an online game released in August 2021 by a prominent IGaming developer BetSoft which plays on a 4x3 grid configuration with 1 payline and offers features such as respins, multipliers and more…

…it is good to know that this online slot possesses a return to player value of 96%.

So with that in mind let’s venture forward into our adventure!

The overall concept of this online video slot revolves around space exploration and venturing deep into the unknown parts of cosmos filled with colorful nebulas and mysterious distant planets.

As soon as you load up the game you will find yourself floating in space irradiated by a fiery red star system while the electronic tune blasting through the premises sets an uplifting tone and enriches the whole experience.

As far as paytable is concerned:

88 Frenzy Fortune is a 4x3 online video game with 1 payline where betting ranges span from the lowest available valued at 0,06 coins up to 30 coins per spin, which will certainly bode well for those low – rollers.

The best odds percentage of the game of 96% makes it just on the edge of the current iGaming standard while the top payout stands at x2368 the bet.

The way this game functions is that all 4 reels spin on each bet where symbols appear on 1st, 2nd and 3rd reel while the 4th reel displays additional bonuses attached to your current win.

If you manage to land a winning payout of the first 3 reels, you might get a chance of triggering a feature on the 4th one, so let’s take a look at what they might be:

- Once triggered, the 4th reel will respin and reward you with an identical win with x1, x2, x3 or x4 multiplier attached to it. Whenever a new respin icon lands, the feature re – triggers, up to 5 times on a single win that triggered it.

88 Frenzy Fortune is a space themed online video slot which comes with a few interesting features, but there is nothing really that stands out here in particular.

Although we must say it would probably be a delight for the low – rollers and the addition of a decent RTP value is something that they can certainly look forward to!


You can play 88 Frenzy Fortune at the following casinos